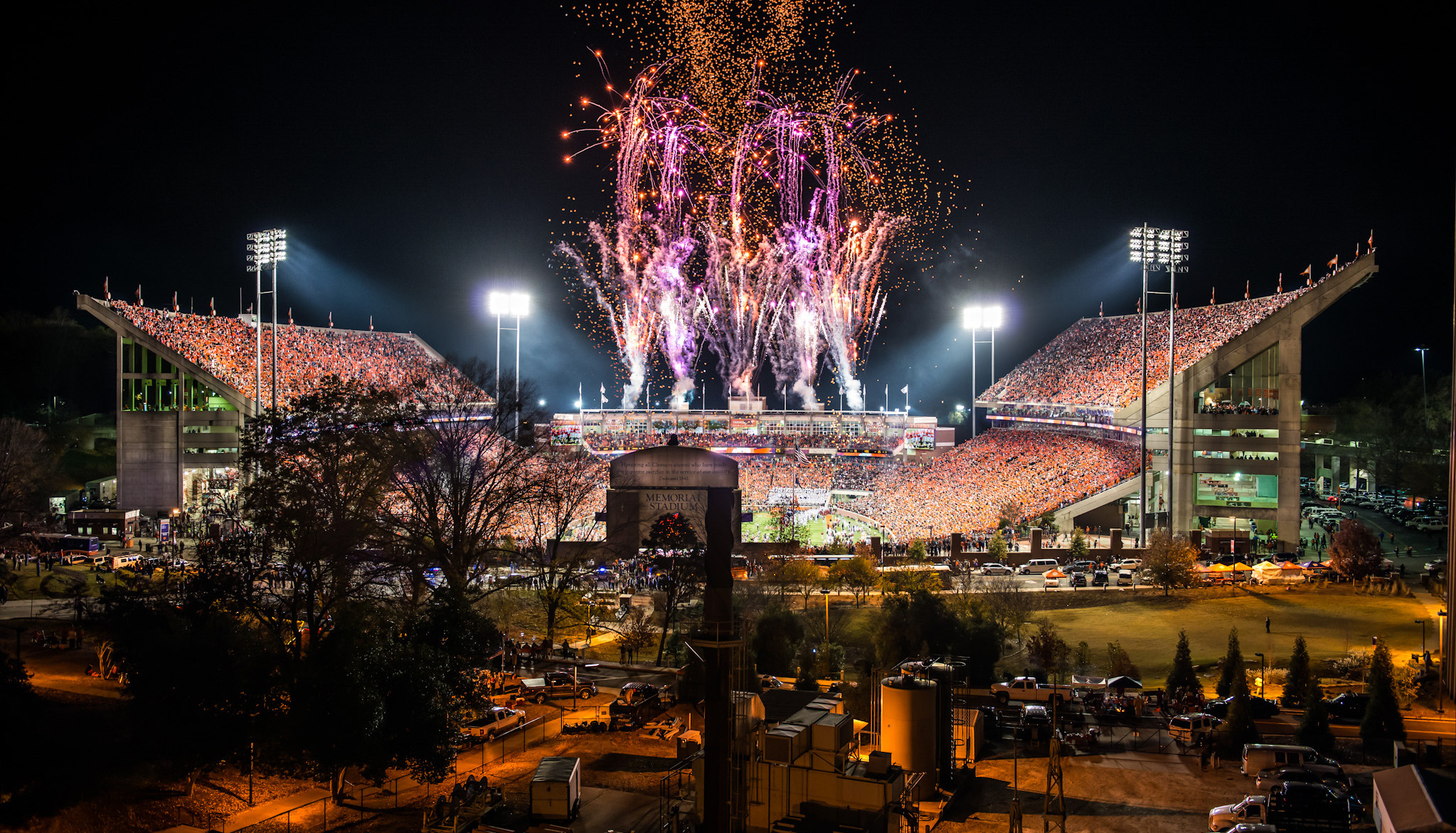 CLEMSON, SC – The Clemson Athletic Department has announced home game designations for the 2013 football season.  The Tigers will play three games in 2013 against teams that finished the 2012 season in the top 10 in the nation, and two of the three games will be at Memorial Stadium.

Clemson will open the 2013 season at home against the first of those opponents, Georgia, on Saturday, August 31 in a game that is designated Solid Orange Day.  The game between the Tigers and Bulldogs, which will be the first meeting between the two long-time rivals since 2003, will kick off at 8 PM and will be nationally televised on ABC.

The Tigers’ game against South Carolina State on September 7 will be designated Family Weekend and Youth Day.  Clemson will celebrate Homecoming on September 28 when Wake Forest travels to Tigertown.

The October 12 game against Boston College will be Hall of Fame Day and Football Reunion Weekend.  Clemson will hold IPTAY Day the following Saturday, October 19, when the Tigers play host to Florida State, their second opponent ranked in the final top 10 for 2012.  Clemson will host the program’s first Thursday night game since the 2002 season on November 14 when Georgia Tech makes its second trip to Memorial Stadium in two seasons.

The team’s final home game of the year, against The Citadel on November 23, will be a busy day in Clemson.  The Tigers will honor the 2013 seniors as they run Down The Hill for the final time in their careers.  The game will also be Military Appreciation Day, as Clemson will honor the military tradition of both schools.  In conjunction with Military Appreciation Day, Clemson will hold its first ever Purple Out, in which fans will be asked to wear purple to the game.  The Purple Out, a Clemson University student-driven initiative, is meant to represent the great significance the color purple has to the United States Military and Clemson University.  It is symbolic of the courage and sacrifice possessed by those recipients of the Purple Heart award.

Season tickets for the 2013 football season are now available for IPTAY members, and can be purchased online at ClemsonTigers.com or over the phone by calling 1-800-CLEMSON.  Additional information about ticket packages and single-game tickets for 2013 is available HERE.

The football team will hold its annual spring game on Saturday, April 13 at 4 PM at Memorial Stadium.  Information about all of the events surrounding the Solid Orange Weekend of April 12-14 is available HERE.  Clemson also announced that Fan Appreciation Day for 2013 will be held Sunday, August 18.