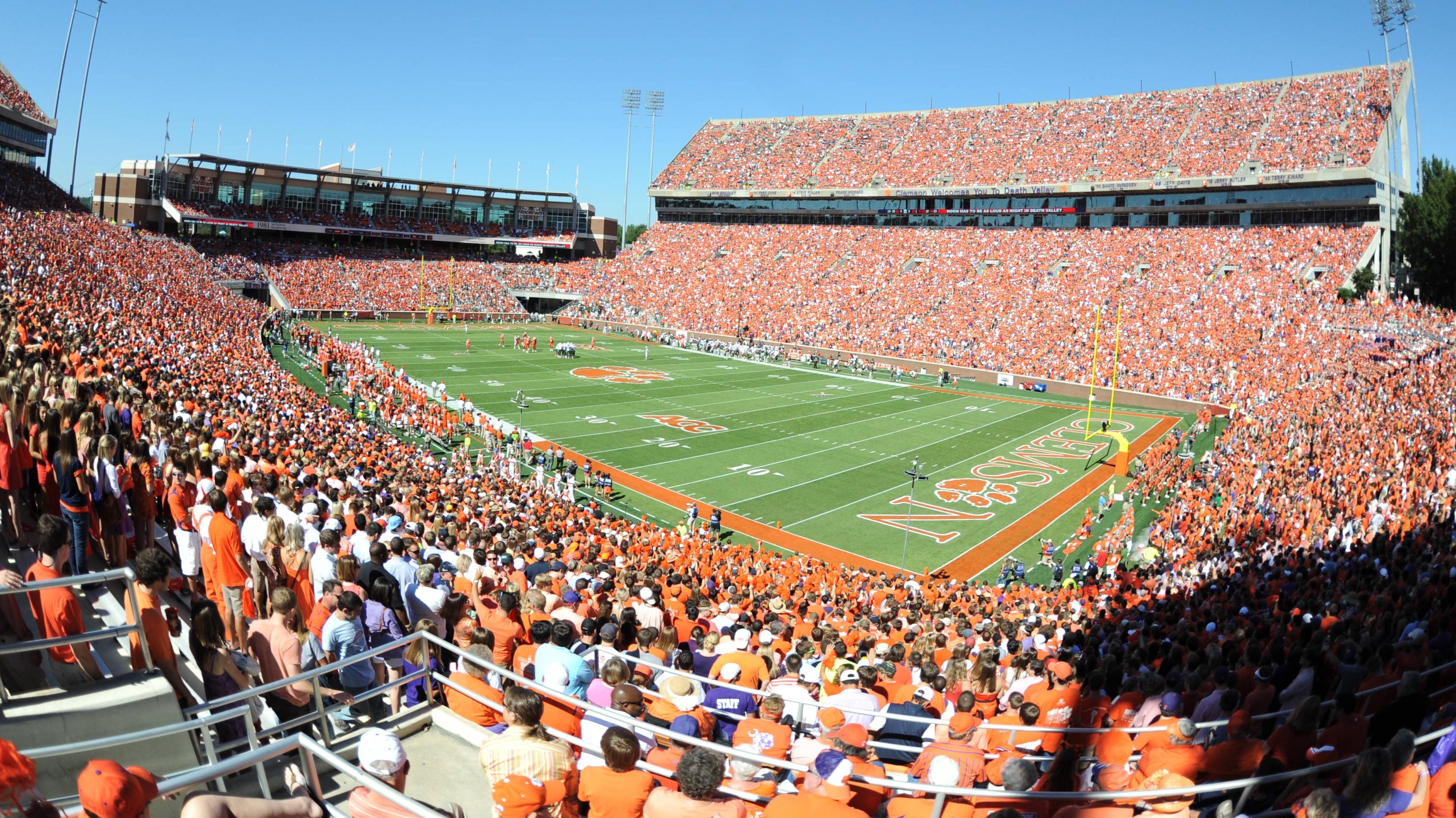 CLEMSON, SC – The Clemson University Athletic Department announced today that season tickets for Clemson’s 2013 football campaign will be available for purchase on March 15.

Season and single-game tickets may be purchased online at ClemsonTigers.com or in person at the Clemson Athletic Ticket Office located at the northwest corner of Memorial Stadium.  Paper applications for season ticket holders will also be mailed the week of March 25.

Clemson will offer a Kickoff Package, which will include the Georgia and South Carolina State games for $85. The Kickoff Package will be available to select IPTAY levels during the priority purchasing time.  Any remaining packages will be released by IPTAY level beginning in late May.   Single game tickets will go on sale to the public, based on availability, in early July.

The adult price for the South Carolina State and The Citadel games will be $35 per ticket and a $10 youth ticket (high school and under) will also be available for those games.

Gameday designations will be announced later this month once plans have been finalized.