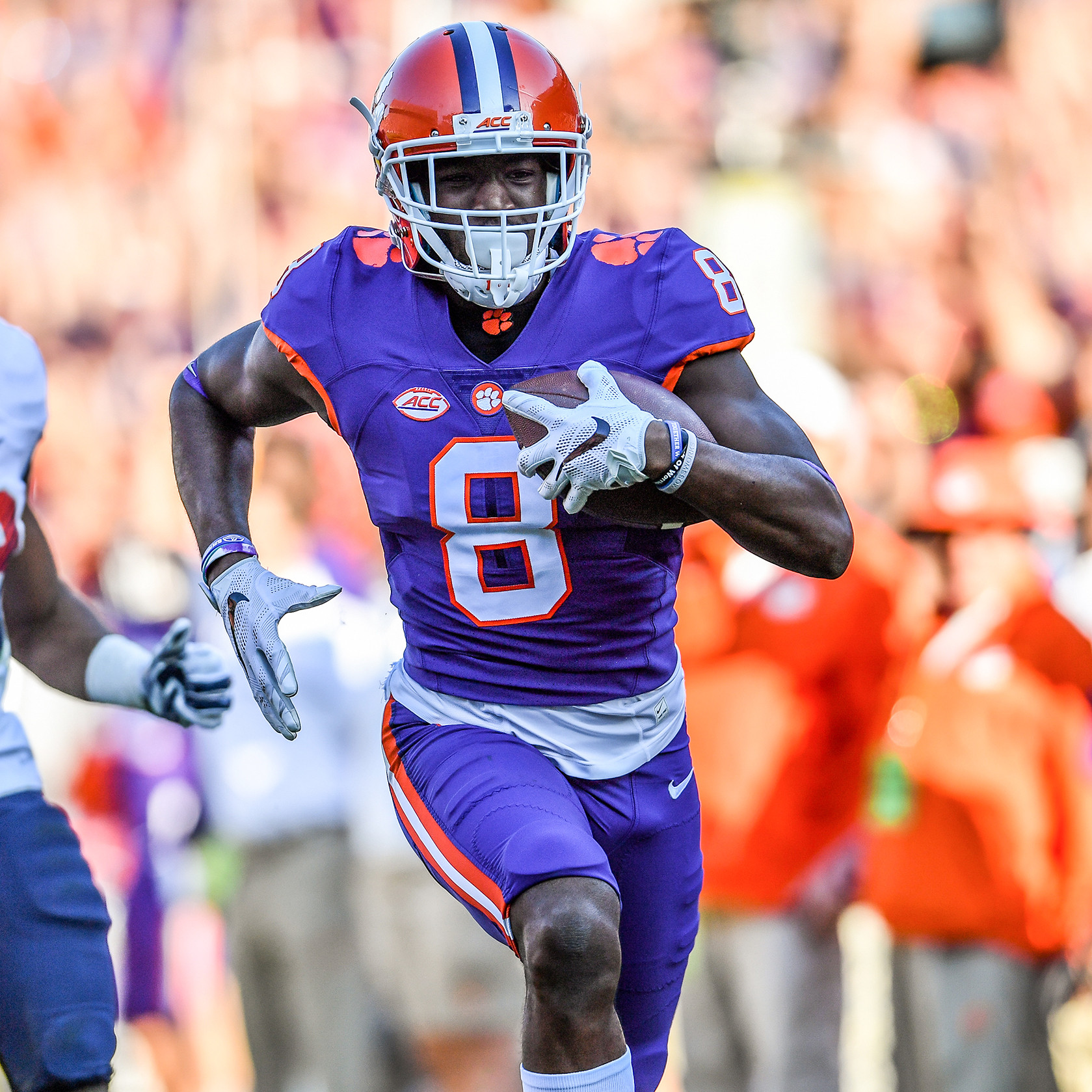 CLEMSON, S.C. – Junior wide receiver Deon Cain was named to the 2017 Biletnikoff Award Watch List, announced Tuesday. The award is presented each year to the top receiver regardless of position in college football.

He had 38 receptions for 724 yards and nine touchdowns last year for Clemson’s national championship team. His 19.1 yards per reception led the team and was the second most by any Tiger with at least 30 receptions since 1993.

Cain’s nine receiving touchdowns were seventh most in school history and a record for a non-starter. Cain and All-American Mike Williams played the same position and were rarely in the game at the same time last year.