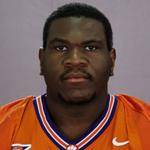 Team Finished the season ranked 22nd in the final Associated Press and ESPN/USA Today Coach’s polls, Clemson’s 20th season in the final rankings. The team also ranked 17th in the final Sagarin Computer rankings. Defeated two top 10 teams during the season, a third-ranked Florida State team on November 8, and a sixth-ranked Tennessee team on January 2. This was the first time since the 1981 National Championship team, and just the second season in school history that Clemson defeated two top 10 teams in the same year. Defeated two teams (Florida State and Tennessee) that ended the season with 10 wins. It marked the first time since 1989 that Clemson had beaten two 10-win teams in the same season. Concluded the season with a 27-14 victory over sixth-ranked Tennessee in the Chick-fil-A Peach Bowl. It was the second highest ranked team Clemson has defeated in a bowl game. The only school with a higher ranking that Clemson defeated in a bowl game was Nebraska (fourth) in the 1982 Orange Bowl. Defeated four teams that played in bowl games (Georgia Tech, Virginia, Florida State and Tennessee). The win over the third-ranked Seminoles was Clemson’s first win over Florida State in 14 years and it is the highest ranked team Clemson has ever beaten in football. Clemson was named National Team of the Week by the Football Writers Association for its victory over Florida State. Clemson defeated three top 25 teams overall, as Clemson also defeated a top 25 Virginia team in overtime (30-27) on Clemson’s homecoming. Defeated rival South Carolina by a 63-17 score. The 63 points were the most points a Clemson team has ever scored against South Carolina and the 46-point victory margin was Clemson’s greatest in the series since 1900. Defeated league rival Georgia Tech by a 39-3 score. The 39 points were the most Clemson has ever scored in Atlanta and the 36-point victory margin was the Tigers greatest over the Yellow Jackets since 1903 when John Heisman was Clemson’s head coach. Won each of its last four games by a combined108-point margin. Among the nine Division I teams that won their final four games, only Associated Press National Champion Southern Cal had as great a victory margin over the final four games. First Clemson team since 1990 to win its final four games of the season. Clemson offense set school season records for total offense (5467) and first downs (303). Ranked 20th in the nation in scoring defense, allowing 19.2 points per game. Ranked second in the nation and first in the ACC in kickoff returns.

Academic Accomplishments Ranked 11th overall and second among public institutions in graduation rate among the 117 Division I schools in a study conducted by the NCAA. Clemson had an 89 percent graduate rate for its African American players in the study, seventh best among Division I schools in the NCAA study. Wide receiver Tony Elliott, an engineering graduate student, was named to the CoSIDA Academic All-District team. Elliott was named one of three captains of the Clemson team at the conclusion of the season in a vote by his teammates. Starting tackle William Henry earned his master’s degree by the end of the regular season, the first Clemson football player to earn two degrees before the completion of his playing career. Became the first Clemson team to defeat Tennessee since 1919. Twelve players on the Clemson roster for the Chick-fil-A Peach Bowl already had their undergraduate degrees.

Player Accomplishments Quarterback Charlie Whitehurst concluded the season ranked 14th in the nation in total offense. He set an ACC record for passing yardage by a sophomore with 3561. He established 29 Clemson records during the course of the season on a game, season and career basis. Whitehurst became just the second sophomore in ACC history to exceed 5,000 yards passing. Derrick Hamilton led the ACC and ranked 23rd in the nation in all-purpose running. He became Clemson’s career pass reception leader with 167, breaking Rod Gardner’s record by one reception. Hamilton also became just the second Clemson receiver to reach 1000 yards in a season. He became Clemson’s career leader in all-purpose running yardage. LeRoy Hill ranked second in the nation in tackles for loss and was named first-team All-ACC. He was named the defensive player of the game and running back Chad Jasmin was named the offensive player of the game in Clemson’s Chick-fil-A Peach Bowl victory over Tennessee. Kicker Aaron Hunt became Clemson’s career scoring leader with 329 points.