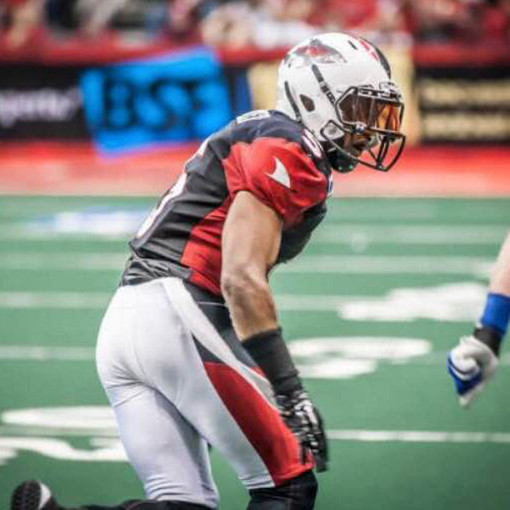 Xavier Brewer – In the Arena

In the opinion of ESPN, Clemson’s 2008 recruiting class was the greatest in school history. Tommy Bowden’s final class of newcomers included 10 of the top 150 players in the nation and was No. 2 in the nation.

Rated No. 65 in that class was defensive back Xavier Brewer, a teammate of Parker at Bartram Trail High School in Jacksonville, Fla., who became a three-year starter for the Tigers in the secondary.

You could say ESPN got it right, because that class went on to set the foundation for Clemson’s current status as a consistent top-15 program. The redshirt juniors and seniors in the freshman class of 2008 brought Clemson its first ACC Championship in 20 years in 2011 and its first 10-win season in 21 years.

Brewer started all 13 games on that ACC Championship team and is proud to be a part of such a significant class.

“We all take pride in what we accomplished and the positive effect it had in helping the program become what it is today,” said Brewer. “It is a great time to be a Clemson Tiger. My home is all orange!”

Brewer played 53 games between 2009-12 and started 34. He finished with 193 tackles, 16.5 tackles for loss (among the top 20 in Clemson history among defensive backs), 23 pass breakups and five interceptions. He was named a permanent co-captain his senior year in 2012 when the Tigers finished the season ranked No. 9 in the final USA Today poll, Clemson’s first top-10 ranking since 1990.

In the spring of 2013, he was not drafted, but he signed a free-agent contract with the Dallas Cowboys. He made it to the final round of cuts, but on August 31, he was released.

Still with a passion for football, Brewer joined the Arena League’s Jacksonville Sharks in the spring of 2014. While it is football, it is certainly a different brand.

“It is totally different,” admitted Brewer. “The field is 50 yards long and the width is half as much. It is like playing in a hockey cage. The wall all around the playing surface makes it a totally different game. That wall is undefeated!”

It took some getting used to, especially for a defensive player. Brewer had an outstanding rookie season, as he had 69 tackles (second most on the team), three interceptions and three recovered fumbles.

“The scores are like basketball games. Teams will score in the 70s. It is tough to get used to from a defensive standpoint.

“It is a fun game and one that is fan friendly. The fans are right on top of the playing surface. We played in basketball arenas. One drawback was that we were playing on old-school AstroTurf over concrete. I still have some burns to prove it.”

Brewer came back for his second season in the Arena Football League in 2015, and through 12 games he was fourth on the team in tackles with 41 and the team had a winning record. But the fire to play the game was not what it had been for Brewer.

He has now set his sights on a career in coaching. This fall he will continue to “pay the bills” as a personal trainer for Set Performance in Jacksonville, but he is most excited about becoming the head coach at Landrum Middle School in Ponte Vedra, Fla.

“Football has always been in my blood,” added Brewer. “I played from the time I was six, my dad played in the NFL and so did my older brother. I had a great experience at Clemson. Now I am passionate about getting into coaching. I have always been the type to stay up late watching film, and now I have a team to coach. I am very excited for the fall.”

Head coach Dabo Swinney, who recruited Brewer, is not surprised when asked about the direction of Brewer’s career.

“Xavier was a great representative of our program and was a student of the game when he was a player here. I think he will be a terrific coach. Don’t be surprised to see him coaching at Clemson some day.”