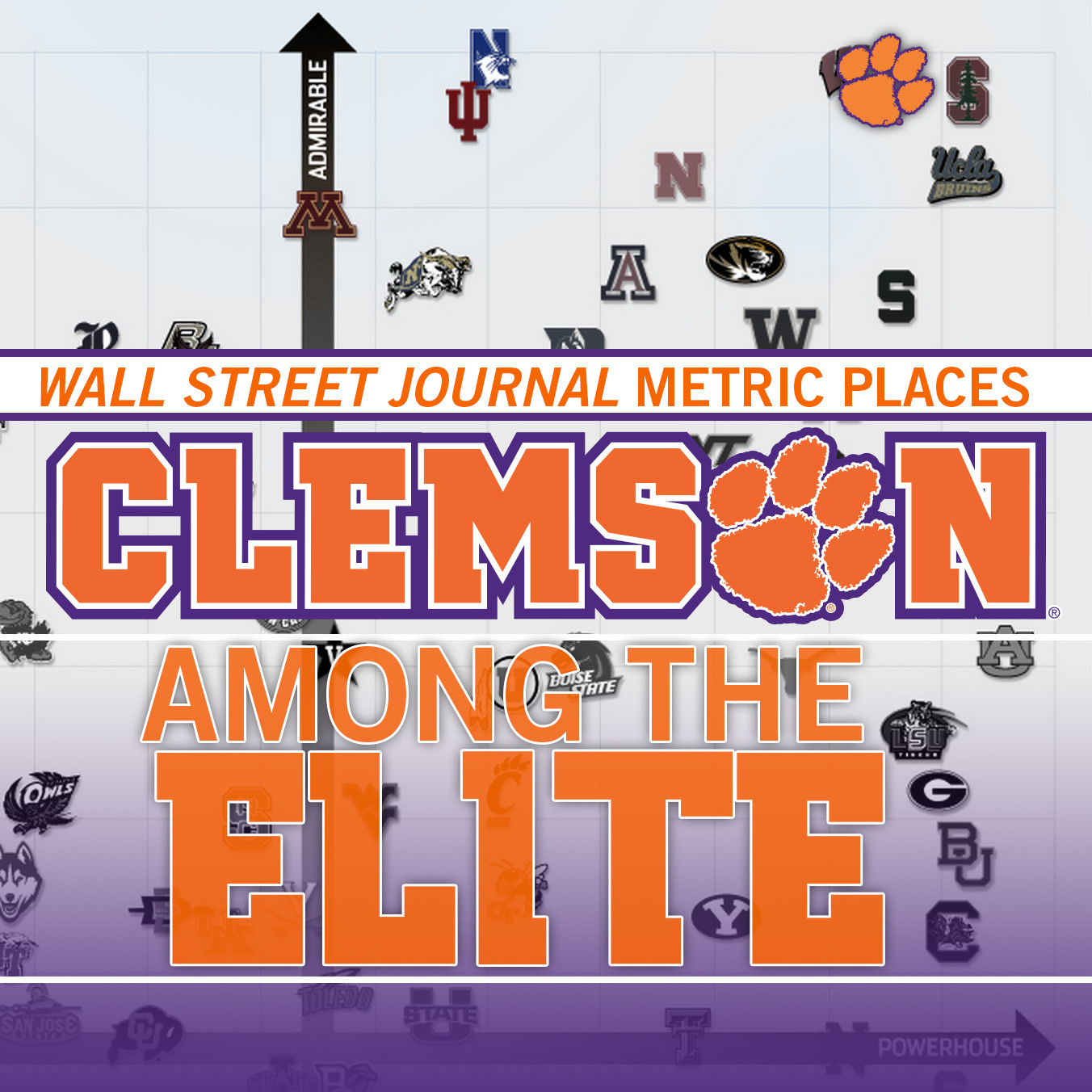 Following three consecutive 10-win seasons, including back-to-back top 10 finishes on the field, coupled with four straight years ranked among the top 10 percent in the NCAA’s Academic Progress Report, Clemson football again is perched in the top right corner of the Wall Street Journal’s grid of “admirable” and “powerhouse” programs.

The Journal places teams across an x-axis based upon on-field success with a y-axis correlated to off-field reputation. According to the article:

We decided the thin line between admirable and embarrassing with a weighted calculation of every team’s academic performance, NCAA violation and probationary record, attendance figures, off-season arrests, total funding it takes from the university or state and amount that student fees subsidize the athletic department.

This is the Wall Street Journal’s fourth annual grid, and Clemson has been in the top right quadrant each of the last two years.