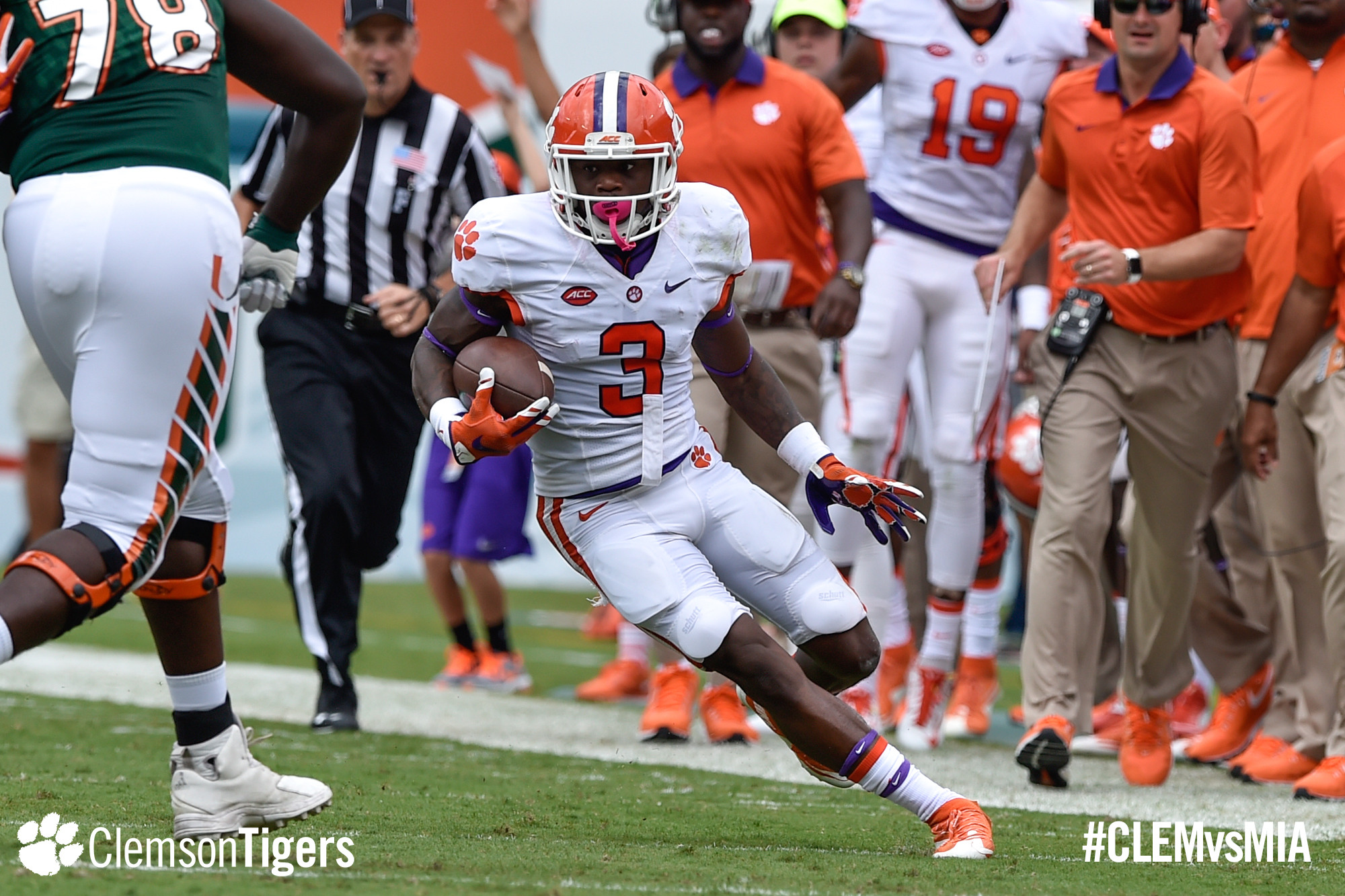 Clemson S.C.—Clemson wide receivers Mike Williams and Artavis Scott have both been named to the Biletnikoff Watch List. The award is presented each year to the top receiver in college football and is named after former Oakland Raiders receiver Fred Biletnikoff.

Clemson is one of eight schools with two players apiece on the Watch List. The others are Georgia State, Indiana, Texas A&M, Alabama, Oklahoma State, Florida State and Nebraska.

Williams had 57 catches for 1030 yards and six touchdowns in 2014. He missed all but one possession of the 2015 season after suffering a neck injury on the opening drive of the season. He suffered the injury while catching a touchdown pass against Wofford. Williams was a second-team All-ACC selection in 2014.

Scott led Clemson in receptions last year with 93 for a team best 901 yards and six scores.  The reception total was second best in Clemson history. For his career he has 169 receptions, more than any other active ACC receiver.  He also has 1866 receiving yards and 14 scores.  He has been a first-team All-ACC selection each of the last two years.