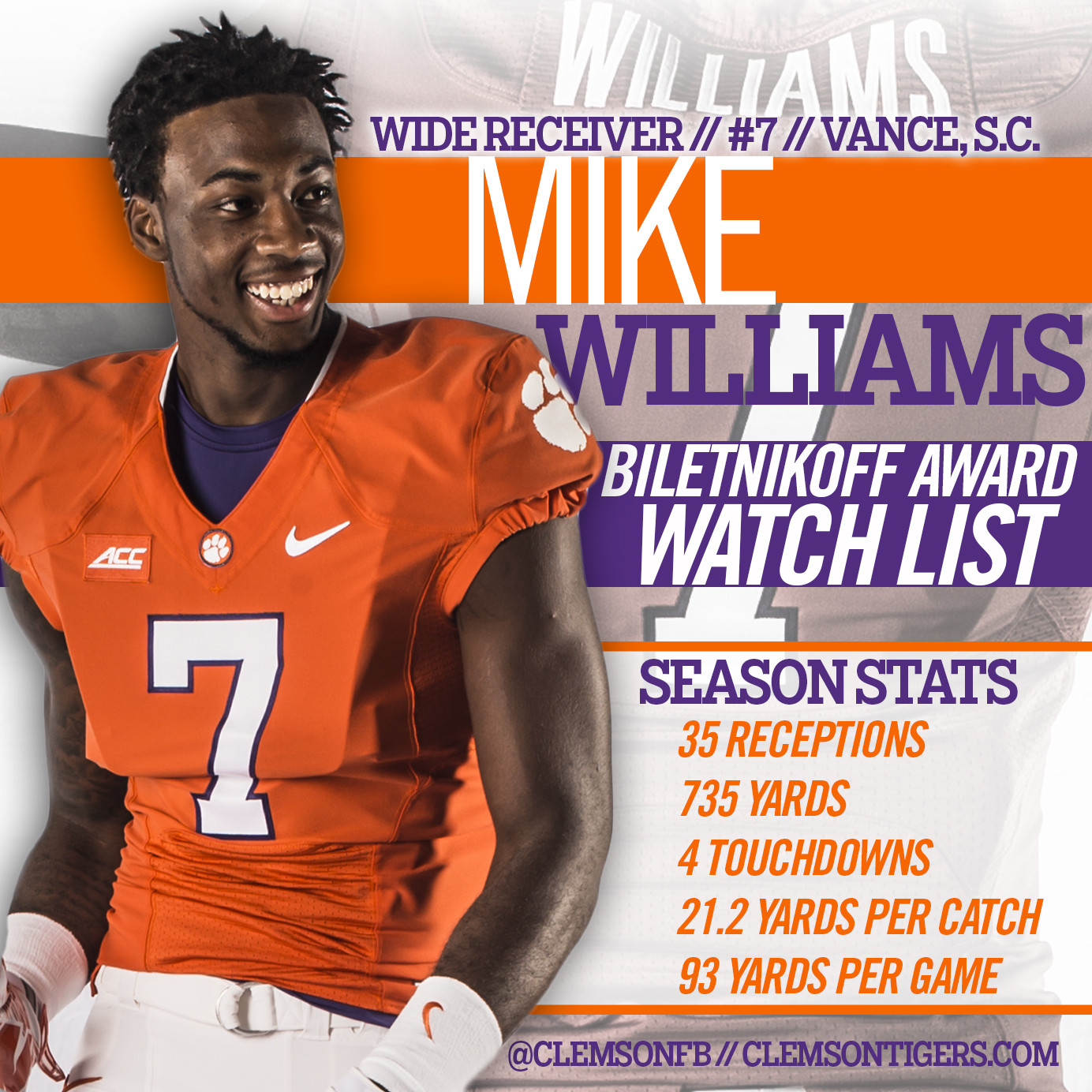 CLEMSON, S.C. — Clemson wide receiver Mike Williams has been added to the Biletnikoff Award Watch List. The honor is presented each year to the top receiver in college football.

Williams is second in the ACC in receiving yards per game with an average of 93 per contest. He has 35 receptions for 735 yards and four scores this season, helping the Tigers to a 6-2 record and top-25 national ranking. His 21.2 yards per reception figure is best in the nation among players with at least 35 catches. Seventeen of his 35 receptions have been for at least 20 yards, second in the nation. He has 11 catches of at least 30 yards, third-best in the nation. The native of Vance, S.C., has had three 100-yard receiving games and at least 72 yards receiving in seven of Clemson’s eight games this years. He had a career-high 155 receiving yards in Clemson’s 41-0 win over NC State and a career-high eight catches for 128 yards in a 17-13 win over Boston College.Last season, Clemson receiver Sammy Watkins was one of three finalists for the Biletnikoff Award, which is presented each December in Orlando, Fla. Watkins is now one of the top rookie receivers in the NFL with the Buffalo Bills.