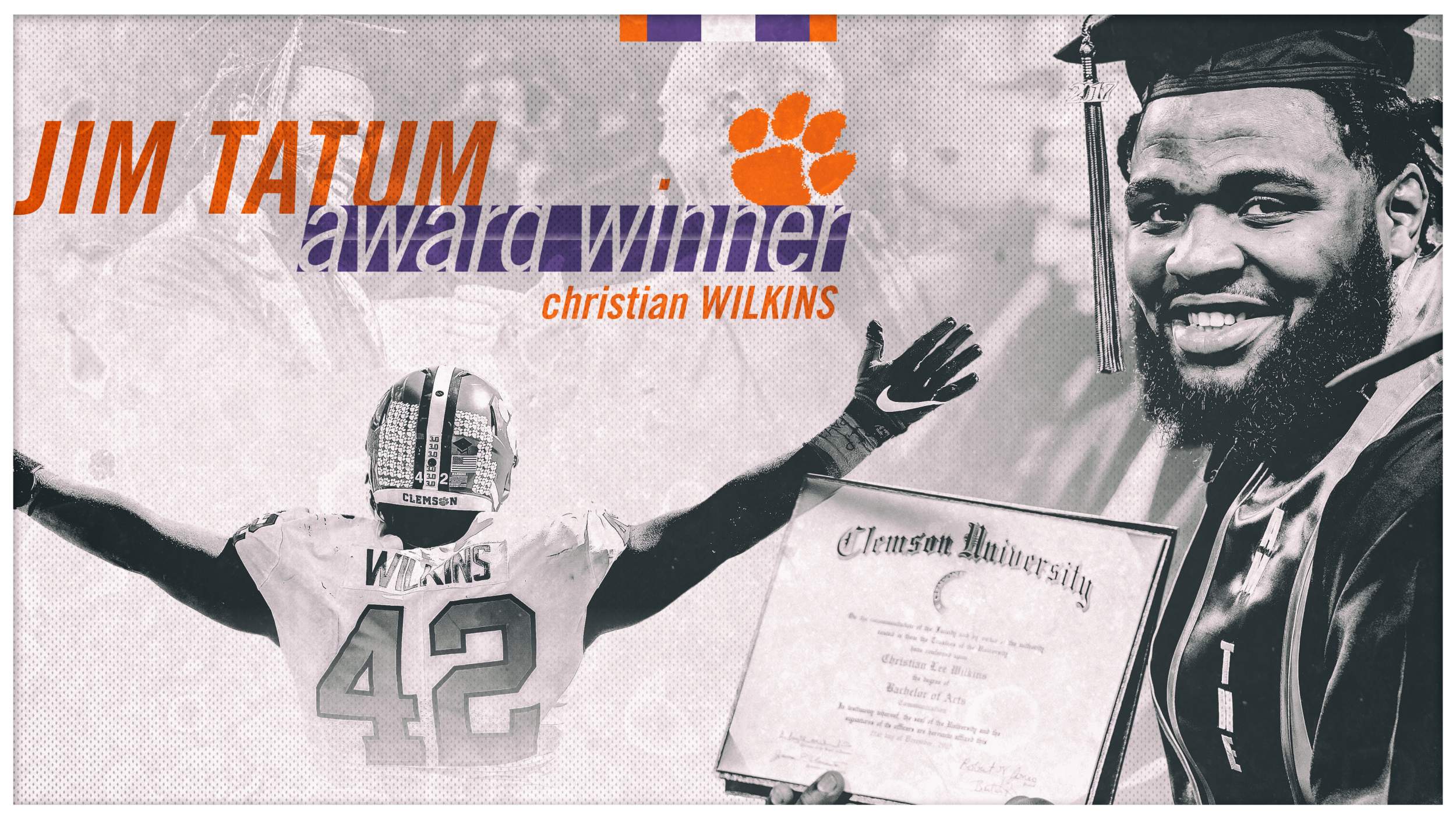 The award is given annually in memory of the late Jim Tatum to the top senior student-athlete (in athletic eligibility) among the league’s football players. Tatum, a two-time ACC Coach of the Year, coached in the 1950s at both Maryland and North Carolina and believed strongly in the concept of the student-athlete.

Wilkins will be recognized this weekend during activities surrounding the 2018 Dr Pepper ACC Football Championship Game, which is set for Saturday at 8 p.m. at Charlotte’s Bank of America Stadium. Wilkins and his Atlantic Division champion Tiger teammates will square off against Coastal Division champion Pitt for the conference title.

Wilkins is the first Clemson football scholarship student-athlete to earn his undergraduate degree in only two-and-a-half years (in communications) and is now pursuing a graduate degree in athletic leadership. He is Clemson’s third all-time Jim Tatum Award honoree and the first since center Kyle Young in 2001.

“I think Christian Wilkins represents everything that’s great in college football and the spirit of what a student-athlete should be,” Clemson head coach Dabo Swinney said. “He is the epitome of what this award is all about. It’s only fitting that he is my first guy to win it because he graduated in two-and-a-half years, came back and has been so great for college football and set such a great example for everybody on this team and other student-athletes out there as far as how you maximize your experience and enjoy it at the same time.”

Wilkins is a finalist for the 2018 William V. Campbell Trophy, which annually the top football scholar-athlete in the nation. The Springfield, Massachusetts, native has also been named a member of this year’s National Football Foundation Scholar-Athlete Class.

An All-ACC first-team selection, Wilkins has amassed 48 tackles this season, including 34 primary hits. He has recorded 13 tackles for loss, including five quarterback sacks, while breaking up one pass and being credited with 10 quarterback pressures.

Wilkins has also seen time on offense on short yardage situations and has rushed for two touchdowns this season while carrying the ball three times.