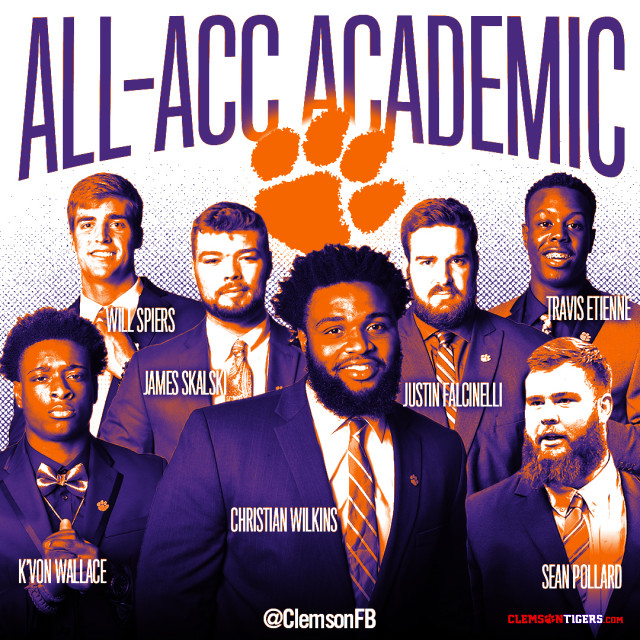 Clemson, S.C—Christian Wilkins heads a record setting eight Clemson football players named to the All-ACC Academic Team on January 31. The eight players selected breaks the record of seven in one year that had been set by Dabo Swinney’s 2009 Clemson team.

Duke had the most selections to the 20017 team with 13, while Pittsburgh was second with nine. The Tigers were third with eight selections, while Syracuse and Virginia were tied for fourth with six apiece.

Spence has the highest career  GPA among the Clemson team members with a 3.97.

All eight Clemson players named to the Academic All-ACC team for 2017 return for the 2018 season.