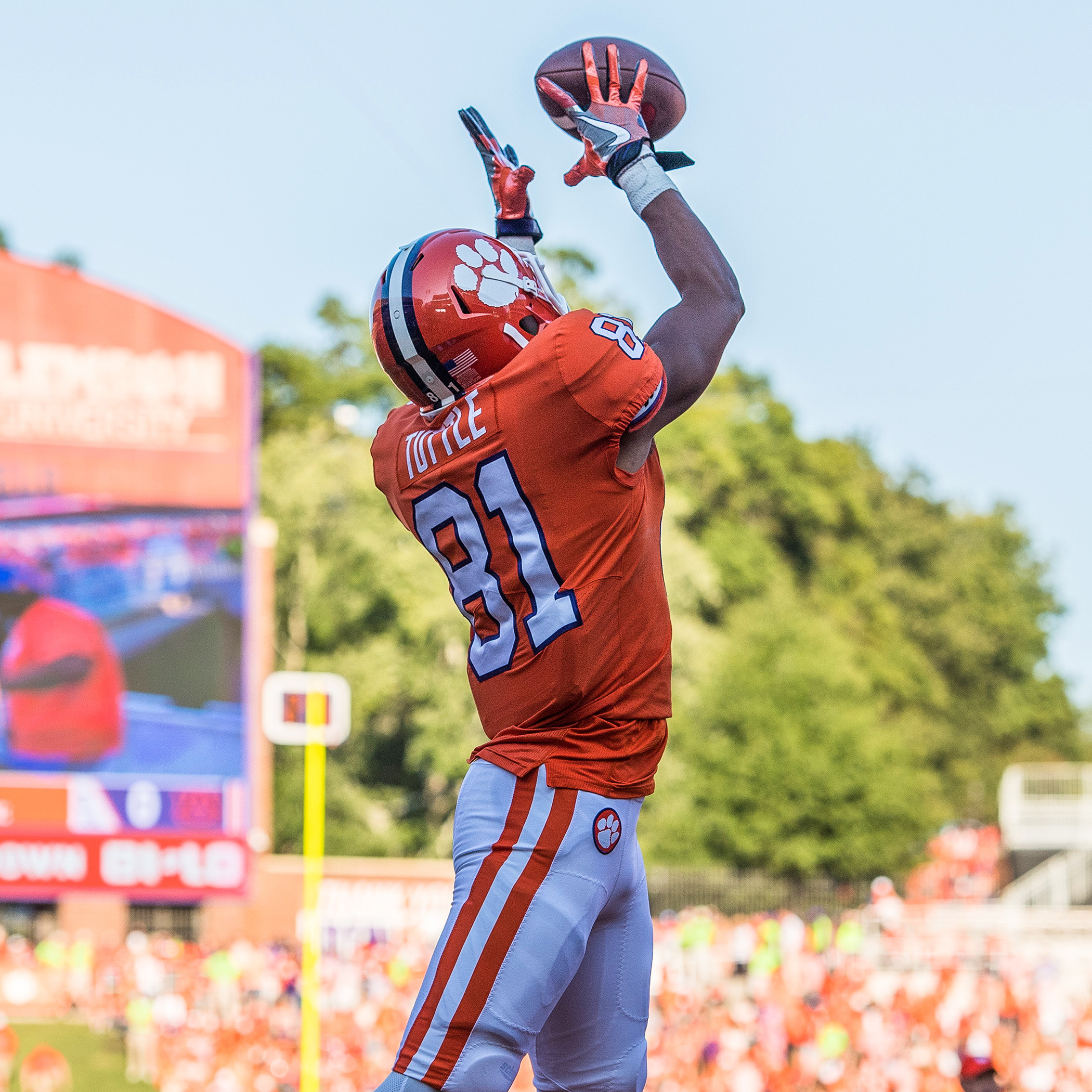 In all sports, many athletes have a relationship with their jersey number. There is a history or a reason why players have or request certain numbers. It might have started back in 1948, when the New York Yankees retired Babe Ruth’s #3 just before the great baseball player died of throat cancer. No one has worn #3 since for the greatest professional sports franchise in our nation’s history.

There have been many stories in Clemson history. For instance, did you know that former Clemson All-American Vic Beasley wore #3 at Clemson because Christ rose on the third day? He cannot wear that number in the NFL, because the league has strict rules about players wearing numbers that correspond to their position, so he wears #44.

Speaking of former Tigers who made the Pro Bowl, Trevor Pryce was a defensive tackle at Clemson in 1996 who wore #8. He wore that number because he thought a single-digit number made him look faster, and thereby more intimidating for his position (and more impressive for NFL scouts). He went on to be a first-round draft pick, Super Bowl champion and four-time Pro Bowl selection. Maybe there was something to it.

Some numbers seem to have excellence attached to it. The #4 was retired in honor of Steve Fuller at Clemson in the spring of 1979 after his All-America career. Then, it was unretired for Deshaun Watson, and he went on to be a two-time Heisman Trophy finalist who led Clemson to the 2016 national title.

Here are a few accounts of number history with current Tigers:

He is the son of Tee Martin, who led Tennessee to the 1998 national championship as the quarterback. Martin wore #17, but Rodgers wears #3.

“When I went to my first pee-wee football team, I was the last one in line to get a uniform. The only jersey left was #3, so I took it. I have been able to keep that number ever since.”

He wears #5 in honor of his cousin, Seth Davis, who was a standout football player and has been like a brother.

He wore #91 his first two years at Clemson, but really wanted to wear #7 all along. He wore the number in high school, because he wanted to honor his grandfather, Charlie Bryant, who died in the seventh month of the year.

He wore #8 when he was in high school, but when he came to Clemson, the number was already assigned.

He did not wear #12 in high school, and the number had no history with him when he came to Clemson. But when he came to school as a freshman, Swinney told him he would have #12 because he reminded him of former Tiger Marcus Gilchrist, a seven-year NFL veteran with the Houston Texans. Swinney said Wallace’s all-around abilities in the secondary reminded him of Gilchrist.

Wallace has already shown that ability this year, especially in the last two plays of the win at NC State when he had a pass breakup and an interception.

When he walked on to the team in 2014, he was given #35. Walk-ons usually do not have the opportunity to request a number. When he started to progress and was given a scholarship in the summer of 2015, assistant coach Jeff Scott suggested that he wear #13, because he was going to fill the same wideout role as Tyler Grisham (2005-08) and Adam Humphries (2011-14), who both wore #13.

He has done that, and then some.

He is one of the few Tigers to wear two different numbers in the same season. He wore #34 his first two years and eight games. But for the NC State game on Nov. 4, he wore #21 so he could play on defense at the same time as Kendall Joseph, who also wears #34. You can’t have two players with the same number on the field at the same time.

He wears #24 in honor of his father, Kevin Turner, who wore the number at Alabama when he was a teammate of Swinney. Kevin passed away in 2016 after a heroic battle with ALS.

When he was a freshman at Belton-Honea Path High School, he was given #34 because the coaching staff expected him to follow in the footsteps of Jeremiah Garrison, who went on to play for South Carolina.

Joseph had an affinity for the number also because he was a running back and linebacker in high school, and as a running back, he knew the history of #34, which was worn by Herschel Walker, Bo Jackson and Walter Payton.

“That is a pretty good number for a running back.”

He wears #42 in honor of his grandfather, Eurie Stamps, Sr., who had a strong influence on him when he was a child. Tragically, Stamps died when Wilkins was starting out on the gridiron and never got to see his grandson play at Clemson. So, Wilkins wears #42 in his honor, because Stamps was born in 1942.

He wears #44 in honor of his favorite football player of all-time, Ernie Davis. This is fascinating in that Davis played in the 1960s for Syracuse, well before Pinckney was born. But he watched the movie on Davis’ life when he was young and was touched by it, so he chose to wear that number in honor of the former Heisman Trophy winner who contracted Leukemia and died before he played for the Browns.

“That number wasn’t available,” he said with a smile, because Deshaun Watson had it when he got to Clemson and it had to be unretired for that to happen. “I thought nine was a good number for sports, so I combined the two to get 49.”

He wore #81 in high school, but it was worn by Stanton Seckinger when he came to Clemson, so it was not available. After Seckinger departed following the 2013 season, Richard’s freshman year, it was available.

“I couldn’t switch because all my family had already bought #80 jerseys to wear to the games. I didn’t’ want to make them buy a new jersey, so I stayed with #80.”

The walk-on wide receiver is the son of former Tiger All-American Perry Tuttle. Perry wore #22 at Clemson and played on the 1981 national championship team. Thus, Swinney thought it appropriate that Tuttle wear #81.

He wears the same number his father, Bill Smith, wore at Clemson from 1977-81. Bill was a defensive end who had 10 tackles in the national championship game victory over Nebraska in the 1982 Orange Bowl and is now a member of the Clemson Board of Trustees. Father and son #84s both have national championship rings.

He wears #90 because it reminds him every time he suits up that football is 90-percent mental preparation.

He wears #99 because he patterned his game as a child and in high school after Aldon Smith, a former Missouri player who was the No. 7 selection of the 2011 NFL draft. He led the NFL in sacks in 2012 with 19.5. Smith wore #99 at Missouri and in the NFL.