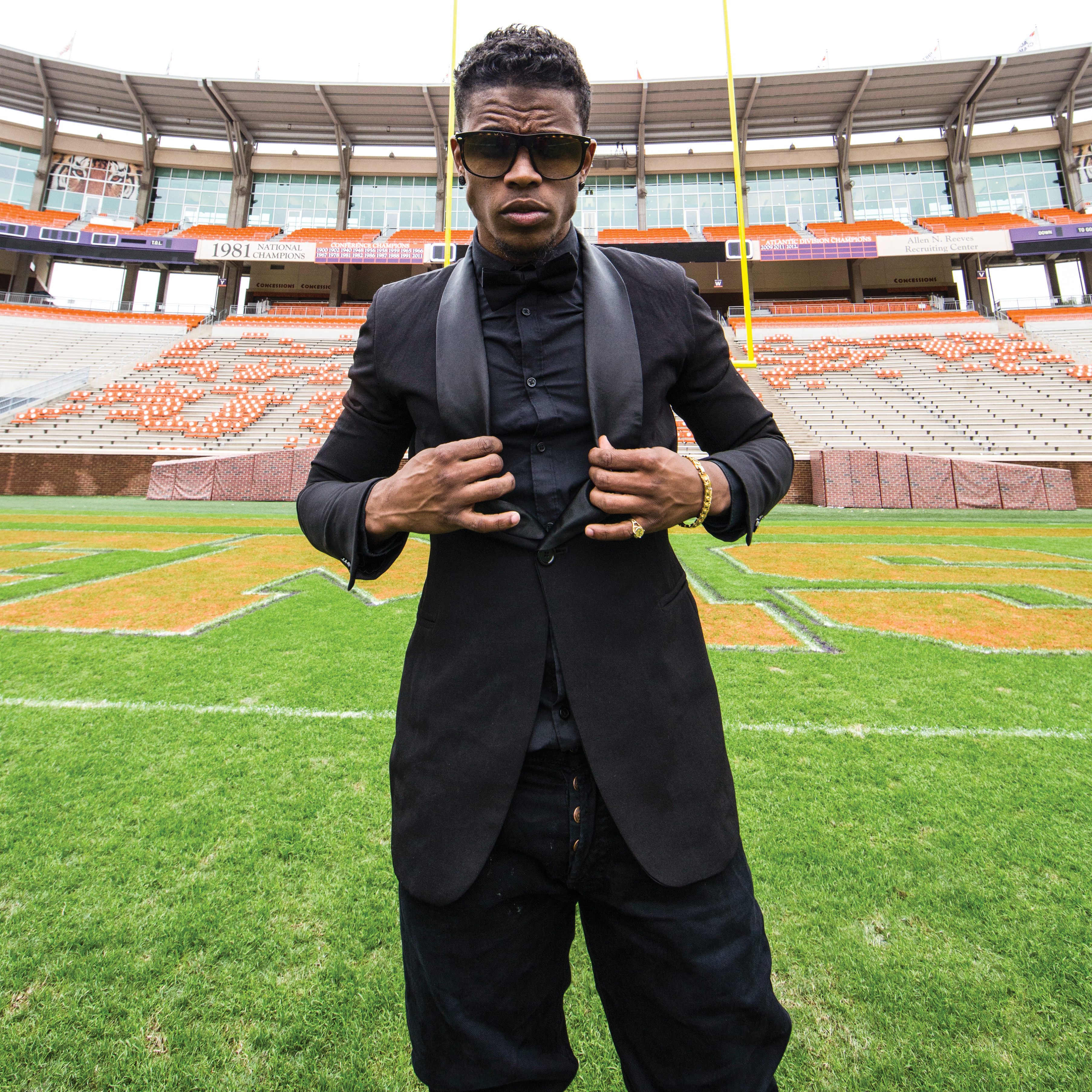 “It’s been exciting and it’s been an adventure, and I’ve enjoyed every second of it,” said Jenkins. “In terms of injury, that’s what I’m pointing towards when I say ‘adventure.’

“But I feel that I’ve grown tremendously, being behind great guys like Marcus Gilchrist, Coty Sensabaugh and Byron Maxwell (all NFL starters). So learning from them and how they handled it has certainly helped me grow from a leadership standpoint.”

Jenkins saw the field as a first-year freshman in 2010 and is the only current Tiger who lettered that year. He brought versatility as both a nickelback and on the boundary, and also contributed on special teams.

He also made a strong contribution to the Tigers’ 2011 ACC Championship team, as he started three games, played in all 14, had 27 tackles, six pass breakups and averaged 22 snaps per game.

But in 2012, Jenkins suffered a sports hernia injury during fall camp that required surgery, forcing him to redshirt and miss the entire season.

He then started four games in 2013 and had 26 tackles. A highlight was his first career touchdown on a 52-yard interception return against SC State.

After graduating in August with a sociology degree, Jenkins has been back on the injury list this year, most recently with an injury suffered at Florida State.

“Injuries were a big shock for me, but I feel I’ve grown from them as well,” said Jenkins. “Coming into college football, you think you’re going to come in, improve your technique, get better, faster and stronger. Sitting out for an extended period can be tough to deal with, so staying mentally strong is the key to it all.

“Sitting out my junior year (2012) was strictly a mental battle. It was supposed to be the year I’d worked towards, to show everyone what I’d been working on, and it did throw me off, but I think I handled it mentally well.”

Jenkins is not only known for his play on the field. He’s also famously known by his friends teammates as simply, “Yoda.”

“It’s an interesting and long story,” said Jenkins with a smile.

Jenkins is not only remembered for his famous and revered nickname, but for the video creation of the team’s concept, “We Too Deep,” something Tiger fans often chant in Death Valley when the defense takes the field. Jenkins and former cornerback Darius Robinson, a senior in 2013, wanted to give Tiger fans something new, so they created the rap and a music video based on the concept.

“‘We Too Deep’ was something that, as a team, we would always say,” said Jenkins. “Before games, or before and after practice, we would always chant, ‘we too deep.’ Nobody else really knew it besides the players.

“With the song, I wanted to build that bridge to where it can be our thing, but we can expand on it. So let’s have the fans do it, too. We know the fans have their own chants and we have our own chants, so with the video, let’s make something we can both enjoy and build that bridge where we can have our connection. I think we found that in, ‘We Too Deep’.”

The phrase and concept, “We Too Deep,” has certainly become a hit among the Clemson fanbase, and it shows no signs of slowing down anytime soon. It has also shown that there is more than one way to make a memorable impact for the Clemson football program.