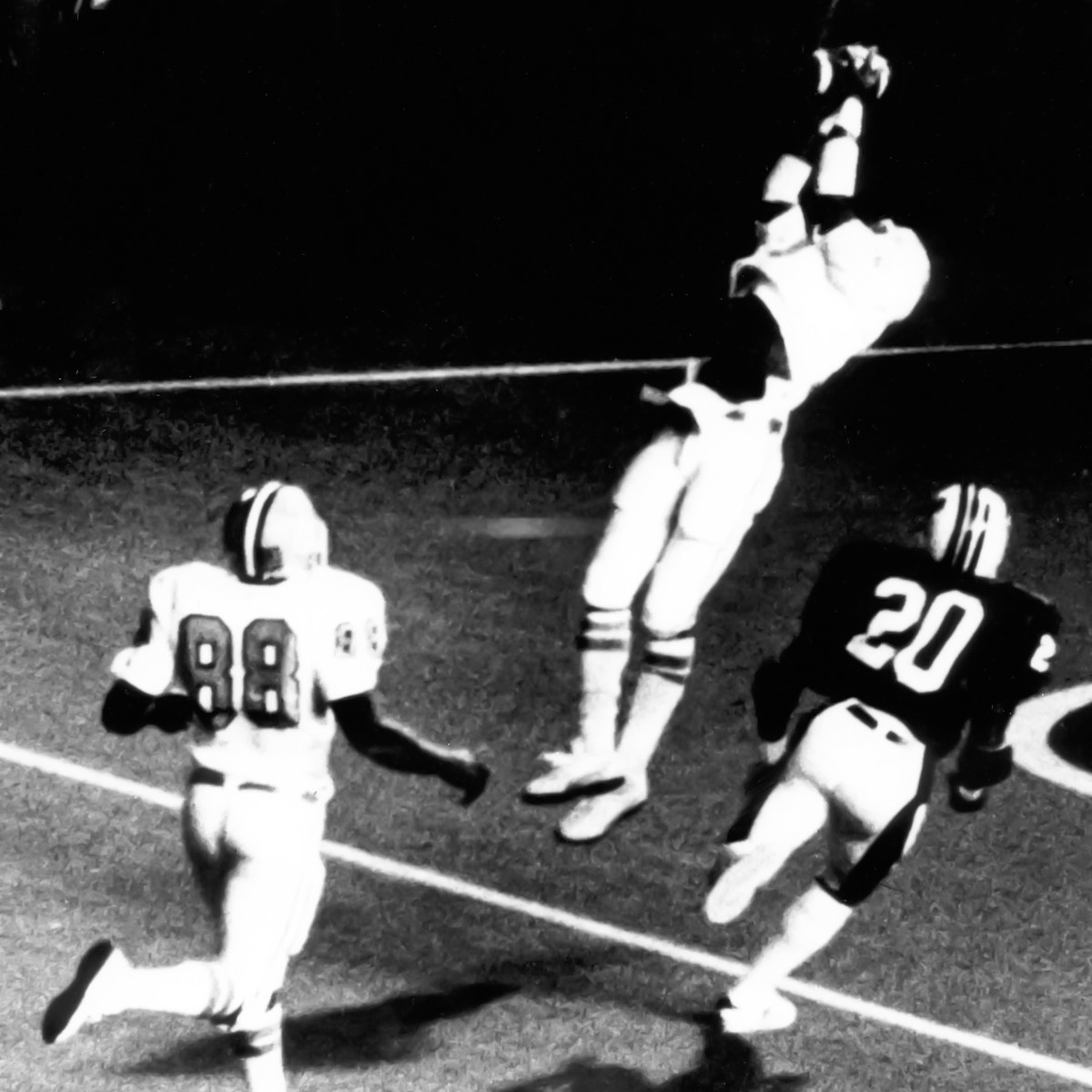 Where Are They Now? – Jerry Butler

The image of a Jerry Butler stretching in the Columbia, S.C. night sky to catch a pass in the endzone to score the winning touchdown against South Carolina in the 1977 classic is one of the most historic moments in Tiger football history.

“I was excited, but I wasn’t shocked that I could catch it,” said Butler about what is now known in the Tiger annals as “The Catch.”

In the 1977 game, Clemson built a 24-0 lead and was dominating South Carolina. The Gamecocks came charging back and took a 27-24 advantage with 1:48 remaining in the game.

“After we won at Georgia early in the year, Coach (Charley) Pell started giving us cigars after every win,” recalled Butler. “I looked at their bench as they scored, and some of the players had pulled up their jerseys to show off t-shirts that said, ‘No Cigars Today.’ I was very irritated.”

Then the “Butler did it” on Clemson’s next possession.

“I ran a corner route,” said Butler. “I came out of my cut and saw that Steve (Fuller) had been rushed and had to break containment. I knew he would get rid of the ball and wouldn’t take a sack.”

Fuller apparently fired a pass just to get rid of it.

“I saw the ball out of the corner of my eye,” continued Butler. “I went for it and made a leaping grab (moving backwards). I got my hands on it and came down in the endzone. It was something that we hadn’t worked on.”

The clock showed just 49 seconds left in the game, and the Tigers went on to win 31-27, a victory that clinched Clemson’s invitation to the Gator Bowl, the school’s first bowl bid since 1959.

He was named First-Team All-ACC that year, and in 1978 became an AP First-Team All-American. He then played eight years in the NFL and made the All-Rookie team in 1979. He also was selected to the Pro Bowl in 1980.

Today, Butler continues to have a positive impact on the NFL as director of player development for the Denver Broncos. He held similar positions with the Browns and Bills.

The native of Ware Shoals, S.C. helps the current Bronco players with off-the-field tasks, from finances to counseling.

“From the start, with rookies, I tell them I’m here to help,” said Butler. “They have to believe that and know they can pick up the phone and call me at any time. And trust me, they do.”

Butler’s interest in player development sparked when he was a player with the Bills. Reggie McKenzie, a former teammate, constantly talked about using the offseason to prepare for life after football. Butler did not think much of it at the time, but one offseason, McKenzie stayed at Butler’s house.

“He would get up in the morning, put his shirt and tie on and go to work at various internships,” stated Butler. “He got involved in the community. He was constantly teaching me this message.”

Butler’s last season was in 1986. John Butler (no relation), the general manager at the time, needed someone for his new player development position.

“I thought it was a great fit for me because I cared about players,” said Butler. “It kept me involved with the franchise.”

Butler works mostly with rookies coming into the league dealing with pressures and situations they have never faced before. However, he is there as a resource for everyone, whether they are a 12th-year veteran preparing for life after football or a fourth-year player on the practice squad.

“It’s a passion for impact,” explained Butler. “I like to feel I made some type of significant contribution to a player’s life. I understand the inside of the business and what role the athletes play in it. Not only that, I also understand the responsibilities they have to their family and their community.”

One of the stories Butler recalled came from his days in Cleveland. One of the players with the Browns left college as a junior and had about 30 credit hours left to graduate. Butler found ways to help him take online classes. Three months after he graduated, he was cut.

“He came into my office and said, ‘I know this sounds stupid, but I want to thank you for pushing me. Not to be a better athlete, but to finish my degree. Because now I feel more confident about leaving out that door than I did coming through that door.’

Butler understands what players are going through, and it is the ability and opportunity to use his experience to make a positive influence in a player’s life that keeps him coming back every year.