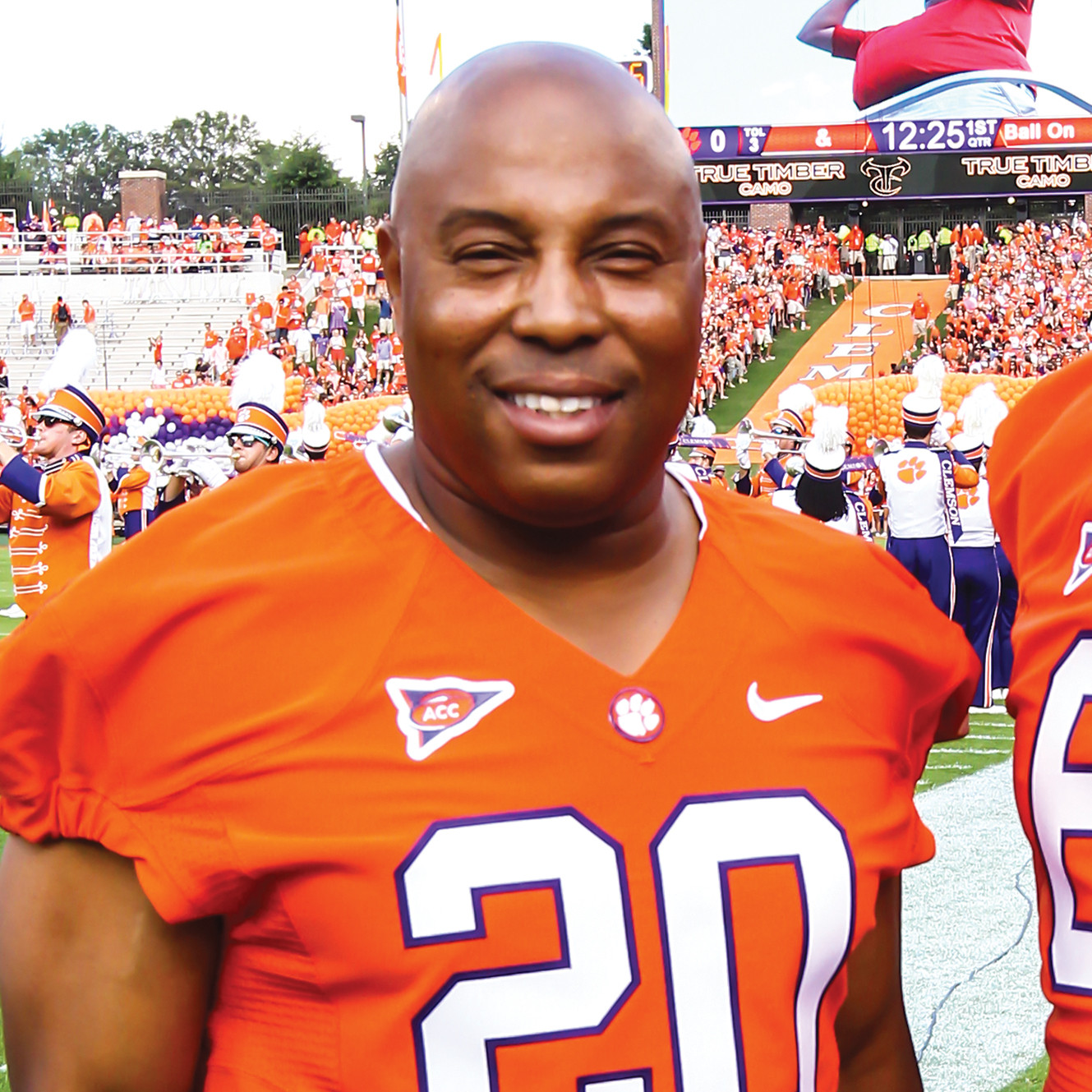 Where Are They Now? – Donnell Woolford

When Donnell Woolford came to Clemson from his hometown of Fayetteville, N.C. in 1985, he along with the coaches made a big decision that impacted his career. A star running back in high school, it was thought he would be the next Terrence Flagler or Kenny Flowers, great Clemson backs of the era.

“They wanted me to play running back and I thought it was the place to be,” said Woolford of his first practice at Clemson. “But when I got there, I looked over at the number of running backs in camp and decided I better try another position. I went over to the cornerbacks because they had the smallest number of players.”

Although he would become one of the best defensive players in school history, Woolford said the switch was not always easy.

“I know why the cornerback group had the smallest number, because that’s one of the hardest positions to play,” said Woolford. “However, I worked hard and improved at it, and then I went on after college and played professionally.”

Finding the right position was stressful at the beginning, but Woolford said his experience at Clemson was very positive.

“I chose Clemson because it’s a great school. We have great fan support. The whole experience was awesome.

“Coach Woody McCorvey recruited me to Clemson and he was like a second father to me. He and (teammate) Ray Williams helped me when I first got there. They were both people I could turn to when I needed help.

“Everything about my time at Clemson was great. One of the best team memories I have at Clemson was beating Georgia in Athens in 1986 on a last-second field goal by David Treadwell, winning conference championships (1986,87,88) and winning the bowl games (1986 vs. Stanford, 1987 vs. Penn State, 1988 vs. Oklahoma).

Woolford, who played for the Tigers from 1985-88, was a two-time All-American who earned second-team honors in 1987 and consensus All-America honors in 1988. He helped lead Clemson, coached by Danny Ford, to a 28-6-2 record in his final three seasons, including national top-10 rankings in 1987 and 1988.

A two-time First-Team All-ACC selection, he helped Clemson to ACC Championships in each of his final three seasons, recording 10 interceptions in his career. An excellent punt returner, he led the ACC and finished third nationally with two touchdown returns and a 15.5-yard average in 1987.

The No. 11 overall selection in the first round of the 1989 draft by the Chicago Bears, Woolford played nine seasons in the NFL, the first eight with the Bears (1989-96) followed by one season with the Pittsburgh Steelers (1997). He earned a selection to the Pro Bowl in 1993 and was named an All-Pro in 1994.

Woolford, now 48, owned the Bears’ record for interceptions by a cornerback with 36 until Charles Tillman surpassed that mark in 2013, although Woolford reached his total in 18 fewer games.

Woolford misses the camaraderie and the atmosphere that came with playing on a professional football team.

“I miss hanging out with the guys,” admitted Woolford. “You never get that out here in the real world. You never know who is on your team.

“Back then, you knew if you were a Bear or a Steeler or a Panther. You would go and watch each other’s back and have some fun when you go to battle on the field.

“My favorite moment in my professional career was when I got the phone call from Mike Ditka during the draft process, and he asked me if I wanted to be a Chicago Bear. That’s a great moment when your coach calls.

“We had great defenses in Chicago and we got to the playoffs a few times. I was proud to have the opportunity to play with a lot of the players from the 1985 (Super Bowl Champion) Bears.

“The Bears drafted me to start right away, so I was in the huddle with great players like Mike Singletary, Richard Dent, Steve McMichael, Dan Hampton and William Perry, who was another former Clemson player in the 1980s. Being with those guys was very special.”

Woolford now lives in Charlotte, N.C. but often travels back to the Windy City. He is affiliated with an auto warranty service and is president of the Donnell Woolford Foundation that assists the Boys & Girls Clubs of America.

Woolford will be Clemson’s legend representative at the ACC Championship game in December, an honor he certainly deserves.