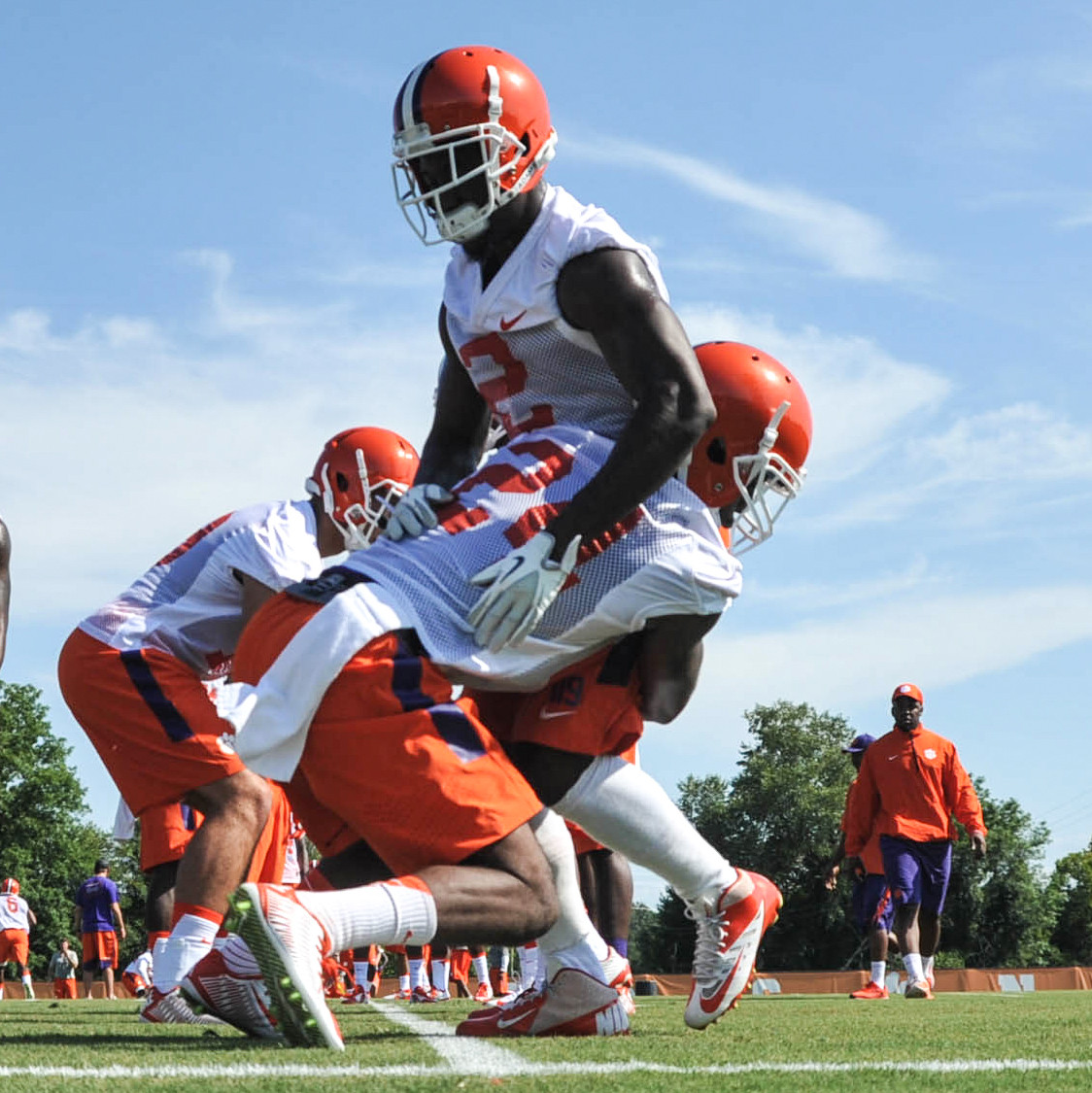 What Day Is It?

CLEMSON, S.C. — Dabo Swinney and his Clemson football team have been grinding through the first week of practice, and that is the way he likes it. Due to the combination of the academic schedule and the extra week of preparation before the September 5 opener,  the Tiger football team’s preseason preparation coincides with a two-week period of time where there is no school.

That means it is all football all the time for the Tigers. “I don’t know what day it is and I don’t think our players do either,” said Swinney after Friday’s practice, the fourth day of preseason work. The Tigers will work a fifth consecutive day on Saturday, the first day of full pads, before taking Sunday off.

“We have their attention all day every day from August 4 until the start of school on August 19 and I have been very pleased with their focus. We are in a good spot right now. The players have bought into the work and they have responded so far. It has been four tough days of practice, but they have responded.”

Swinney has been pleased with what he has seen from his freshmen. “We have 40 freshmen on this team including the red-shirt freshmen and I have been impressed. They are more talented as a group than the 42 freshmen we had on the 2011 team. Now this group has a long way to go to match what those 2011 freshmen did, because they went on to become the winningest class in Clemson history. But it is a talented group.”

Friday’s two and a half hour practice featured a lot of competition between the first team offense and the first team defense. “We went 60 minutes of good on good, and you don’t see that much this early. But, we believe in the concept that ‘iron sharpens iron.’

“I have loved the tempo and the energy the first four days. There has been some mental toughness.”

The team had a few periods of 11-on-11 work and the defense had the upper hand at the beginning.  In fact, in  the first 20 plays the defense held the offense to just 20 yards and allowed just three completions in 15 passes.

The defense did have a strong day overall. Ryan Carter had a pair of interceptions to pace that unit during various drills.

The practice ended with another placekicking competition. Alex Spence, who is running number-one at the position through four practices, made field goals of 38 and 43 yards. Walk-on Greg Huegel was also perfect from those distances.

Starting center Ryan Norton missed the practice as he recovers from a concussion. Zac Brooks was out with a bruised heel. Linebacker Kendall Joseph missed his second straight day with an AC joint sprain. Quarterback Tucker Israel was out with a broken foot.