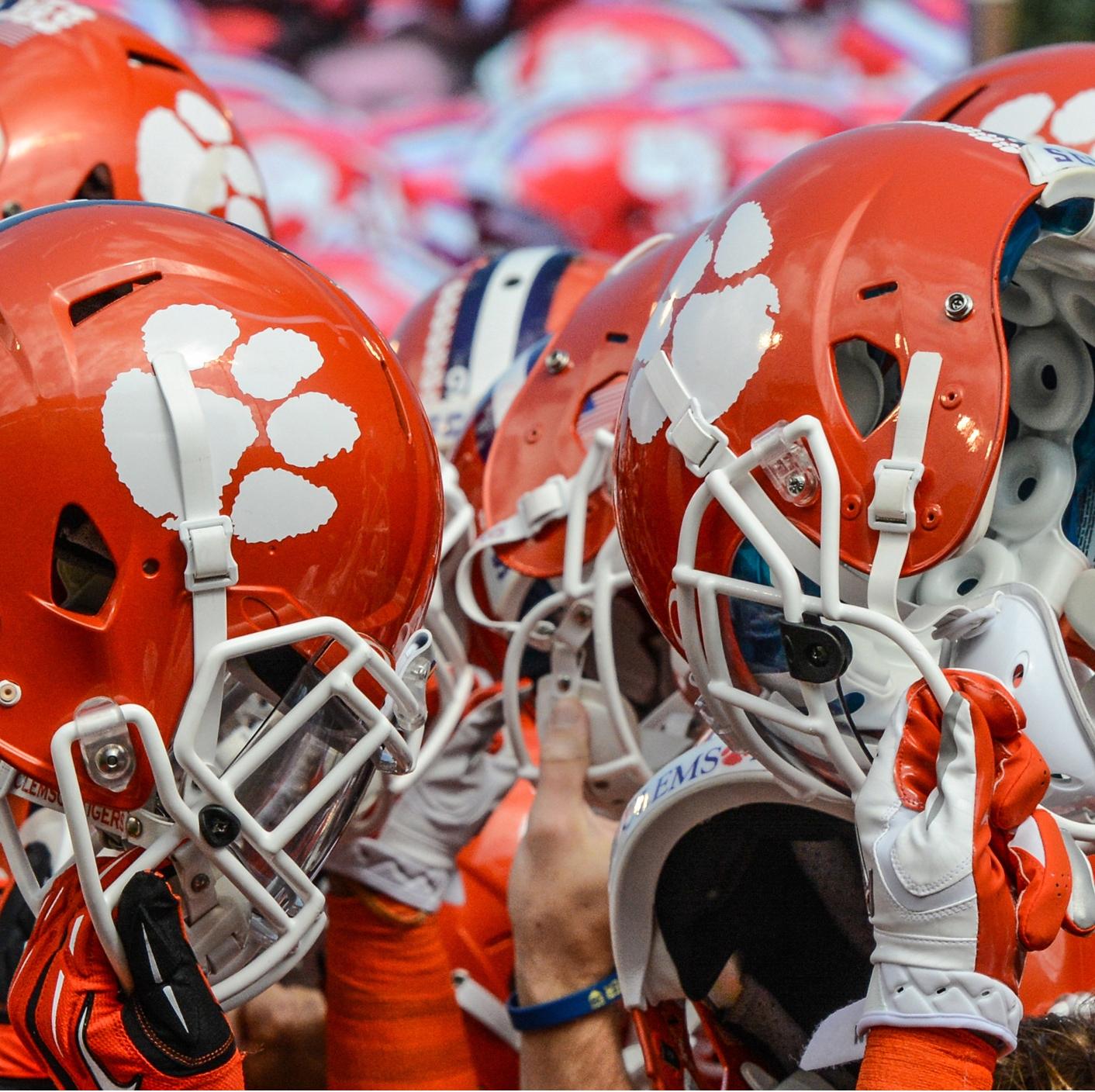 Wave of the Future

Note: The following appears in the February edition of Orange The Experience, which should arrive in mailboxes this week. Read up on Clemson’s 15 early enrollees.

Enrolling in January is nothing new when it comes to football players. Student-athletes come in early, get a head start over fellow newcomers, and try and earn a place on the team’s depth chart as quickly as possible.

In most instances, early enrollees have come in after a semester in prep school. At Clemson, there have been several cases of mid-year enrollment from players graduating high school a semester early. Some notable quarterbacks — Willy Korn, Kyle Parker and most recently Deshaun Watson — come to mind.

What is a relatively new phenomenon is the sheer amount of players choosing to forgo their final semester and graduate high school early. On January 4 of this year, Dabo Swinney’s program welcomed 15 mid-year additions — all but one of whom is a fresh high school graduate. The number represents an all-time high and the greatest number of early enrollees of any program in the country.

“Times have changed,” Swinney said. “In February 2009, we had just 12 in our first recruiting class. We signed 13 guys in the month of August.”

A recent rule change that created an early signing period for football allowed Swinney to publicize Clemson’s group on the day August camp began in 2014. All 13 arrived on campus, along with 2014 senior Jalen Williams and the program’s final signee from the fall, Albert Huggins, just days after Clemson’s Russell Athletic Bowl win over Oklahoma.

Under the direction of assistant athletic director Brad Scott, the group began the acclimation process. Following general orientation, the 15 players met with Vickery Hall academic advisors to register for classes and receive assigned laptops, and then underwent physicals with the team physician before testing at Redfern Medical Center.

On the evening of January 6, the players immersed with the veterans at Swinney’s first team meeting of 2015. A day later, the group began classes for the spring semester.

“It’s a big transition from high school to college,” said Chad Smith, a U.S. Army All-American linebacker from Sterling, Va. “There’s no turning back now. Speaking for me personally, I needed to get ahead of the curve and get acclimated with the routines and the environment.”

Many of the players cited the need to get ahead of the curve as the major reason behind graduating high school early. You need to look no further than the success of guys like Parker, Watson and Artavis Scott as motivation for the latest generation of Tigers.

Parker, of course, enrolled early from Bartram Trail High School in Jacksonville, Fla., and made an instant impact on Jack Leggett’s baseball team as a two-sport athlete. Parker was first-team All-ACC on the diamond, a remarkable achievement for someone who should have been at his high school prom instead of hitting 14 home runs for a college baseball team.

This past season, Watson and Scott turned heads across the nation as two of the most dynamic young playmakers in all of college football. Watson set school freshman records for passing yards, touchdowns and total offense. Scott was a first-team Freshman All-American by several services after posting a team-high 76 receptions for nearly 1,000 yards and eight touchdowns.

Mitch Hyatt, an offensive tackle signee from Suwanee, Ga., said seeing the success of players like Scott and Watson only added to the excitement of enrolling early.

“It makes you want to work harder, to be in that same position,” Hyatt said. “At first, I was a little uneasy about the decision (to graduate early), but as time wore on I realized I wanted to do it.”

Hyatt is the highest-rated recruit of the 15 that enrolled in January. He was a consensus top-25 rated prospect, as high as No. 8 by Scout.com. He said Clemson’s lack of depth at tackle was a deciding factor as well in the decision to come to Clemson.

To enjoy success as an early enrollee, most players need a role model or someone to look up to during the transition. For Hyatt, offensive lineman Eric Mac Lain has been that someone.

“He’s been really great with everyone, and has helped out,” he said. “He’s definitely a good leader.”

Swinney marveled at the players’ decisions to graduate early throughout the season, largely because of his own experiences as an athlete who competed across many sports as a high schooler. Just as Swinney did in Alabama, Hyatt played basketball for North Gwinnett High School, while also competing in the discus and shot put for the Bulldogs’ track & field team. He said the decision to focus solely on football wasn’t a hard one, but that basketball wouldn’t drift too far from his mind.

“I might find a way to play some intramurals here,” he said with a smile.

Smith took almost the opposite approach with regard to his sport of choice. The Dominion High School star has lived and breathed football only since his middle school days.

“I knew that I wanted to play football and hopefully in the NFL one day, so when I got to high school I just devoted all my focus to it,” he said.

So what is required academically of players and athletes who desire to graduate high school a semester early? Hyatt took additional online and summer classes, and then two dual-enroll classes his final semester. Smith took classes at a local community college in the summer prior to his senior year to earn the proper amount of credits required to graduate.

No matter how it’s done, Swinney said it speaks to the caliber of young men his staff has recruited to Clemson.

“We are very proud of this class academically,” he said. “They are a group that knows what they want to do. They planned ahead so they could graduate in December, and they are strong students. We were very excited to welcome them here in January.”