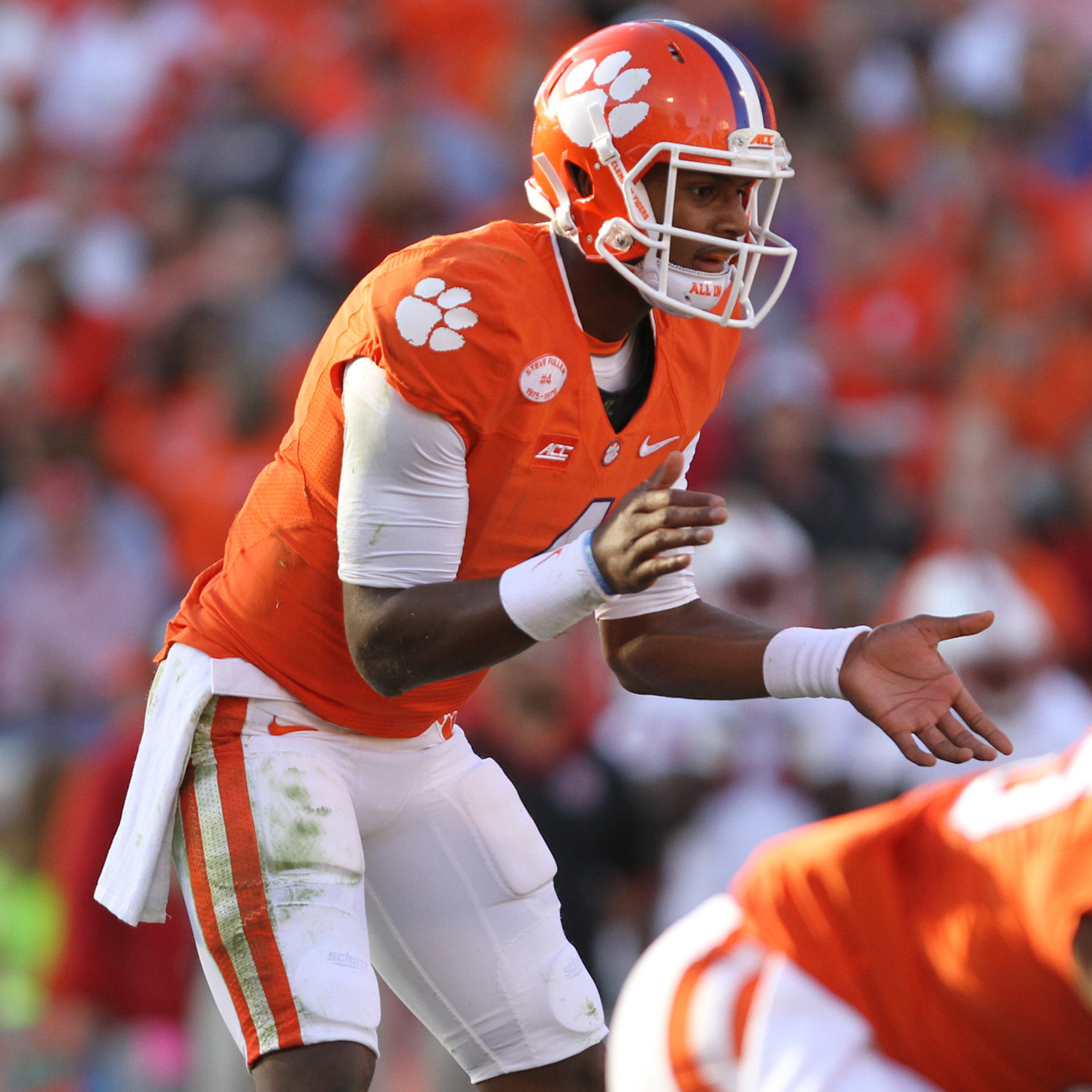 Watson wins Capital One Impact Performance of the Week

Clemson, S.C.–Clemson quarterback Deshaun Watson was named the recipient of the Capital One Impact Performance of the Week award by ESPN on Thursday. It is the second major national player of the week award for Watson this week.  On Sunday he was named National Player of the Week by the Walter Camp Foundation.

For his career, Watson now has an efficiency rating of 176.11, second best among all active FBS quarterbacks who have played thrown at least  325 passes. He is already sixth in Clemson history in career touchdown passes with 34.