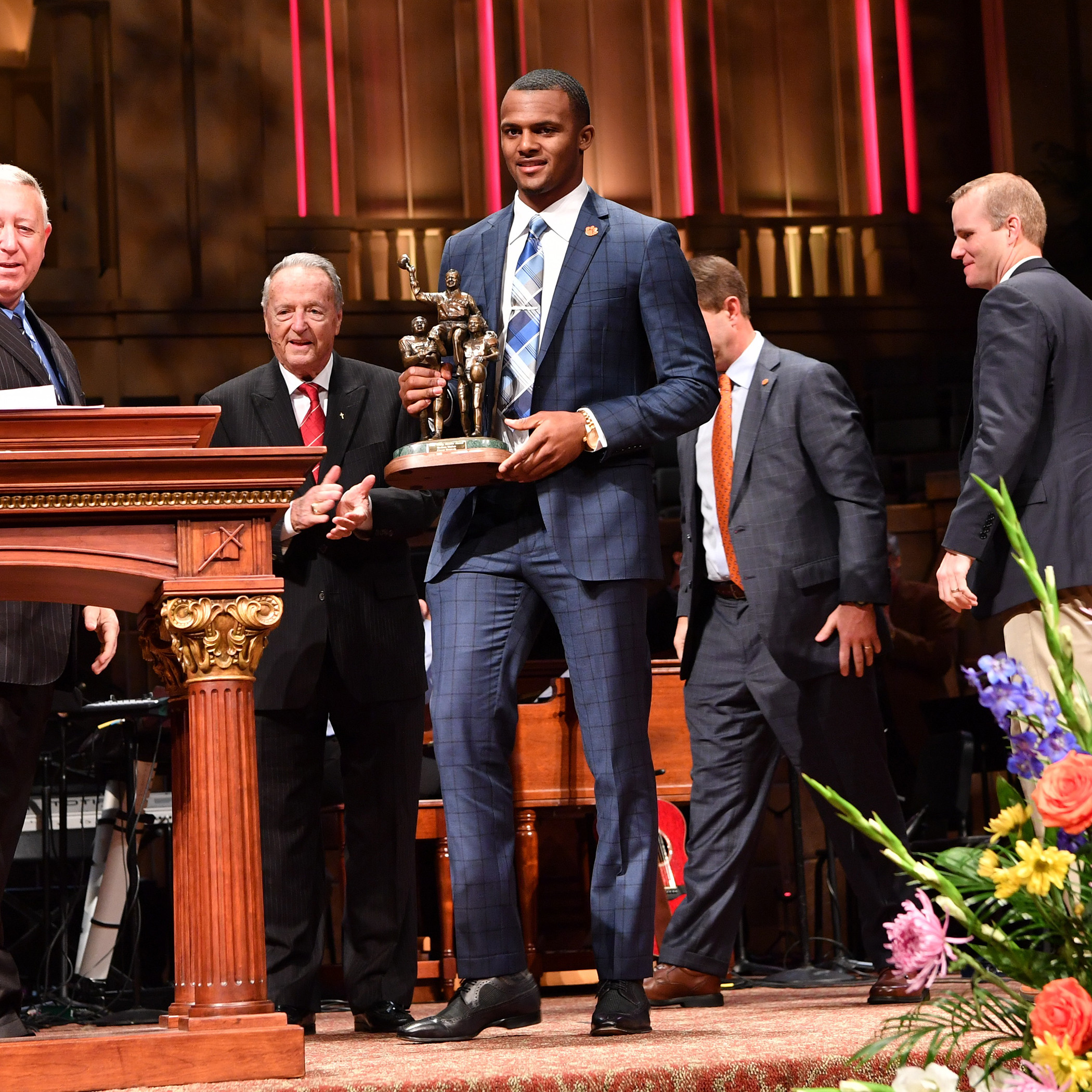 Tampa, Fla.—Clemson quarterback Deshaun Watson is the winner of the 2016 Bobby Bowden Award. The honor is presented each year to the college football player who epitomizes a student-athlete. He must conduct himself as an exemplary model in the classroom, on the field, on the campus and in the community.

The award was presented by Bowden and accepted by Watson at Idlewild Baptist Church in Tampa on Sunday morning in front of over 5,000 people.  Head Coach Dabo Swinney was at the presentation.

“Deshaun Watson fits the criteria of Bobby Bowden Award in every way,” said Swinney. “His accomplishments on the field as the quarterback of our football team, leading us to the National Championship game in consecutive seasons, and in the classroom as a graduate in just three years, have been exemplary.   He has been the model student-athlete and all that is right with college football.

“Having the winner of the Bobby Bowden Award on our team means a lot to me personally because of my relationship with the Bowden family. “

Watson is the first of the 14 Bobby Bowden Award winners to play in the National Championship Game.   It is the second consecutive year he has led the Tigers to the College Football Playoff Final.

Off the field, Watson has graduated with over a 3.0 GPA in just three years. He was also named to the AllState American Football Coaches Association Goodworks team for his activity in community service, in particular with Habitat for Humanity.

Earlier this year Watson finished second in the Heisman Trophy balloting and was named the Most Valuable Player of the ACC Championship Game and the Fiesta Bowl victory over Ohio State. He also won the Unitas Award as the top senior quarterback, and won the Davey O’Brien Award as the top quarterback in the nation by for the last two seasons.

In February he will receive the Chic Harley Award from the Columbus, Ohio Touchdown Club as the top player in college football. He was also named national player of the Year by Westwood One Radio.

Watson has led Clemson to a 13-1 record this year, and a 31-3 mark over his career. He is the leader among active quarterbacks in career victories. A win over Alabama on Monday night and he will tie the Clemson record for career wins with 32.