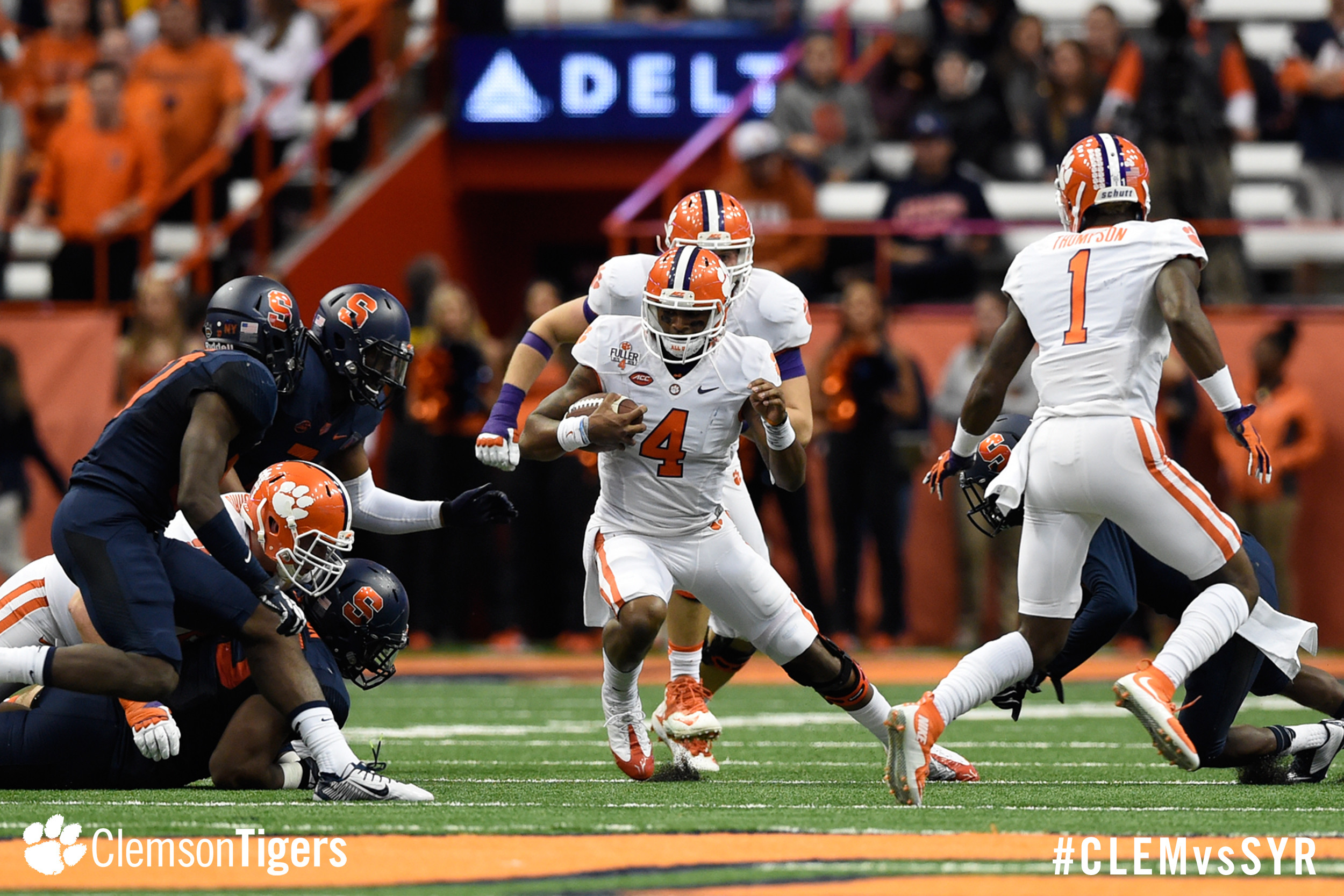 Watson Semifinalist for Walter Camp Player of the Year

Clemson, S.C.—Clemson sophomore quarterback Deshaun Watson has been named one of 15 semifinalists for the Walter Camp National Player of the Year Award.  Watson and Florida State running back Dalvin Cook are the only ACC players on the list, while Watson, Cook, Luke Falk of Washington State, Leonard Fournette of LSU and Christian McCaffrey of Stanford are the only sophomores.

Watson has been named National Player of the Week twice this year, including the Syracuse game last week when he was honored by the Football Writers Association.  The native of Gainesville, Ga. completed 35-48 passes for 368 yards and and two scores and had 13 rushes for 105 yards, giving him 473 yards of total offense, his career high and the fourth highest figure in Clemson history.