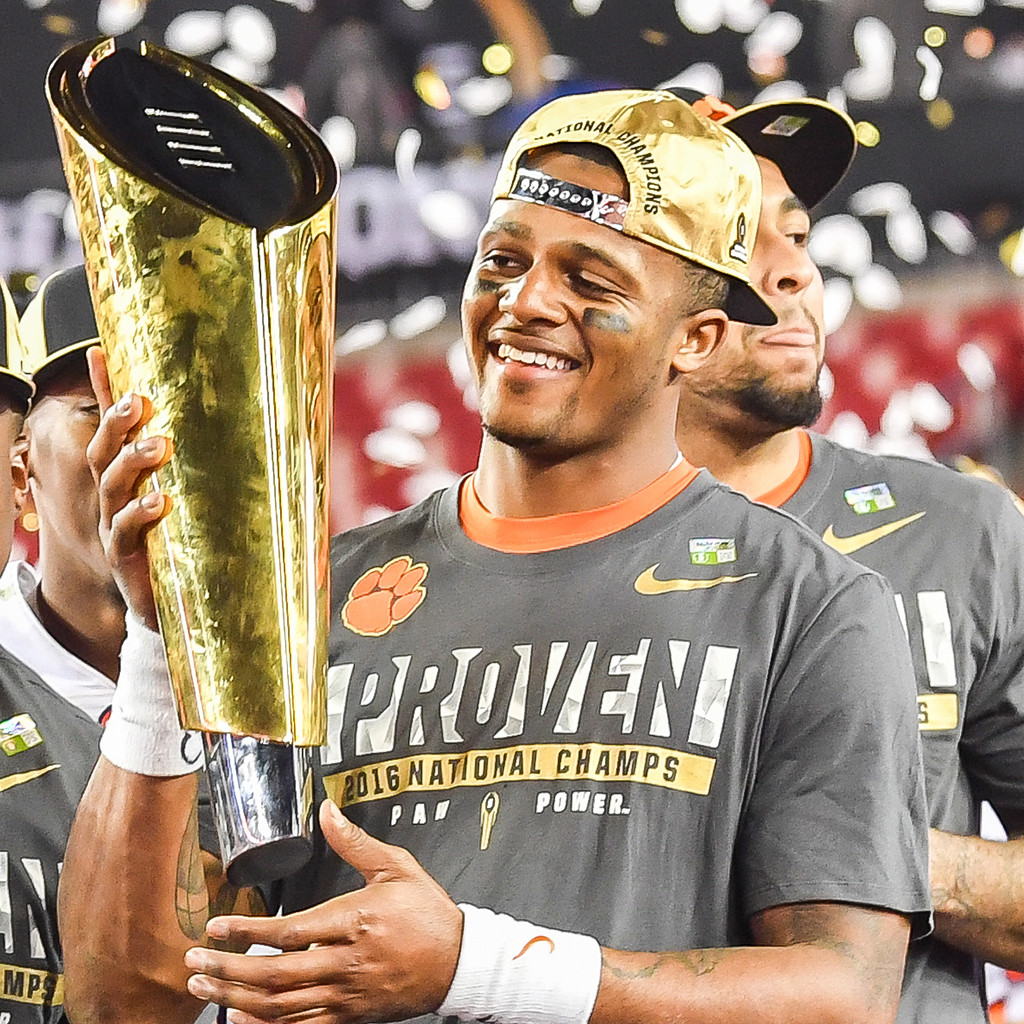 Clemson, S.C.—For the second consecutive year Clemson quarterback Deshaun Watson has been named a semifinalist for the AAU Sullivan Award.   The honor has been presented each year since 1930 to the outstanding amateur athlete in the United States by the Amateur Athletic Union.

The semi-finalists for the 2016 AAU James E. Sullivan Award are:

After a first round of voting, six finalists will be announced and proceed to a second round of voting.  The Award Ceremony will take place on Tuesday, April 11th, 2017 in New York.

Fans can vote for Watson at he following link: https://aausullivan.secure-platform.com/a/gallery?roundId=1.