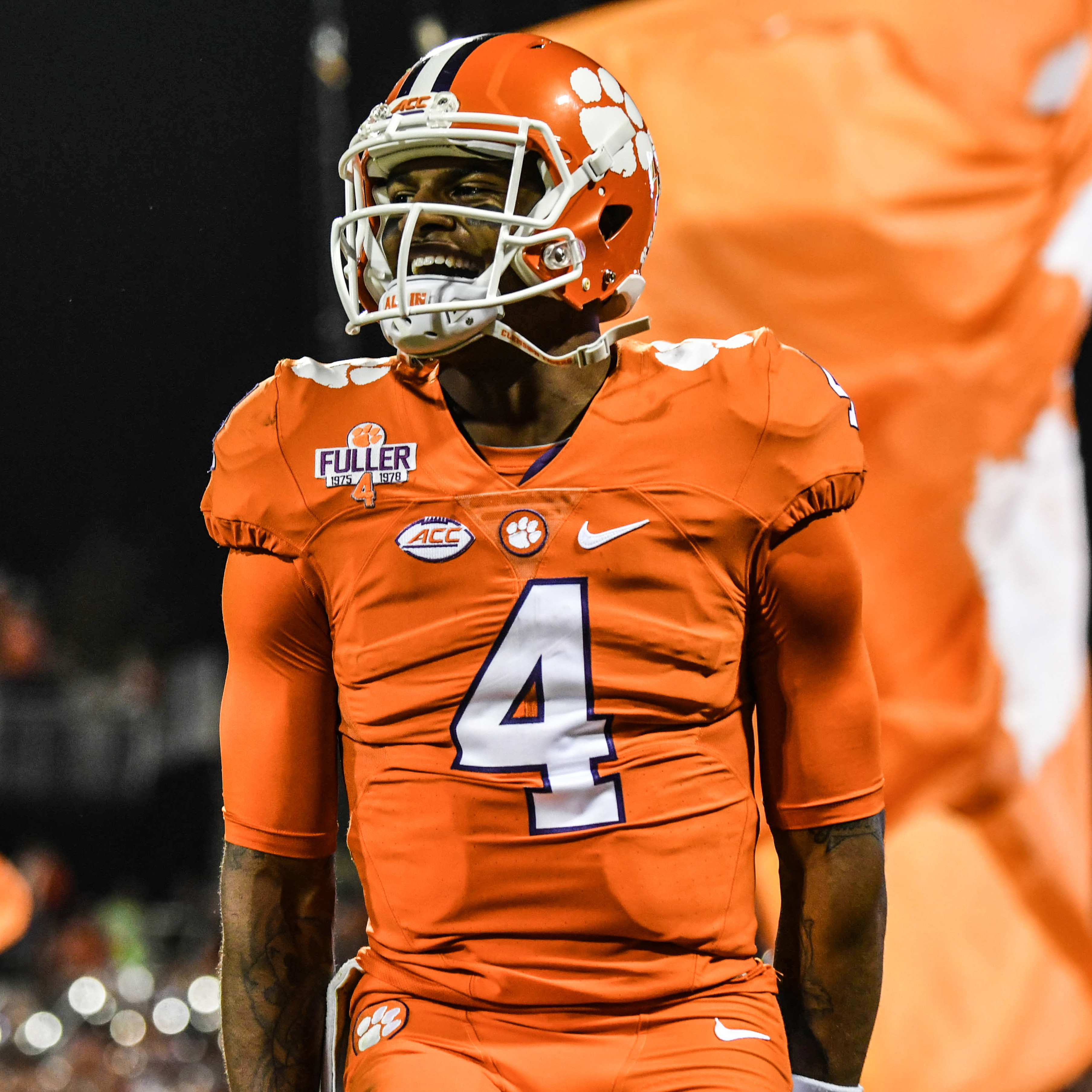 Clemson, S.C.—Clemson quarterback Deshaun Watson finished second to Louisville quarterback Lamar Jackson in the Heisman Trophy balloting released Saturday night by the Heisman Trust in New York City.   It marked the second consecutive year the Tiger signal caller finished in the top three of the voting of over 900 media from around the nation.

Oklahoma quarterback Baker Mayfield was third with 361 total points, his Oklahoma receiver teammate Dede Westbrook was fourth with 209 and Michigan defender Jabril Peppers was fifth with 209.

Watson will lead the Tigers in the College Football Playoff against Ohio State at the PlayStation Fiesta Bowl in Glendale, Arizona December 31. He is the only one of the Heisman finalists who will have a chance to play for the National Championship.

Watson’s 269 first place votes rank as the sixth most in history for a runnerup and his 1524 points ranked 10th most by a runnerup. The margin between Watson’s second place ranking and Mayfield’s third place was the widest in the 81-year history of the award.

Earlier this week, Watson beat out Jackson for the Davey O’Brien Award. It was the second consecutive year he had won the honor. He also won the Unitas Award as the top senior quarterback in the nation on Friday. Last year he won the Manning Award, which takes into account performance in bowl games. He is a finalist for that award also this year.

Watson has joined Colt McCoy of Texas and Marcus Mariota of Oregon as the only players to win the O’Brien, Unitas and Manning quarterback awards over a career.