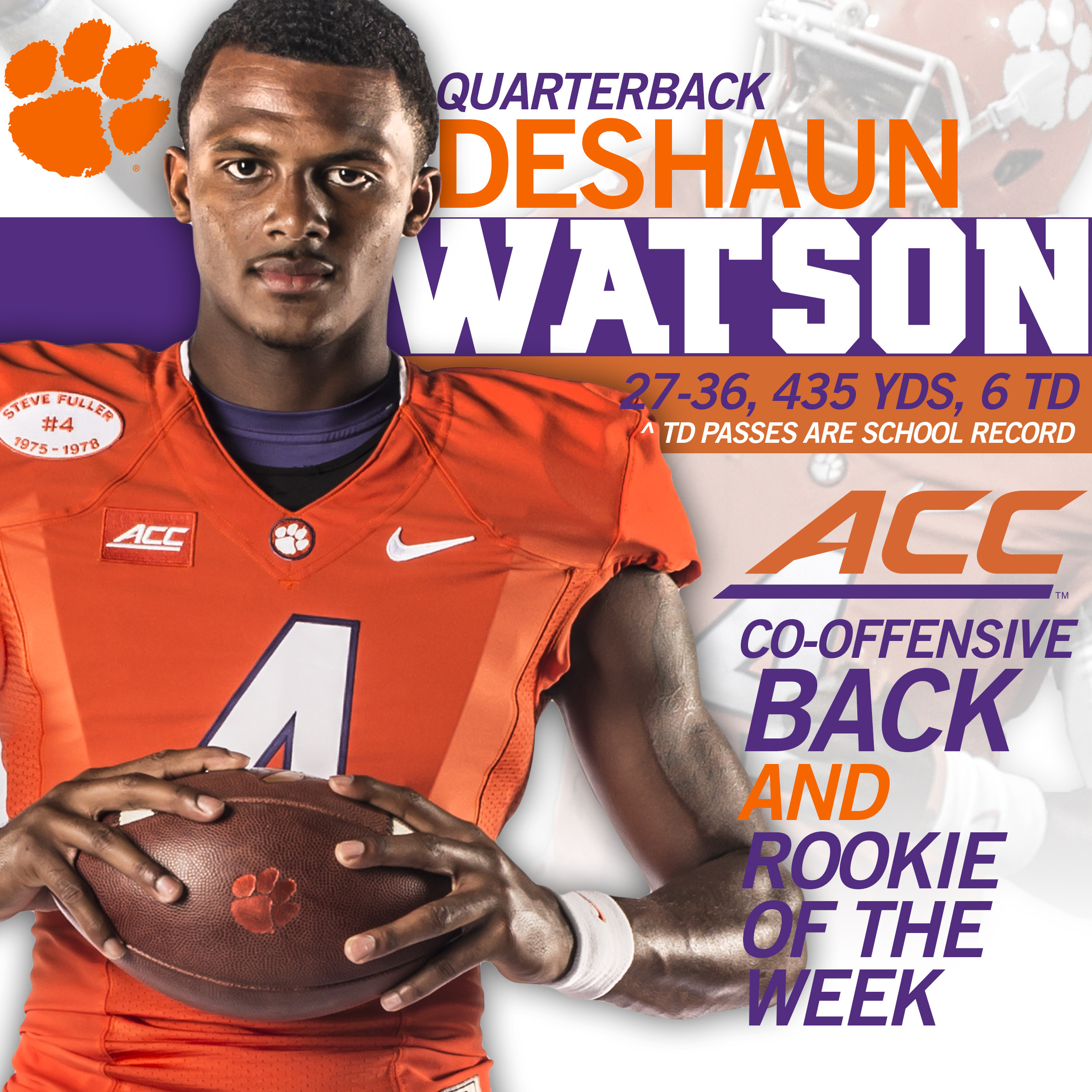 Pinion averaged 46.6 yards per punt and had three punts inside the 20. Four of his five punts were 46+ yards. He also handled kickoffs for the Tigers and had four touchbacks.