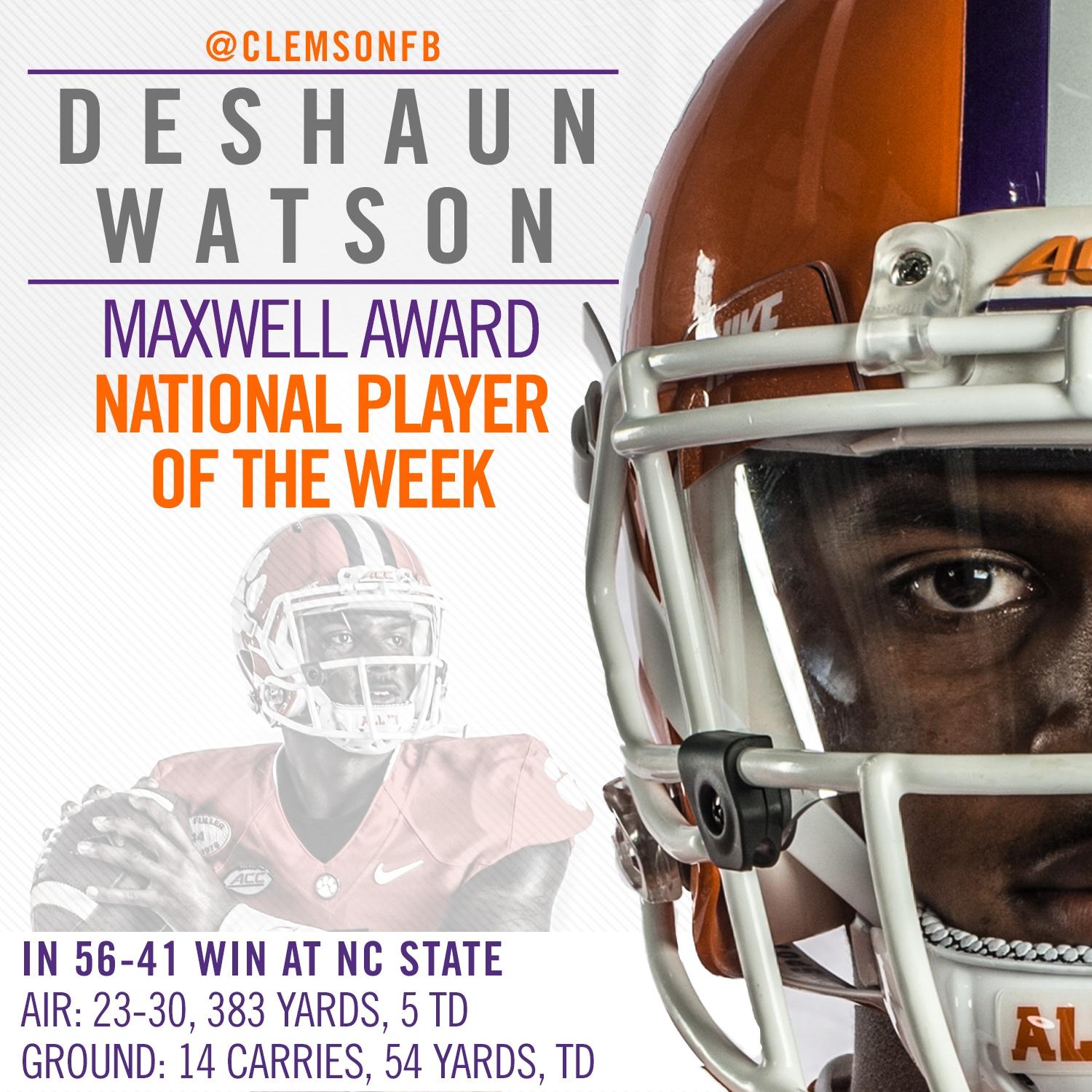 Watson Named National Player of the Week by Maxwell Award

The Maxwell Award is presented each year to the outstanding player in college football.  On Tuesday, Watson was named one of 20 semifinalists for the award, which will be presented in December.

For his career, Watson now has an efficiency rating of 171.11, second best among all active FBS quarterbacks who have played thrown at least  325 passes. He is already sixth in Clemson history in career touchdown passes with 34.