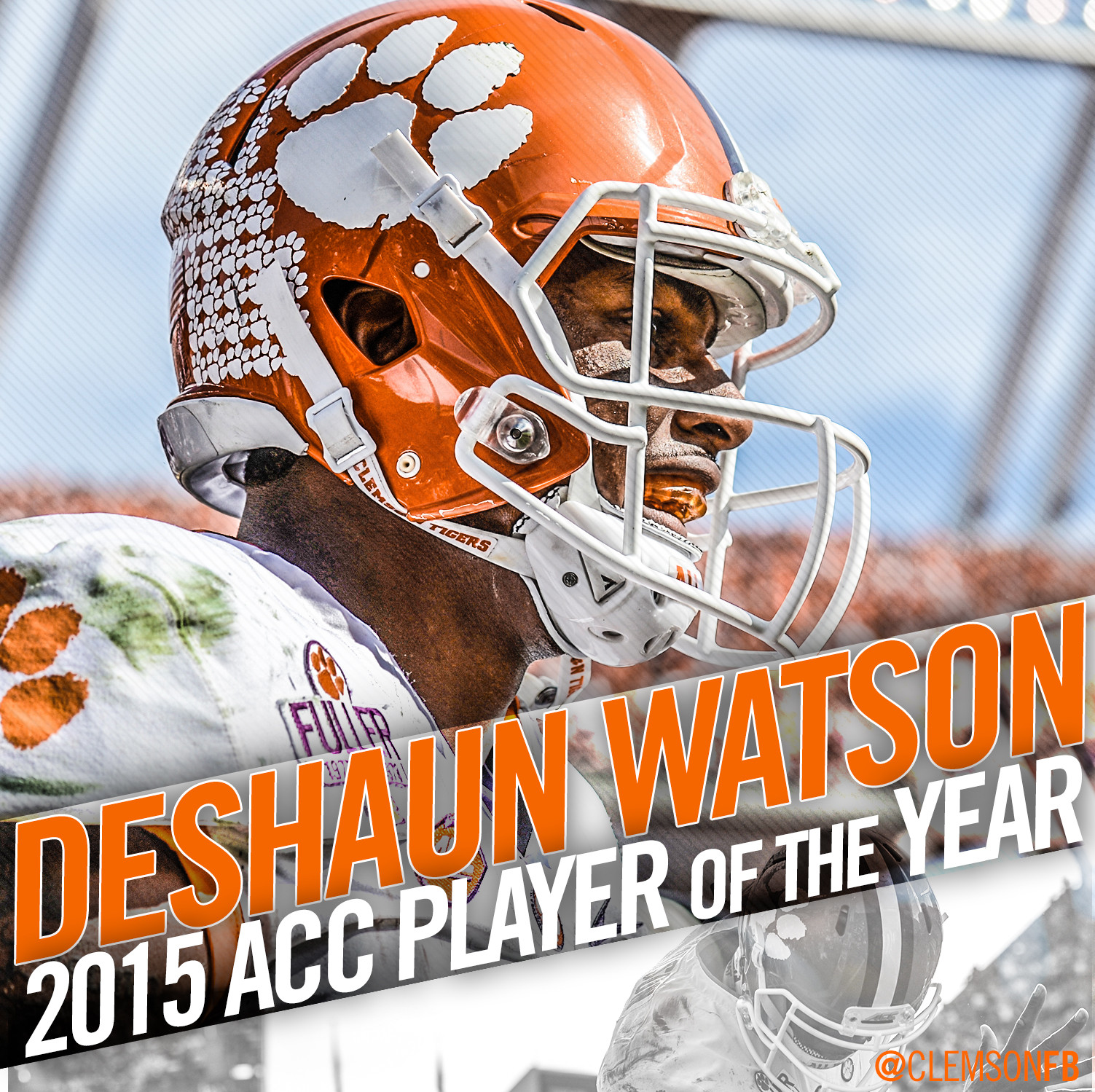 Voting members of the Atlantic Coast Sports Media Association (ACSMA) overwhelmingly gave the nod to Watson, who was also voted the ACC Offensive Player of the Year.

“If you look at any championship team out there, most of them have a great quarterback and leader,” Clemson head coach Dabo Swinney said. “That’s what we have. It’s a huge advantage when you have the best player in the nation, and I believe he is that.”

The 6-foot-2, 205-pound native of Gainesville, Georgia, has also rushed for 756 yards and nine touchdowns to further balance a Clemson offense that leads the conference in total yardage (502.5 yards per game) and ranks second in points scored (37.9 per contest).

“Deshaun can beat you with his feet and his arm, (and) he has shown that on a consistent basis, especially the second half of the season, Swinney said “We are very proud of what he has done this year in leading our team to a 12-0 record so far.  He is very deserving of the ACC Player of the Year.”

A four-time selection as the ACC Offensive Back of the Week, Watson owns a 16-1 record in less than two full seasons as Clemson’s starting quarterback and is 15-0 when he starts and finishes a game in a healthy state.

Watson becomes the ninth Clemson student-athlete to be named the ACC Football Player of the Year and the third in the last seven seasons. Quarterback Tajh Boyd received the honor in 2012, and running back C.J. Spiller was recognized in 2009.

Watson received 39 ACC Player of the Year votes from the 50 voting members of ACSMA. Florida State running back Dalvin Cook was second with nine votes, while Duke’s Cash and North Carolina quarterback Marquise Williams picked up one each.

In balloting for ACC Offensive Player of the Year, Watson received 40 votes, followed by Cook with nine and Williams with one.