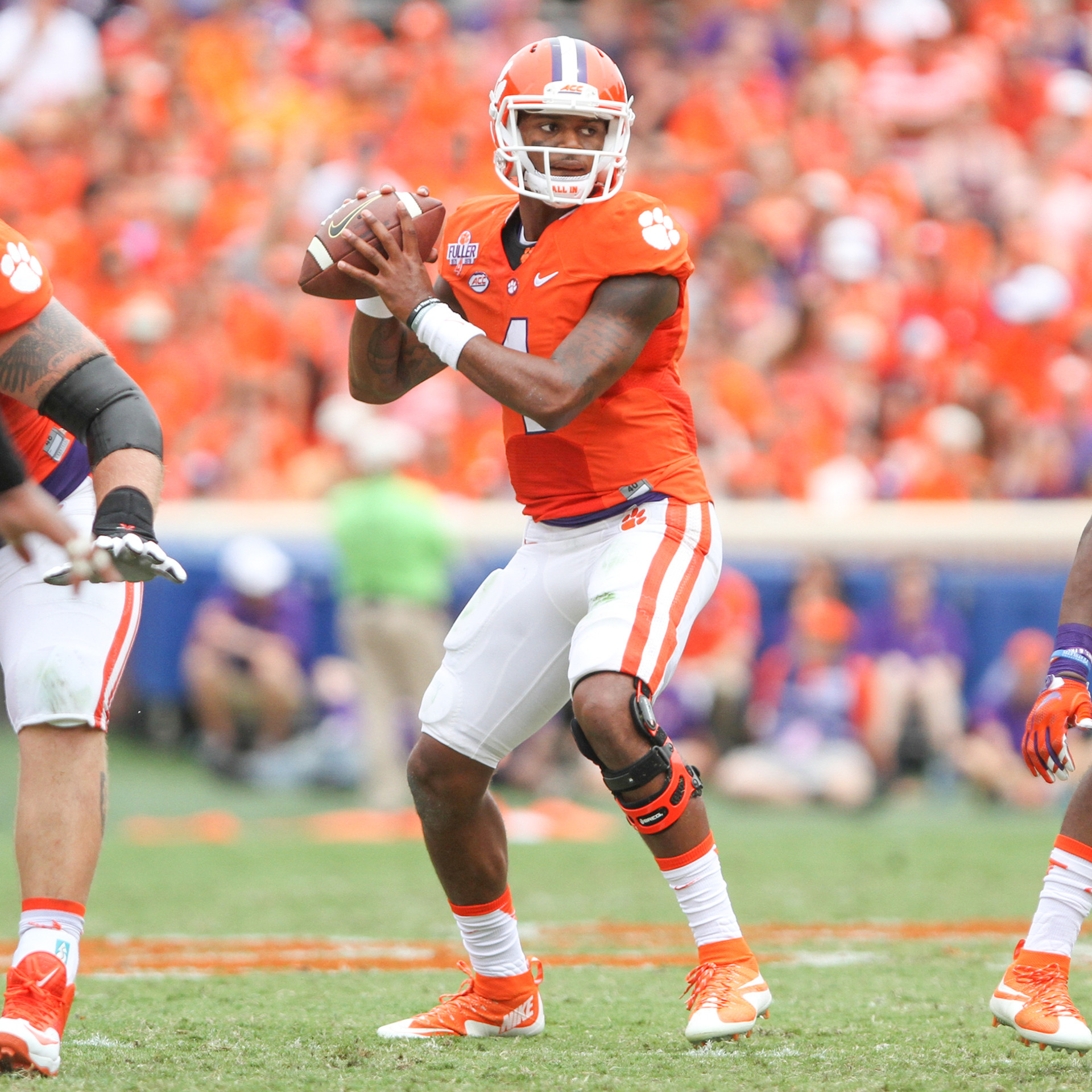 Clemson, S.C—Clemson quarterback Deshaun Watson has been named to the Davey O’Brien Award “Great 8” performance list for week 7 of the college season.  Each Monday during the season the O’Brien Award selects the top eight quarterbacks in the nation for their performance the previous Saturday.

Watson passed completed 27-41 passes for 420 yards and three touchdowns in the win over Boston College last Saturday.  The Eagles were the No. 1 ranked defense in the nation entering the game, but Watson led the Tigers to 532 yards of total offense through his passing and running.

Earlier on Monday, Watson was named the ACC Offensive Back of the Week.