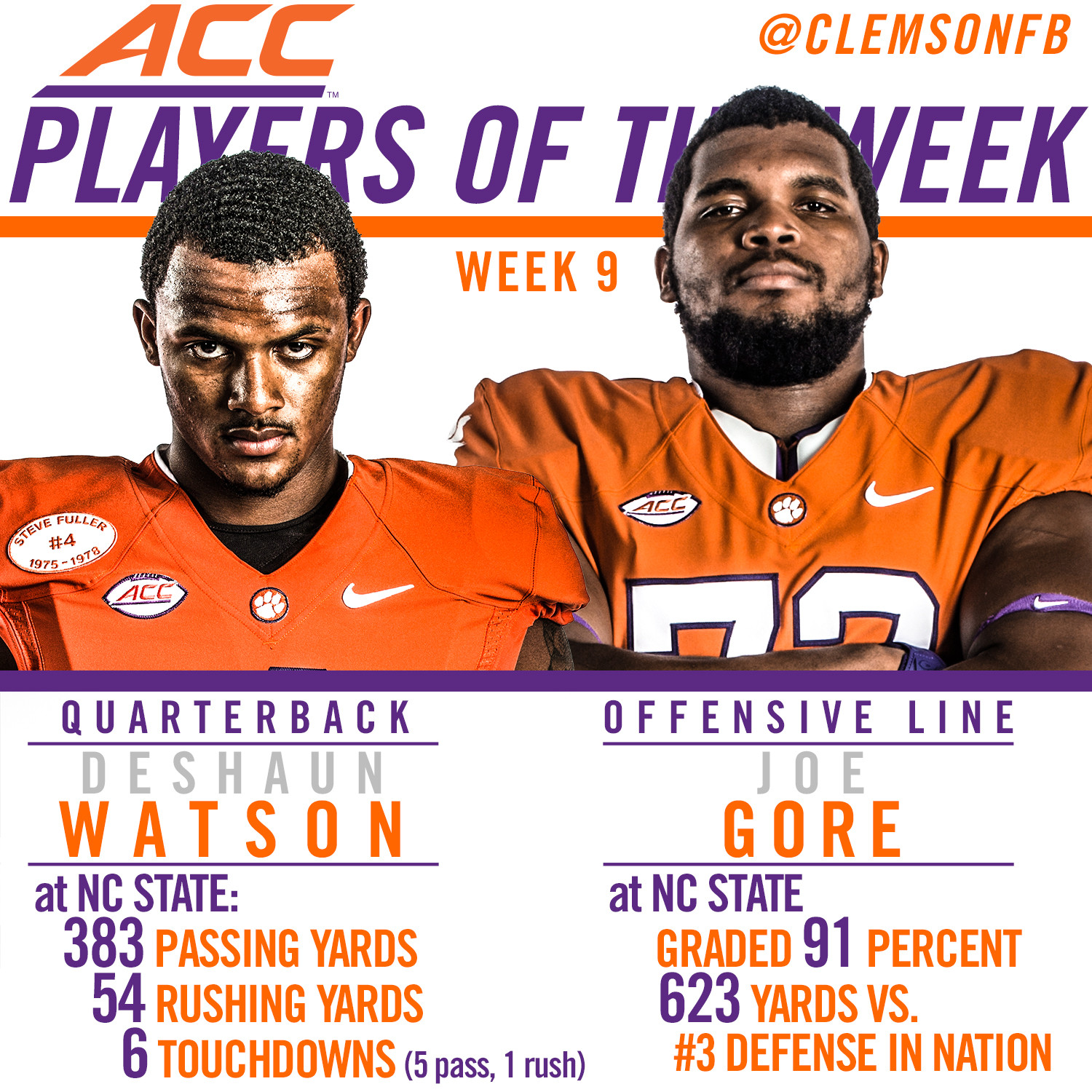 Watson completed 23-30 passes for 383 yards and five touchdowns in Clemson’s 56-41 win over NC State.  He also added 54 yards rushing in 14 attempts and a touchdown.  He finished the day with 437 yards of total offense and six touchdowns. The six total touchdowns tied for the second most in a game in Clemson history.

Watson was also named the National Offensive Player of the Week by the Walter Camp Foundation on Sunday.

Gore played all 80 snaps for the Clemson offense and graded a career best 91 percent in the Tigers 56-41 win at NC State. He had three knockdown blocks and did not allow a sack or have a penalty.

Gore was a big reason Clemson had 623 yards of total offense, second most in school history in a road game, and scored 56 points on seven touchdowns and three field goals.

This marked the third time this year a Clemson offensive lineman had been named ACC Offensive Lineman of the Week. Starting center Jay Guillermo was honored twice earlier in the season.