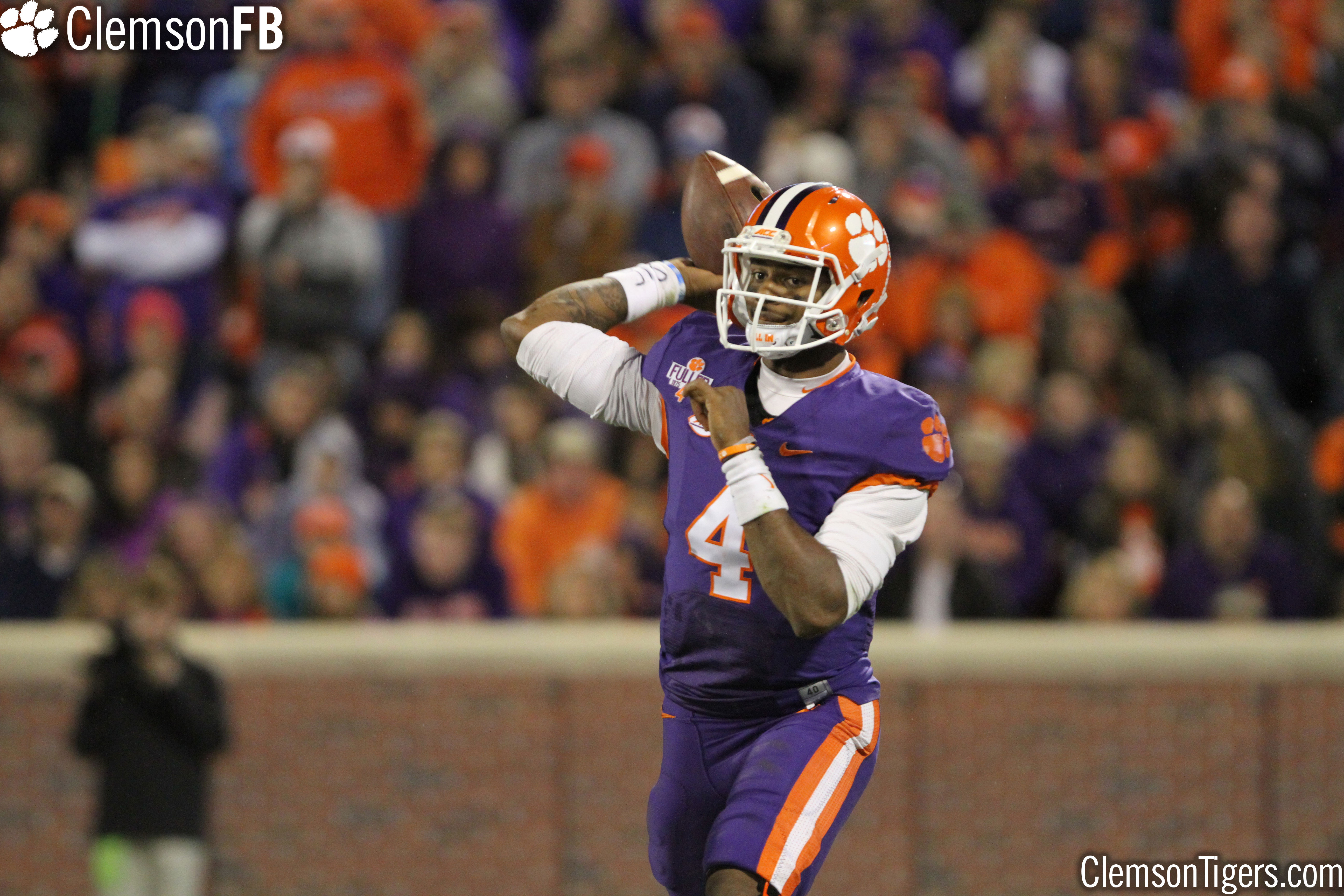 Watson Finalist for Walter Camp Player of the Year

New Haven, Conn. – Two running backs, two quarterbacks and one defensive back comprise the list of five finalists for the Walter Camp Football Foundation 2015 Player of the Year award.

The 2015 Walter Camp Player of the Year recipient, who is voted on by the Football Bowl Subdivision head coaches and sports information directors, will be announced on Thursday, December 10 during the 6 p.m. edition of ESPN SportsCenter.

The winner will receive his trophy at the Foundation’s annual national awards banquet on Saturday, January 16, 2016 at the Yale University Commons in New Haven.

Walter Camp, “The Father of American football,” first selected an All-America team in 1889. Camp – a former Yale University athlete and football coach – is also credited with developing play from scrimmage, set plays, the numerical assessment of goals and tries and the restriction of play to eleven men per side.  The Walter Camp Football Foundation – a New Haven-based all-volunteer group – was founded in 1967 to perpetuate the ideals of Camp and continue the tradition of selecting an annual All-America team.

The Walter Camp Football Foundation is a member of the National College Football Awards Association (NCFAA). The NCFAA was founded in 1997 as a coalition of the major collegiate football awards to protect, preserve and enhance the integrity, influence and prestige of the game’s predominant awards. The NCFAA encourages professionalism and the highest standards for the administration of its member awards and the selection of their candidates and recipients.

The finalists for the 2015 Walter Camp Player of the Year award:

DERRICK HENRY – ALABAMA – Junior – Running Back – The nation’s rushing leader (1,797 yards), Derrick Henry has rushed for 200+ yards in a game four times, including a season-high 271 in a win over Auburn.   Henry’s 22 touchdowns also lead the nation.  The second-ranked Crimson Tide (11-1) will face Florida on Dec. 5 in the Southeastern Conference title game.

DESMOND KING – IOWA – Junior – Defensive Back – The Big Ten Defensive Back of the Year, Desmond King leads the nation with eight interceptions, one of which he returned for a touchdown.  He has added 61 tackles and 11 pass breakups for the Hawkeyes, who have won a school-record 12 games, and play Michigan State on Dec. 5 in the Big Ten Conference title game

BAKER MAYFIELD – OKLAHOMA – Junior – Quarterback – The leader of the Big 12 champion Sooners (12-0), Baker Mayfield has passed for 3,389 yards and 35 touchdowns this season.   His 178.9 passing efficiency rating is ranked third in the nation.  Mayfield has also rushed for 420 yards and scored seven touchdowns.

CHRISTIAN McCAFFREY – STANFORD – Sophomore – Running Back/Kick Returner – The nation’s leader in all-purpose yardage (3,305 – 252.9 yards per game), Christian McCaffrey is among the nation’s leaders in rushing (1,640 yards) for the 10-2 Cardinal, who will face USC on Dec. 5 in the Pac-12 championship game.

DESHAUN WATSON – CLEMSON – Sophomore – Quarterback – The leader of the top-ranked Tigers offense, Deshaun Watson has accumulated 3,979 yards of total offense and 36 total touchdowns, both of which rank first in the Atlantic Coast Conference.  Watson’s 161.9 passing efficiency rating also leads the ACC.  Clemson (12-0) will play North Carolina on Dec. 5 in the ACC Championship Game.