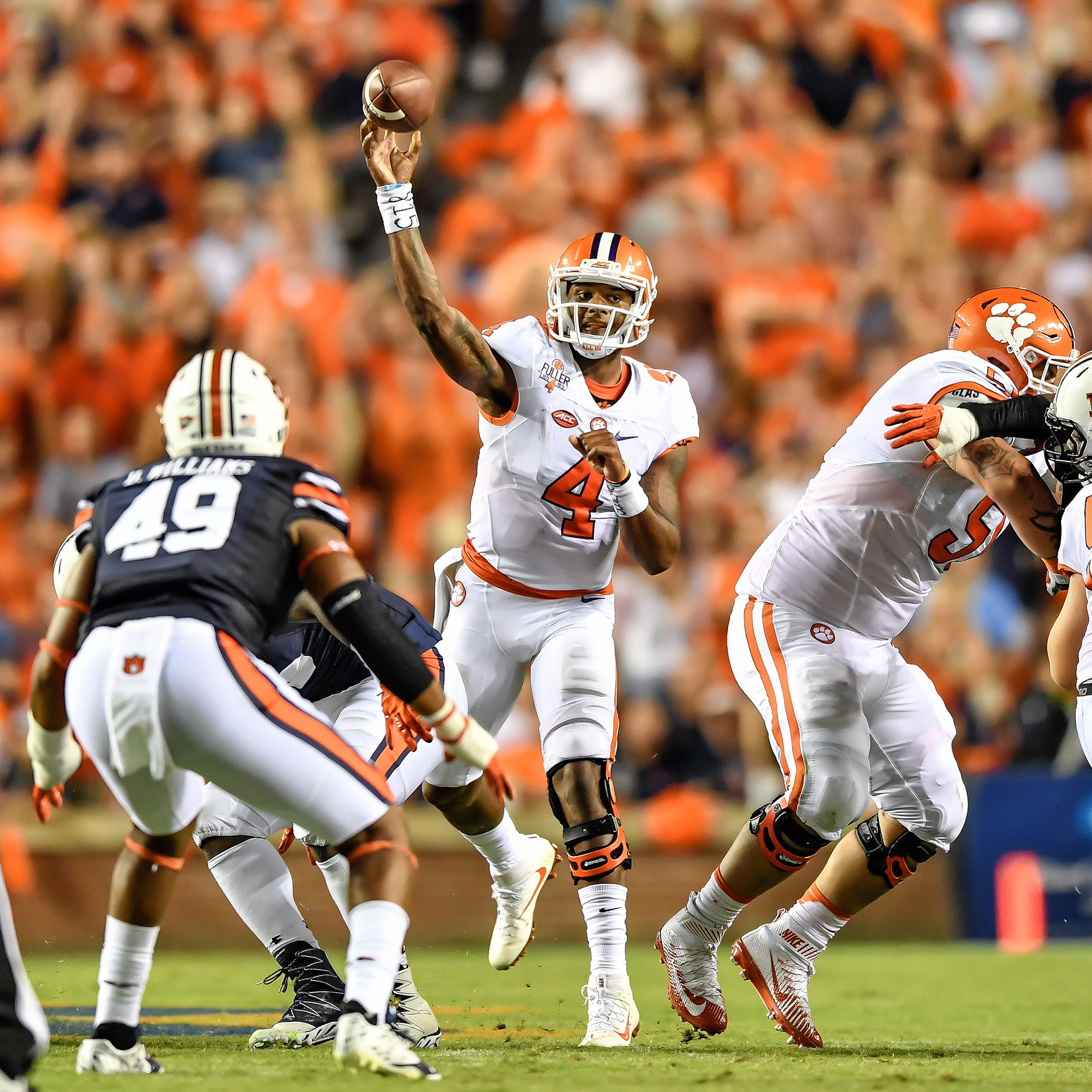 BALTIMORE, MD — The 2016 The Johnny Unitas Golden Arm AwardÒ candidates have been reduced to the Top 5 of the country’s top college quarterbacks.

Remaining candidates for the prestigious annual award – named after the man many refer to as the greatest quarterback ever to play the game of football – are:

The Golden Arm Award is presented at the end of each season since 1987 to the nation’s top college quarterback, based on his accomplishments both on and off the field. Candidates must be a college senior or fourth-year junior on schedule to graduate with their class. These strong leaders have demonstrated a commitment to excellence and worked hard for themselves and their teams during the season and beyond.

“If Johnny Unitas was still with us he would have been proud of the Selection committees’ belief, trust and great job in identifying these college Quarterbacks’ that best represent what he stood for,” said Mel Kiper, ESPN Analysis.

The namesake of the Golden Arm Award has a storied history. Johnny Unitas was an 18-year veteran of the NFL, who played his collegiate career at the University of Louisville before joining the Baltimore Colts in 1958. His career passing figures include 2,830 pass completions for 40,239 yards, 290 touchdowns and throwing a touchdown pass in 47 consecutive games.