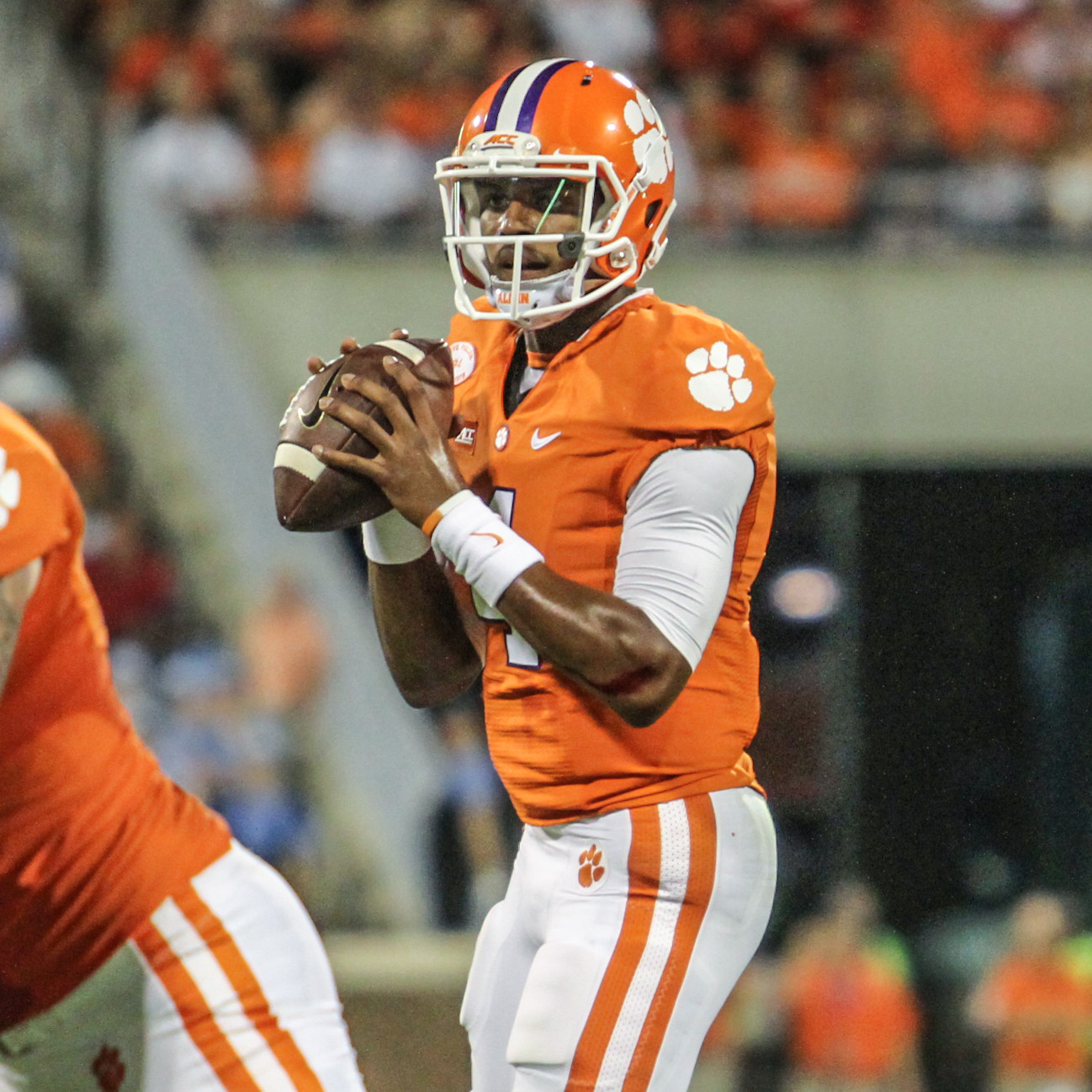 Deshaun Watson has been selected as the Manning Award Quarterback of the Week. He earns the win over seven other Manning Award Stars of the Week in the Allstate Sugar Bowl’s Facebook contest.     In his first career start, Watson completed 27 of 36 passes for 435 yards and six touchdowns to lead the Tigers to a 50-35 ACC win over North Carolina. The six touchdowns set a Clemson single game record and tied an ACC record. They were the most touchdown passes by an ACC quarterback in his first career start and most by an ACC freshman in history. The 435 passing yards were second in Clemson history and second most by an ACC quarterback in his first career start.   Through four games, Watson is first in the nation in yards per attempt at 11.87 and is second in passing efficiency at 212.7. He trails only Oregon quarterback Marcus Mariota in that category. The Gainesville, Ga. native was also named national freshman-of-the-week by CBSSports.com and ACC Rookie-of-the-Week for the second consecutive week. Watson and the Tigers return to action at home against N.C. State on Saturday  at 3:30 pm on ESPNU.   Watson’s top competitors this week were Gary Nova of Rutgers and TCU’s Trevone Boykin. Nova became Rutgers career leader in touchdown passes in 31-6 win over Tulane, including a 93-yard touchdown pass to Andrew Turzilli. Boykin passed for four touchdowns and added two rushing as the Horned Frogs remained undefeated with a 56-0 victory over SMU in the “Battle for the Iron Skillet.”Check out the final fan voting numbers on Facebook here.  <https://www.facebook.com/media/set/?set=a.10154607618235459.1073741874.297090315458&type=1>