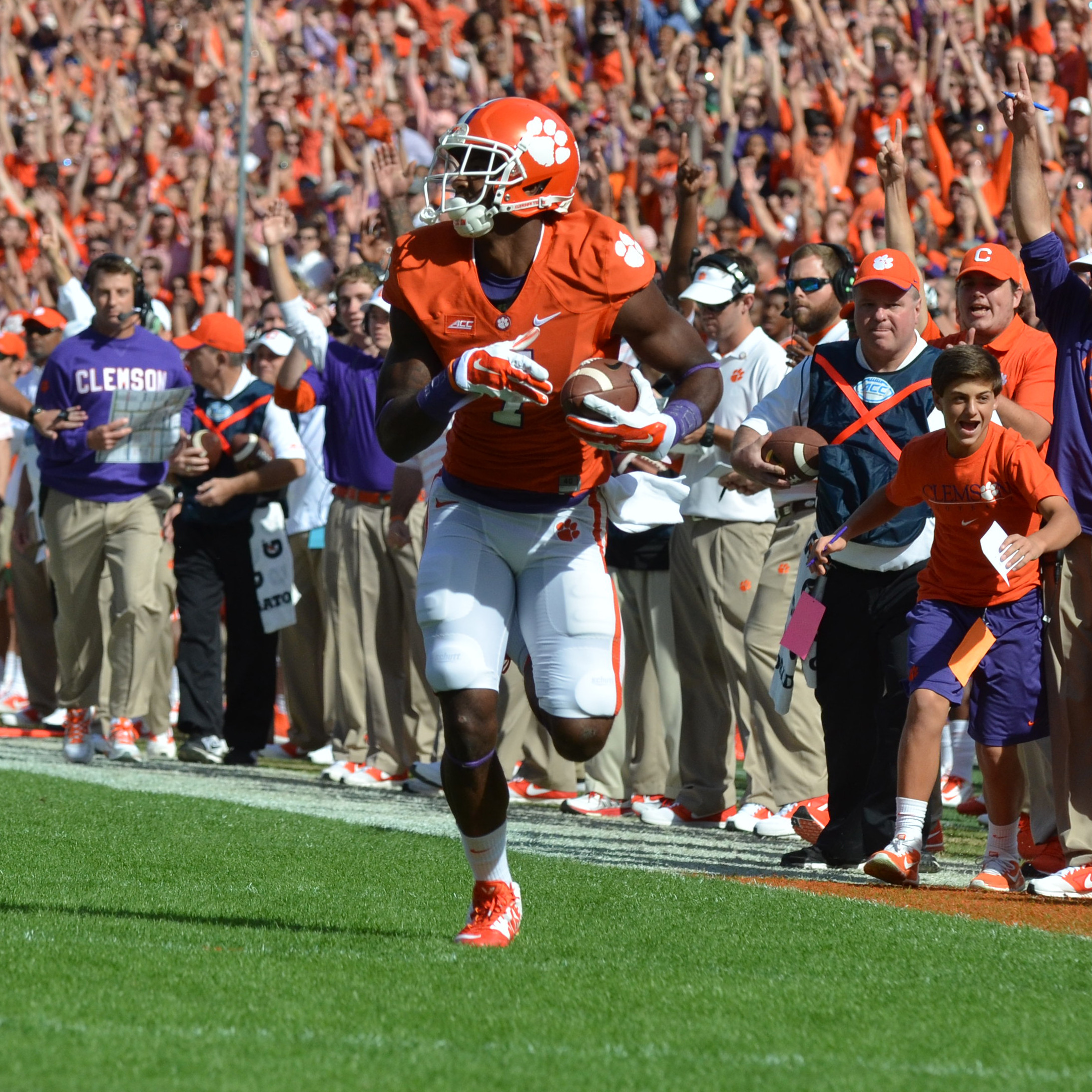 Watson and Williams Honored by ACC

Watson completed 17-29 passes for 267 yards and two scores, and picked up 62 rushing yards on 15 attempts and scored two more touchdowns, giving him 329 yards of total offense in the 41-0 win over NC State.

Watson is the first Clemson quarterback to be named ACC Offensive Back and Rookie of the Week twice in the same season, never mind in consecutive weeks.  He has already been named ACC Rookie of the Week three times, just the sixth Clemson freshman to be honored at least three times in the same year. Sammy Watkins (2011) and Anthony Simmons (1995) were honored four times, while Chuck McSwain (1979), James Davis (2005), and C.J. Spiller (2006) were named three times.

This marks the sixth time since 2011 that Clemson has had the ACC Offensive Back of the Week and the Receiver of the Week in the same week.  Tajh Boyd and Sammy Watkins did it as a duo five times between 2011 and 2013.