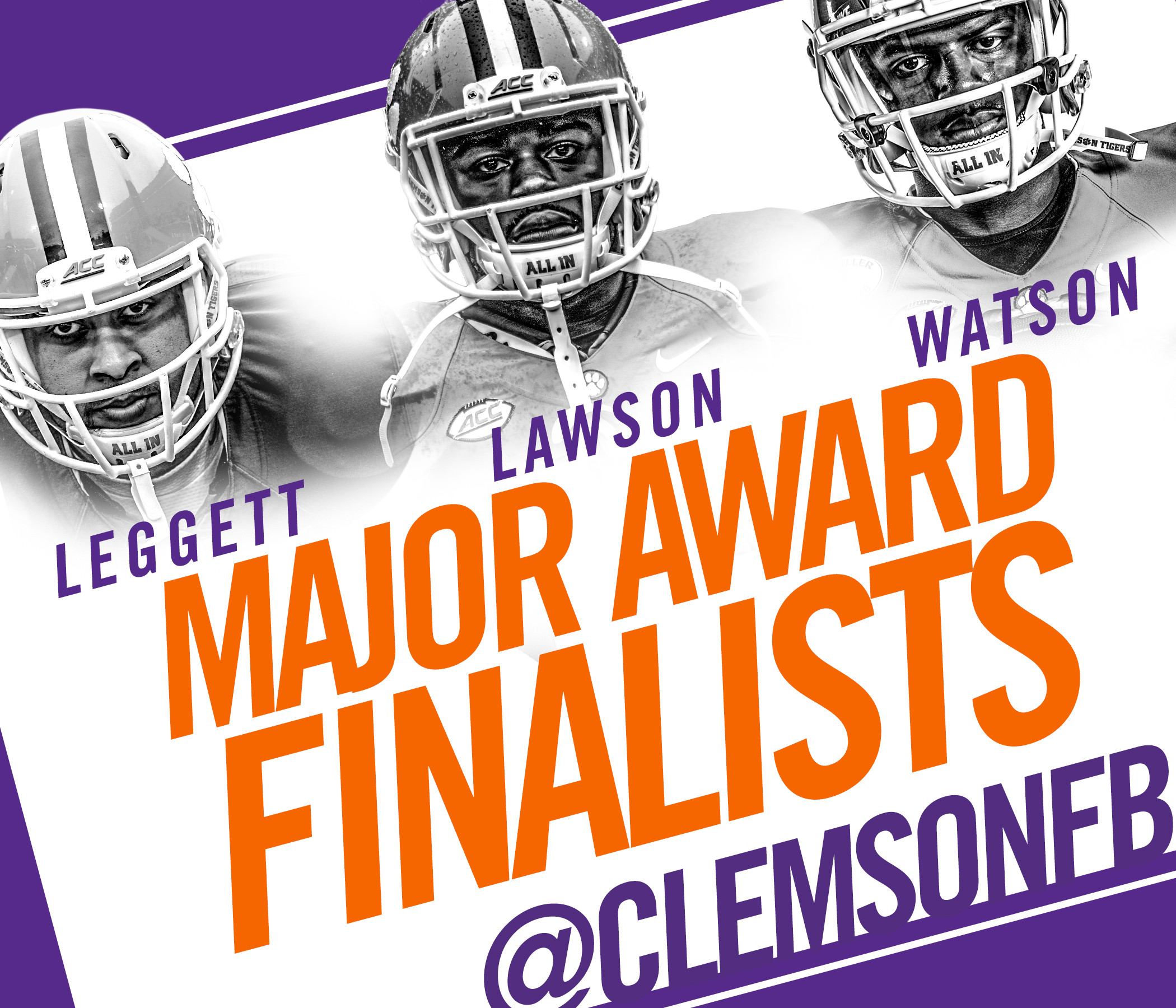 Last week, Clemson defensive end Shaq Lawson was named a finalist for the Nagurski Award and the Lombardi Award.

Watson is the first Clemson player to be a finalist for both awards.

Watson has led Clemson to a No. 1 ranking and an 11-0 record so far this year.  It is the first time Clemson has won its first 11 games since 1981, the year Clemson won the National Championship.

The sophomore from Gainesville, Ga. has completed 241 of 344 passes for 2,944 yards and 26 touchdowns.  He has completed 70.1 percent of his passes, third best in the nation.  He has added 642 yards on the ground in 118 carries and has scored six touchdowns.

Watson is the only quarterback in the nation to rush for 600 yards and pass for 2,900 yards this season.

Watson is eighth in the nation in passing efficiency with a 161.07 rate.  Four times he has been the ACC Offensive Back of the Week, the most selections by any Clemson offensive player in school history.  He has been named to the Manning Award Honor roll four of the last five weeks.

Leggett is  joined on the list of Mackey finalists by Hunter Henry of Arkansas and Austin Hooper of Stanford.  The junior has caught 27 passes for 345 yards and a team best six touchdowns this year.  He had at least one touchdown reception in five straight games at one point, a Clemson record for a tight end.

Leggett had two touchdown receptions among his four receptions for 56 yards in the win over Georgia Tech.  He tied a school record for touchdown catches in a game by a Clemson tight end.

In the win over Florida State, the junior from Navarre, Fla. had six catches for 101 yards and became just the fourth Clemson tight end in history to have at least 100 receiving yards in a single game.