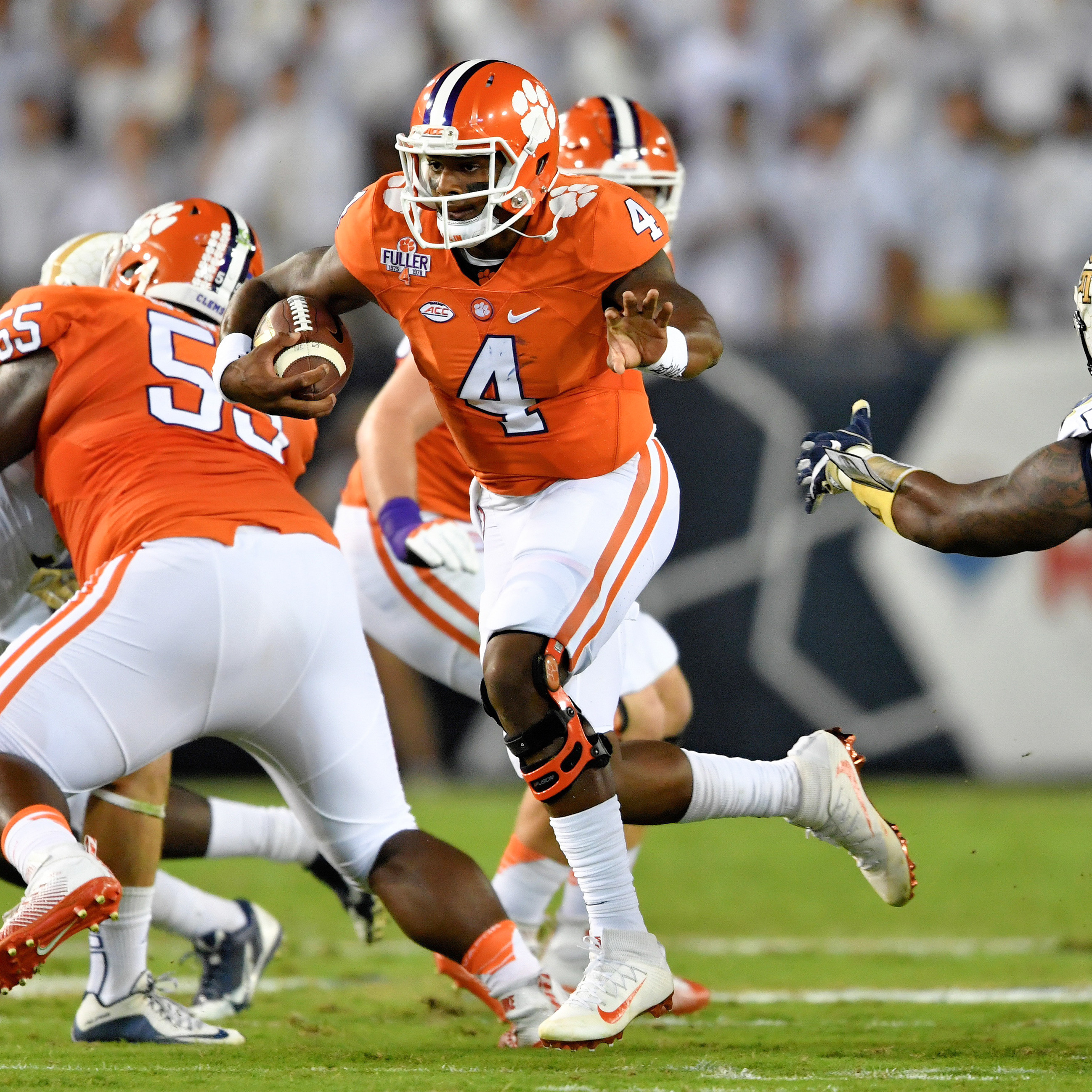 Watson and Boulware Honored for Performances vs. Louisville

Clemson, S.C.—Clemson quarterback Deshaun Watson and linebacker Ben Boulware were both honored as national players of the week for their respective performances against Louisville.  The Tigers defeated the third-ranked Cardinals 42-36 Saturday night in Memorial Stadium.  It tied for the highest ranked team Clemson has beaten.

Watson completed 20-31 passes for 306 yards and five touchdown passes.  He also rushed 14 times for 91 yards.  Watson became the second FBS player in the last four years to throw for at least 300 yards and five touchdown passes and rush for at least 90 yards against a top 10 team. The only other quarterback to do it was former Tiger Tajh Boyd against Ohio State in the 2014 Orange Bowl.

Watson led Clemson on a fourth quarter comeback. The Tigers trailed 36-28 in the fourth period before he connected on a 20-yard scoring pass to Mike Williams with 7:05 left, then hit Jordan Leggett with a 31-yard scoring pass with 3:14 remaining.

Boulware had a career high 18 tackles, three tackles for loss, a fumble recovery and a pass deflection against a Louisville offense that came into the game leading the nation in scoring and total offense.

Both players will be back in action on Friday night when the Tigers play at Boston College.