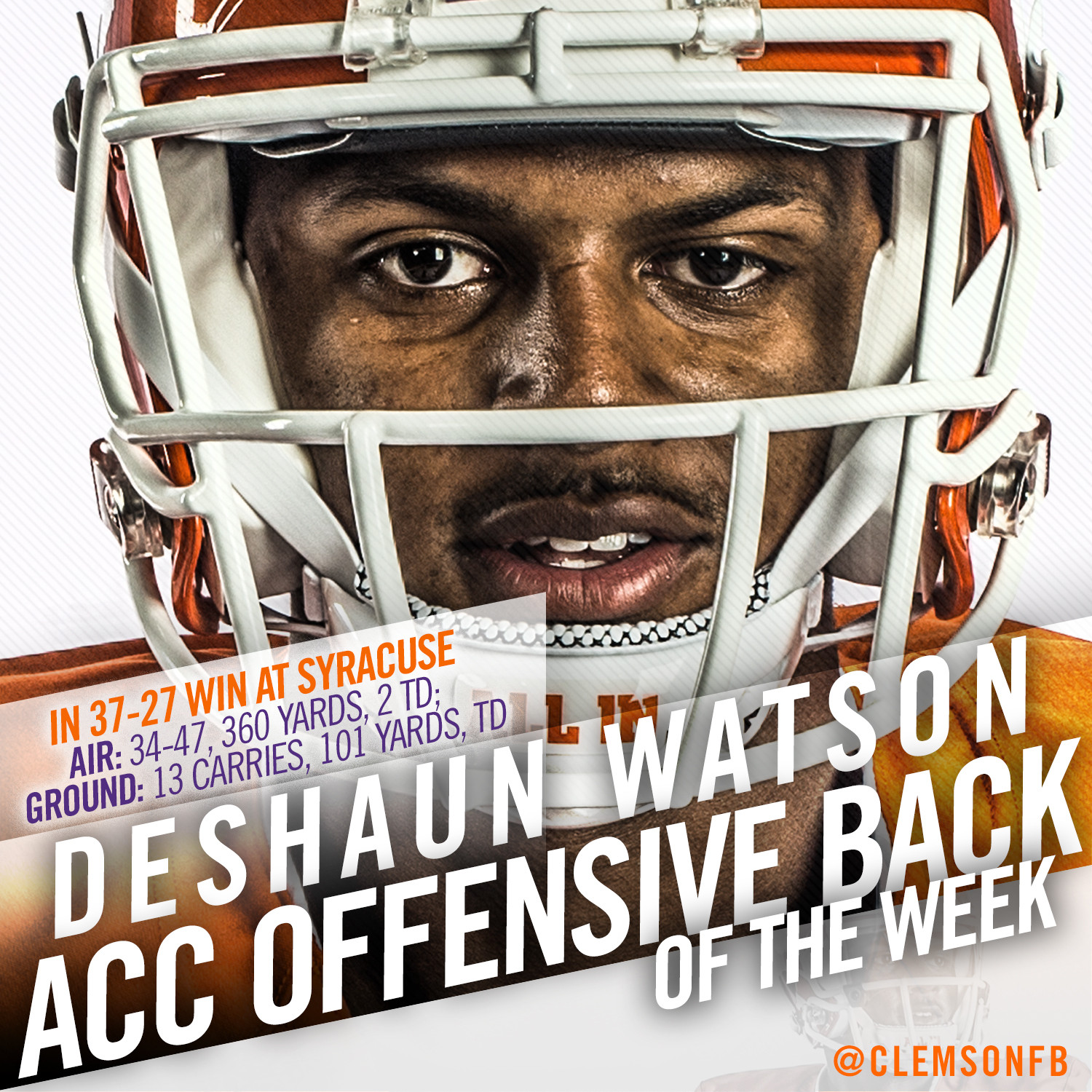 Watson ACC Offensive Back of the Week

CLEMSON, S.C. — For the third time in the last five weeks, Clemson quarterback Deshaun Watson has been named ACC Offensive Back of the Week. The sophomore quarterback led Clemson to a 37-27 victory at Syracuse on Saturday, improving the No. 1 ranked Tigers to 10-0.

Watson was also named the ACC Back of the Week for his performances against Boston College and NC State. He has rushed for at least 100 yards in consecutive games and is averaging 319 yards of total offense per game, 15th best in the nation.

For the season, Watson has completed 216-308 passes for 2,593 yards and 23 touchdowns. He averages 259 passing yards per game and has completed 70.1 percent of his passes. His completion percentage is fourth best in the nation and his passing efficiency is 14th. His 23 touchdown passes rank 11th among all FBS players.

Watson has now been named ACC Offensive Back of the Week five times in the last two years, tied for the sixth most selections in Clemson history. Tajh Boyd has the record with nine ACC Player of the Week selections from 2011-13.