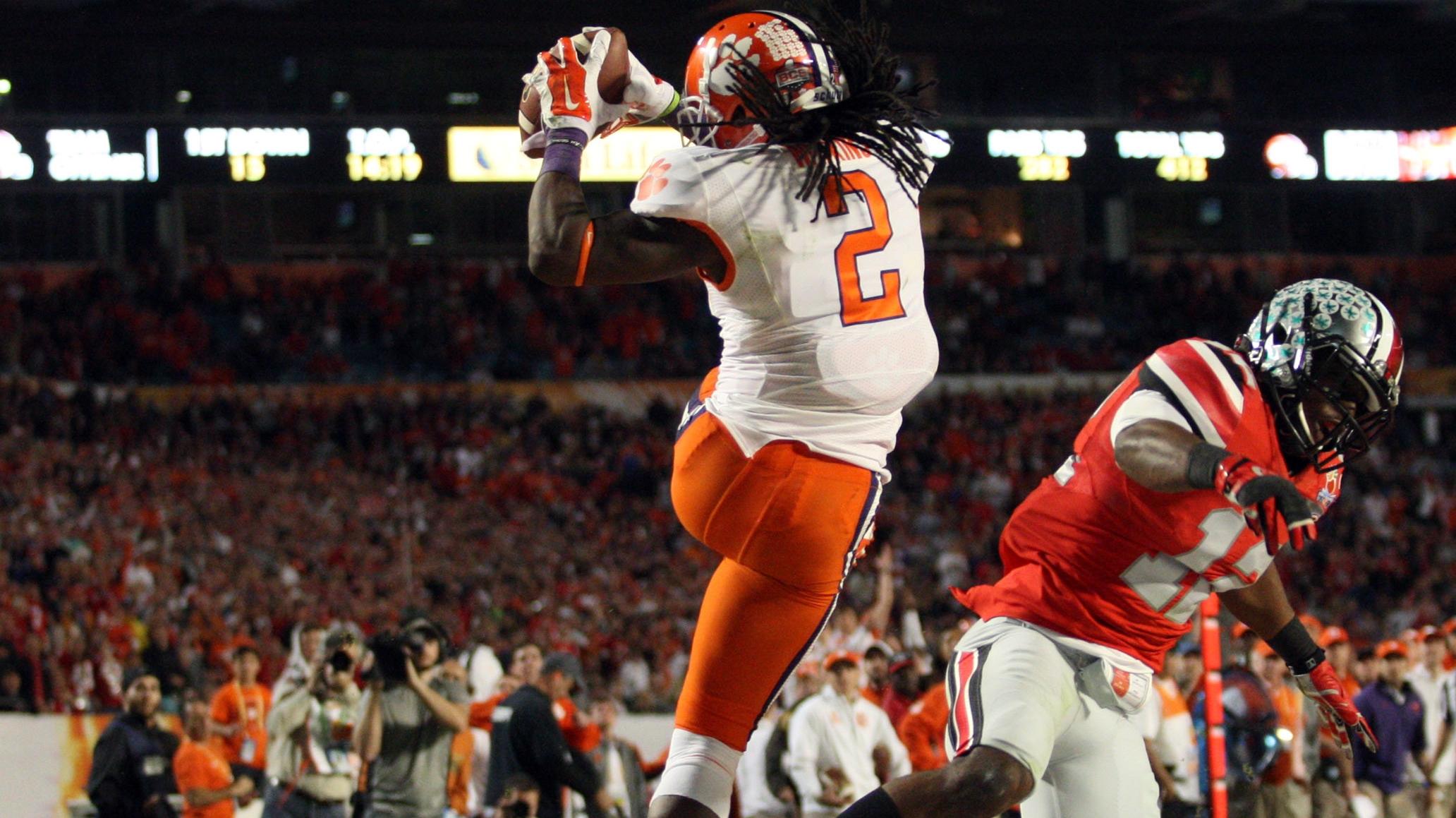 Watkins Should be Top Five Selection in NFL Draft Thursday

CLEMSON, S.C. – Clemson receiver Sammy Watkins will be one of 30 prospects in New York City on Thursday evening as the National Football League begins its annual draft of college players at 8:00 p.m. Watkins is one of many former Tiger football players who should have their name called over the three days of the NFL draft.

Watkins, the number-one receiver available according to many analysts, is expected to be selected within the top five picks, and could go as high as second according to some.

If he is taken within the first three selections he will be the highest draft pick in Clemson history. Banks McFadden (1939, Brooklyn) and Gaines Adams (2007, Tampa Bay) were both the number-four selection of the NFL draft after their respective senior seasons.

Watkins had a record-breaking season for the Tigers with 101 receptions for 1464 yards and 12 touchdowns. He was a finalist for the Biletnikof Award and was a first-team All-American. He finished his Clemson career as the schools career leader in receptions and reception yardage. In his final game he had a Clemson record 16 receptions for a record 227 yards and two touchdowns in Clemson’s 40-35 win over Ohio State in the Discover Orange Bowl.

Watkins is one of three Clemson juniors who made themselves available for the draft, the most underclassmen from Clemson in one draft in history. The others are wide receiver Martavis Bryant and cornerback Bashaud Breeland.

According to a recent mock draft by ESPN analysts Todd McShay and Mel Kiper, four former Clemson players could be selected among the top 100 players. They had Watkins going second to St. Louis, Bryant going 63rd to Denver, Brandon Thomas 83rd to Cleveland and Breeland 97th to Pittsburgh. ESPN.com had all four of the players ranked among the top 85 players available in the draft.

“I think we will have 10 or 11 players get a shot at the next level, either by the draft or by signing a free agent contract,” said Clemson Head Coach Dabo Swinney. “It will be an exciting, three-day period for our players and our staff. They have all worked very hard for this day.”

Other Clemson Draft Notes of Interest