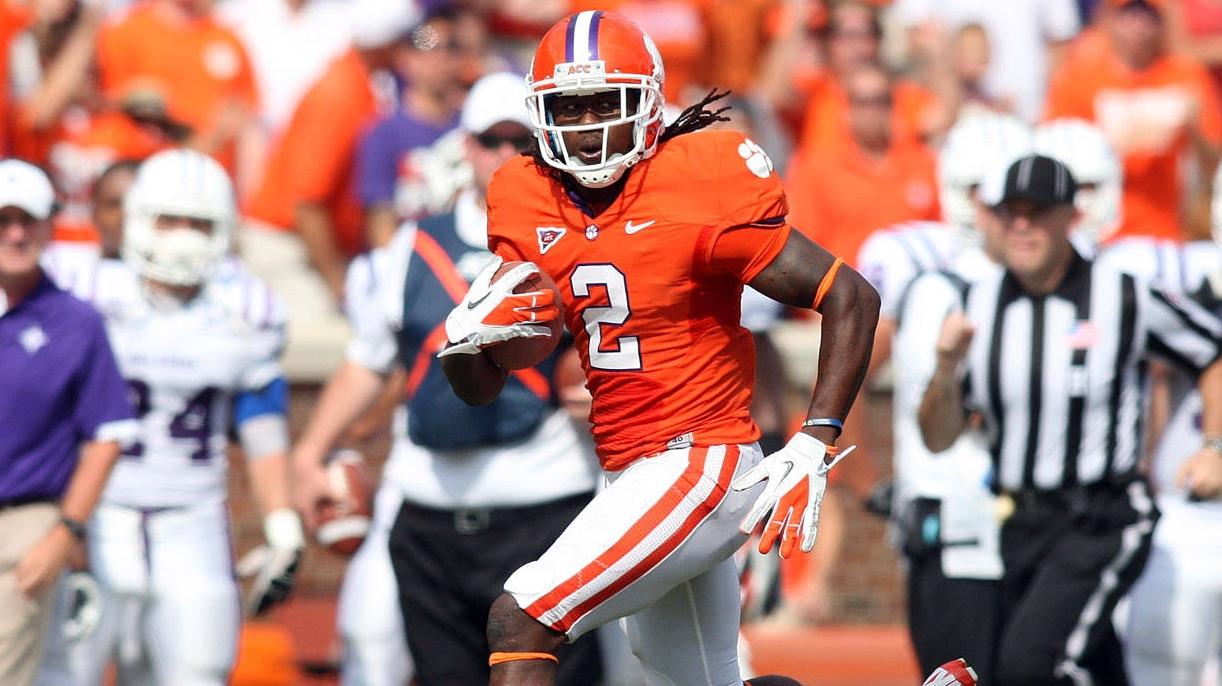 CLEMSON, SC – Clemson All-America wide receiver Sammy Watkins returned to practice Monday after missing Clemson’s game at Boston College on Saturday. Watkins missed the game with an abdominal virus. He is expected to be back in the Clemson lineup this coming Saturday when the Tigers face Georgia Tech at Memorial Stadium at 3:30 PM.

Watkins was held out of making the trip by doctors due to abnormal results on a blood test. Those readings returned to normal levels on Monday.

“Sammy got plenty of rest over the weekend and will be back at practice on Monday, and he should be able to play on Saturday against Georgia Tech,” said Head Coach Dabo Swinney.

“Apparently his problems last week were the result of dehydration, some trauma to the kidney caused by the physical nature of the Florida State game, and a virus. We look forward to his return to practice today.”

Watkins has played in just two of the first five games for the 15th ranked Tigers so far this year. He has 10 catches for 76 yards and also had six rushes for 95 yards and a touchdown, a 58-yard run against Furman. He also threw a 52-yard touchdown pass to Andre Ellington at Florida State. He had 228 all-purpose yards in the two games he has played.

Last year Watkins was a first-team All-American as a freshman when he set a school record for reception yards (1219) and reception touchdowns (12).