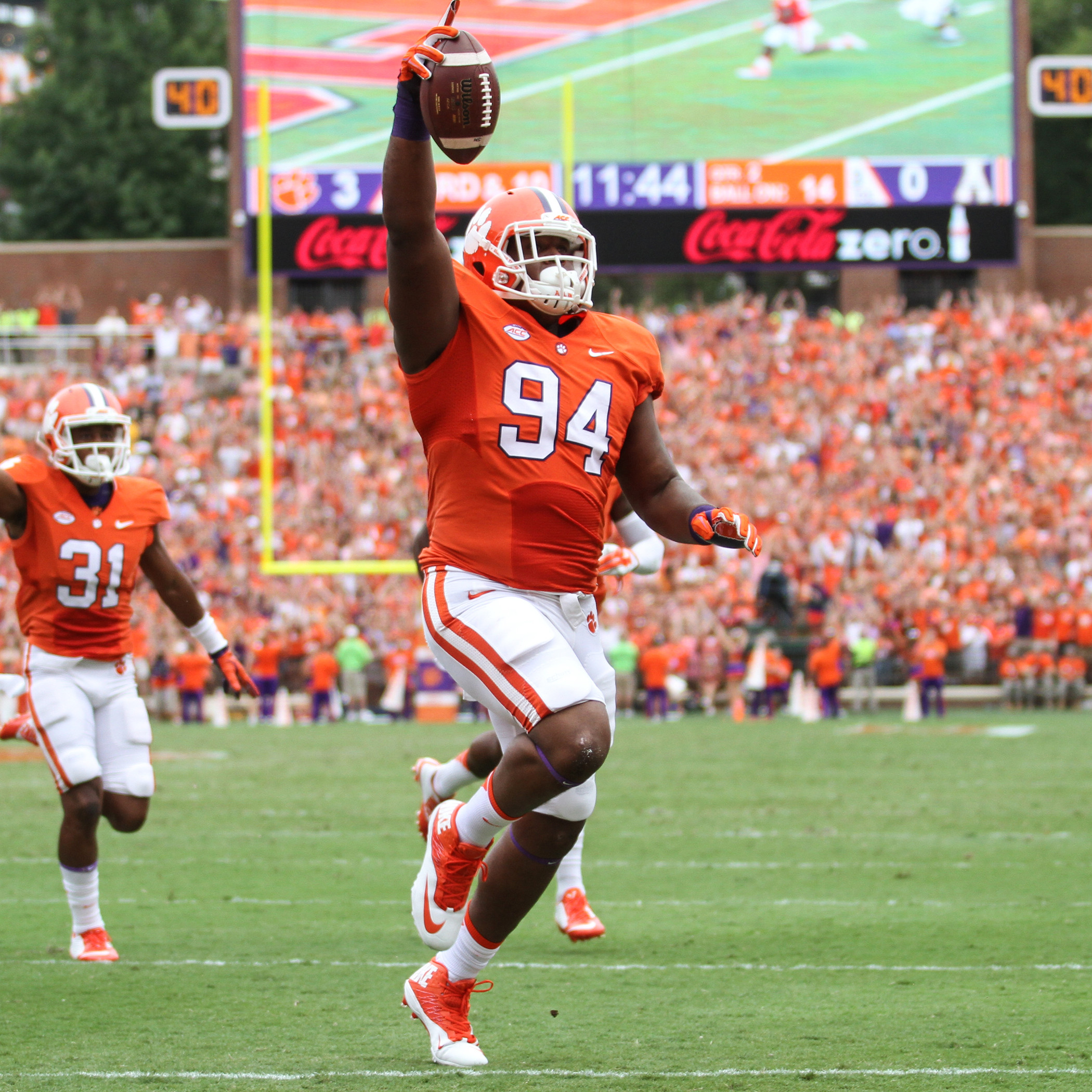 Clemson, S.C.—Clemson senior defensive tackle Carlos Watkins has been named to the Watch Lists for both the Outland Trophy and Nagurski Award.  The Tigers starting defensive tackle was one of six players, the only one from the ACC, chosen to both.  Both awards are presented by the Football Writers Association of America.

The Outland Trophy has been presented since 1946 and is given to the top offensive or defensive interior lineman in the nation.  Defensive ends are not eligible.

Clemson had three players named to the Outland Trophy Watch List.  That group includes All-ACC center Jay Guillermo, All-ACC  starting guard Tyrone Crowder, and Watkins. Clemson, Auburn and Southern California were the only schools to have three selections on the Outland Watch List.  Clemson faces Auburn in the season opener on September 3.

Watkins, Martavis Adams of Auburn, Davon Godchaux of LSU, Treyvon Hester of Toledo, Lowell Lotulelei of Utah, and Malik McDowell of Michigan State are the six players nationally named to both lists.

Clemson was the only school in the nation to have at least three representatives on both lists.