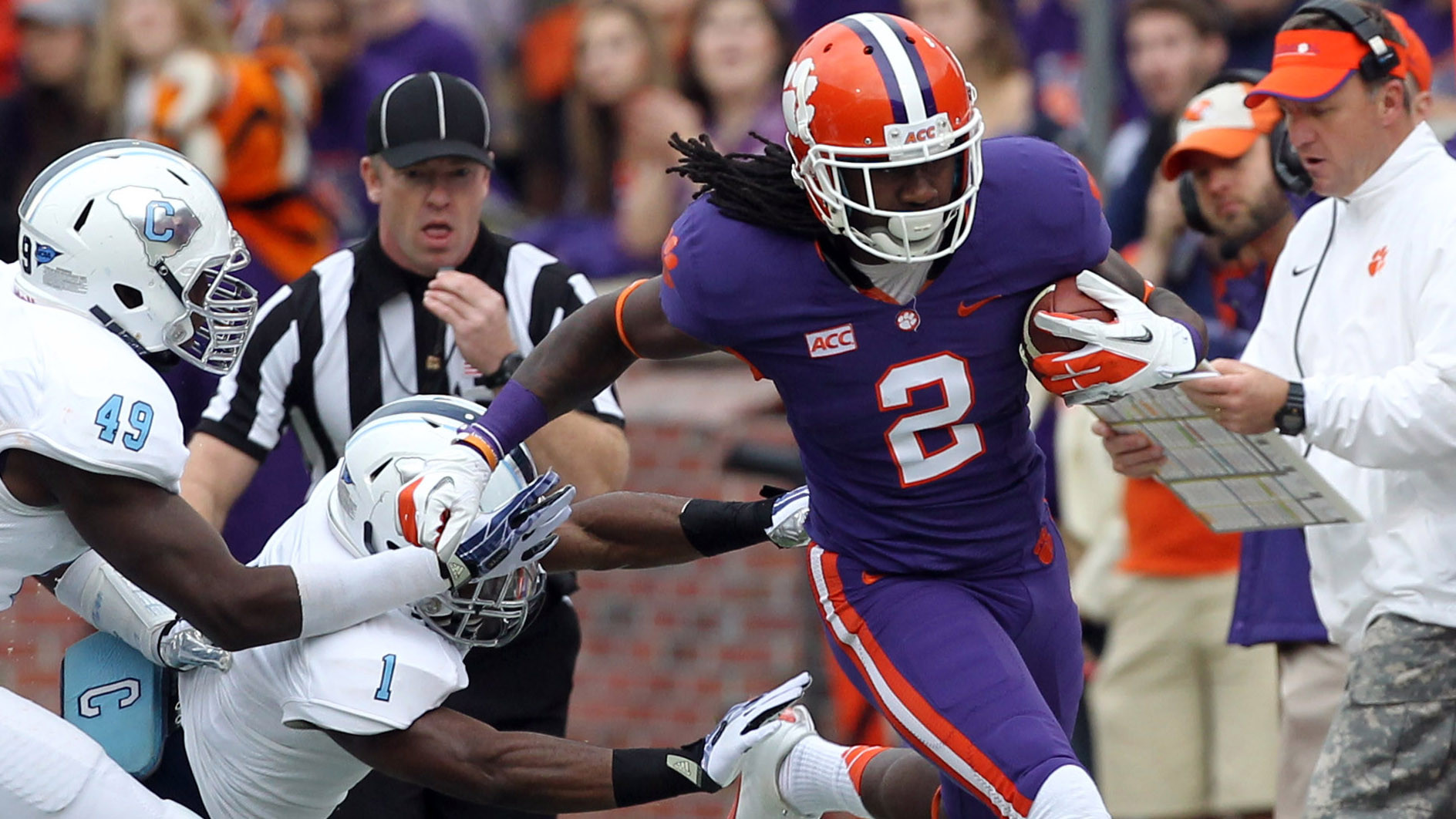 This year, Watkins has 85 receptions for 1237 yards and 10 touchdowns. He has seven 100-yard receiving games this year and 14 for his career. He needs just four receptions in the Discover Orange Bowl against Ohio State to establish a Clemson season record for receptions.

For his career his 224 receptions are fourth in ACC history and his 3164 career receiving yards rank fifth.