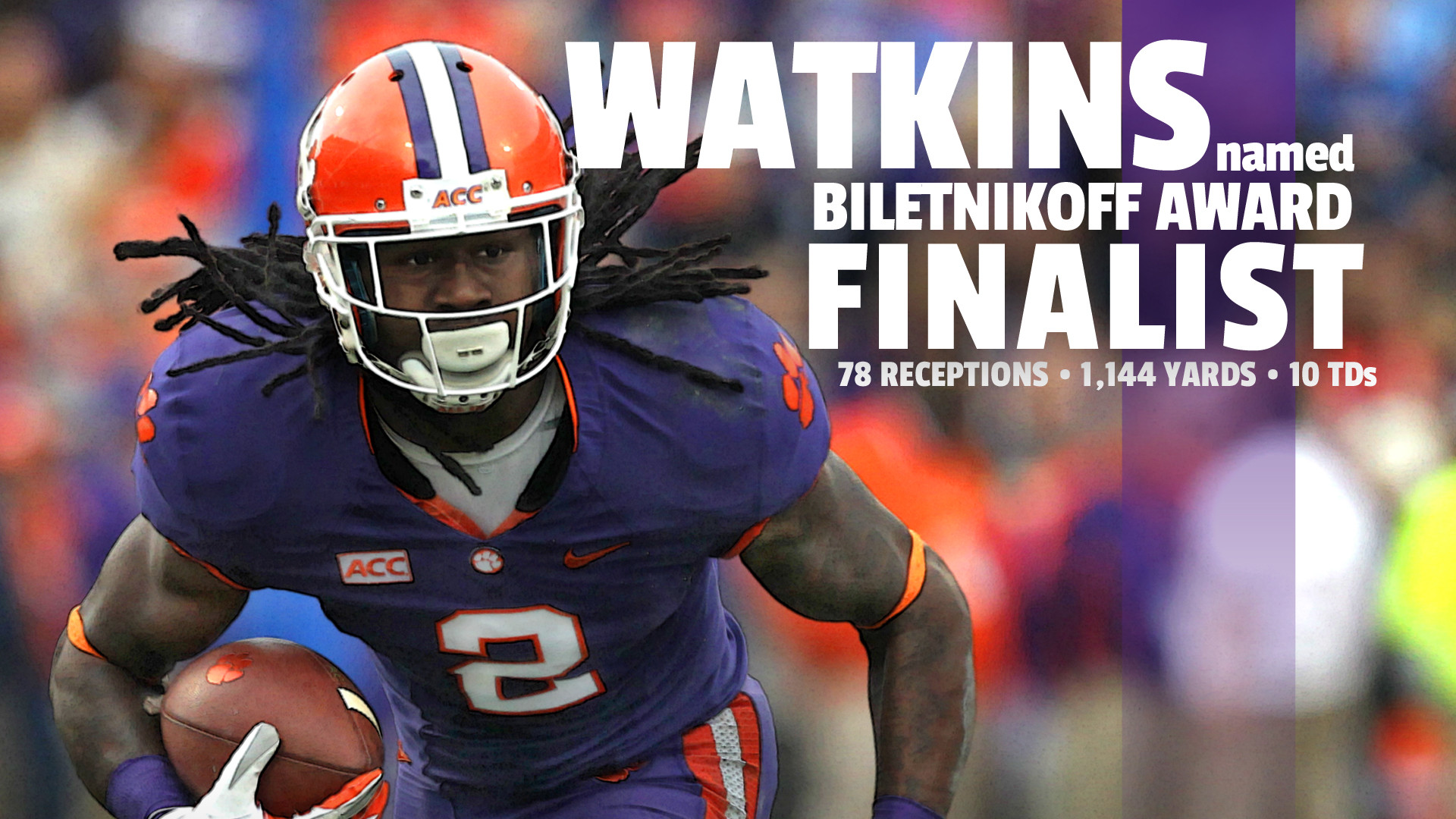 CLEMSON, SC – Clemson receiver Sammy Watkins is one of three finalists for the 2013 Biletnikoff Award. The honor is presented each year to the top receiver in college football. Joining Watkins as finalists are Brandin Cooks of Oregon State and Mike Evans of Texas A&M.

Watkins has 78 receptions for 1144 yards and 10 touchdowns this year. He leads the ACC in 100-yard receiving games with seven, also a single season record at Clemson. The junior from Fort Myers, FL has two touchdown receptions of at least 90 yards this year, the only receiver in the nation who has done that.

Watkins was one of 10 semifinalists for the Biletnikoff Award as a freshman in 2011. But, this year he has advanced to the final three. Four times previously (Tony Horne, 1997, Rod Gardner, 2000, Watkins, 2011 and DeAndre Hopkins, 2012) a Clemson receiver reached the final 10, but never the final three.

Watkins will attend the Home Depot College Football Awards, on December 12 in Orlando, FL. It will be televised by ESPN beginning at 7 PM.