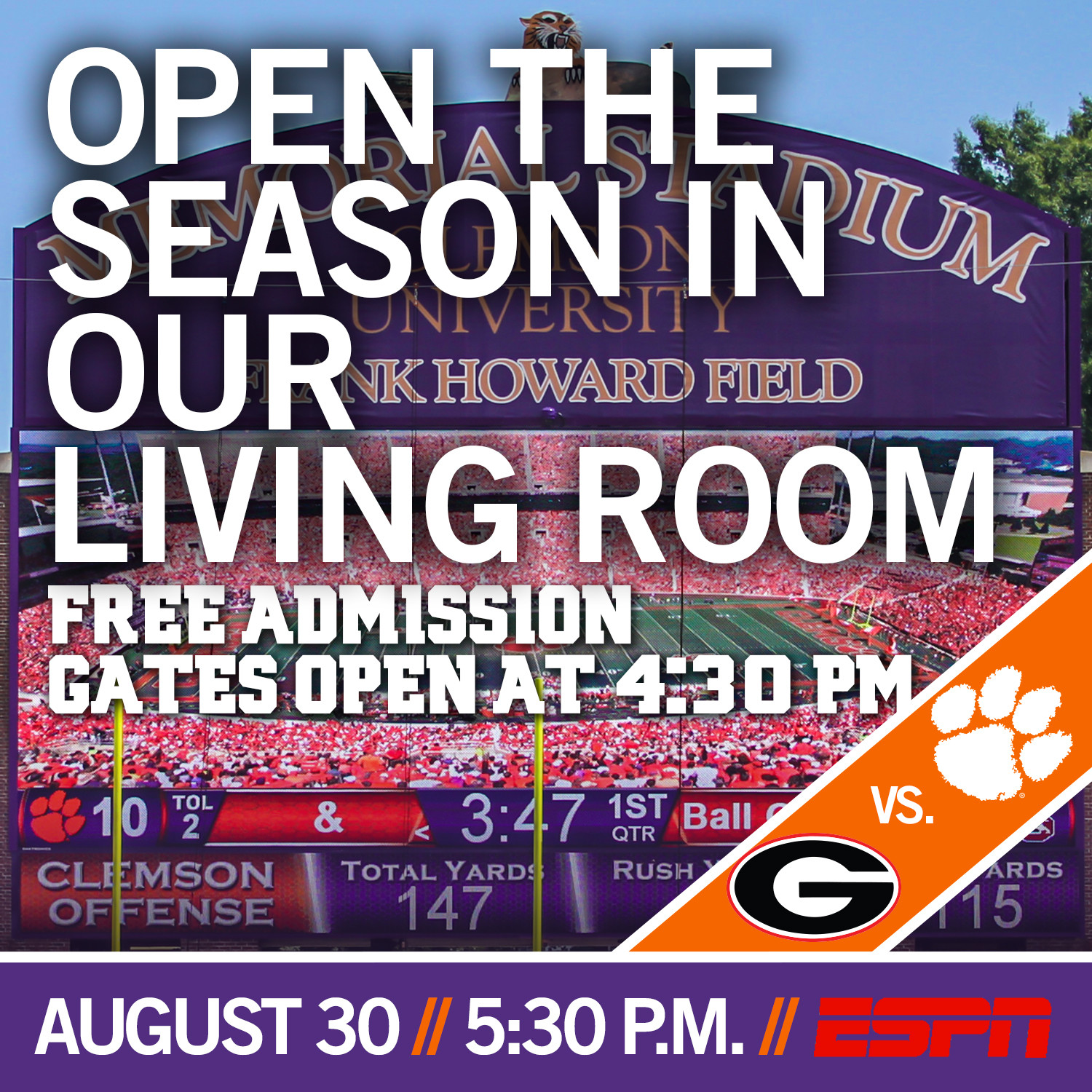 Clemson, S.C. – As Clemson football fans quickly exhausted the school’s 7,500-ticket allotment for the season opener against Georgia in Athens, those without tickets began asking about the possibility of gathering in Memorial Stadium to watch the game on the video boards. Today, Clemson announced plans to open the lower bowl of the stadium and invite students and the community to watch the game together.

“When we heard from fans through social media and email, we began examining the feasibility of opening the stadium, and think this can be a unique experience for our fans wanting to experience a gameday-like viewing from Death Valley,” director of athletics Dan Radakovich said.

For the free event, gates 2, 9, 11 and 13 open at 4:30 p.m. (one hour prior to kickoff), and concessions and novelty stands will be open on the west side of the stadium. The ticket office will also staff the event, selling football single-game, men’s soccer and men’s and women’s basketball tickets at the Gate 11 ticket booth. Dale Gilbert is scheduled to serve in his traditional role of public address announcer, and there will be several giveaways throughout the game.

While no reserved parking or grass lot parking will be available (with the exception of Lot 4, which will be open), parking lots around the stadium will open at 2:30, as will restrooms in Littlejohn Coliseum and Doug Kingsmore Stadium’s Chapman Grandstand.

Gate 2 (beneath the scoreboard) will be open for fans to take photographs of Howard’s Rock, while the hill and the field will be closed to protect the grass.