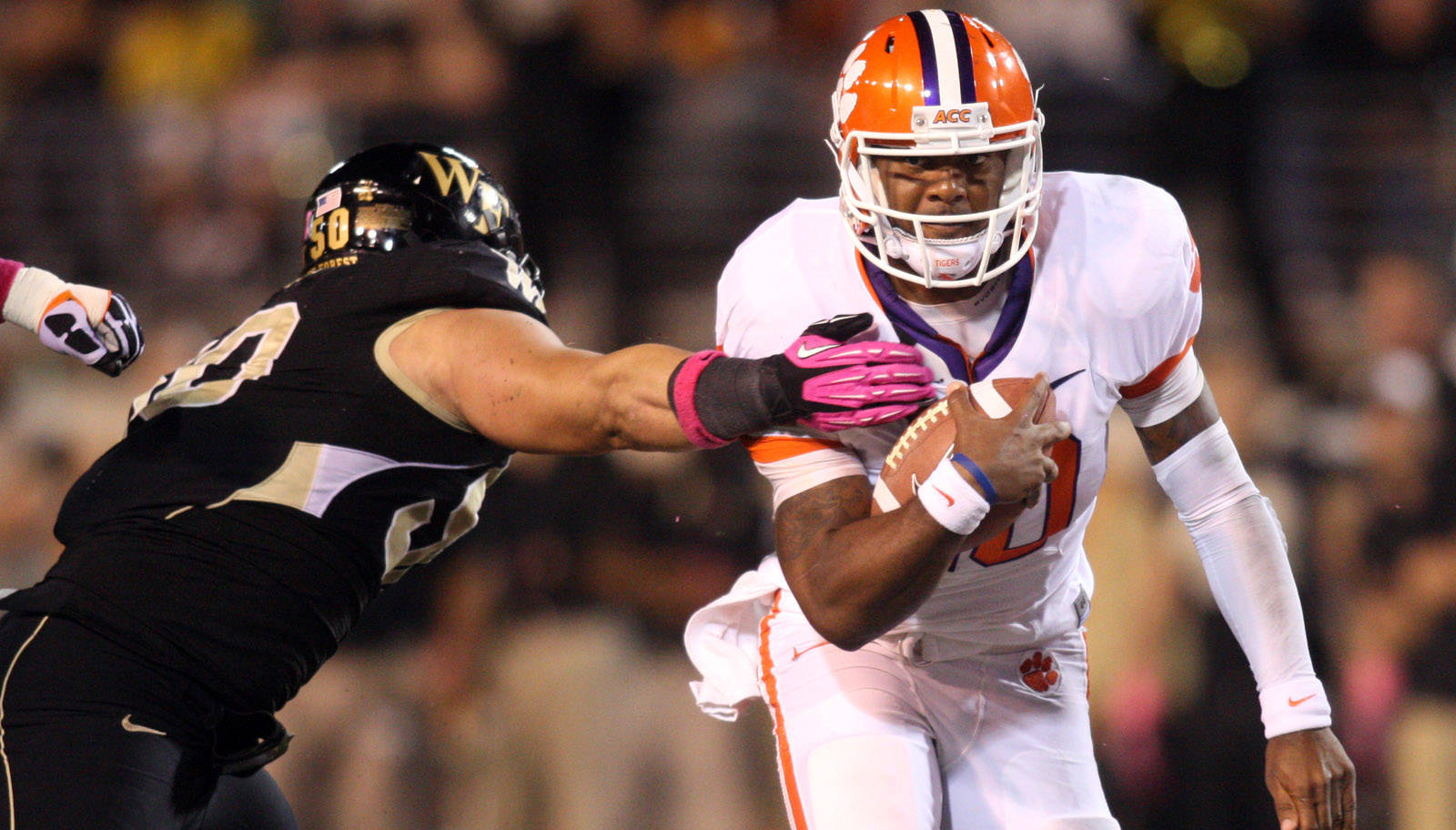 NEW ORLEANS – The Manning Award, sponsored by the Allstate Sugar Bowl, has named Tajh Boyd one of eight quarterbacks as “Stars of the Week.” College football fans can now go to the Allstate Sugar Bowl Facebook page to vote for what they think was the best performance from this past weekend. When voting closes on Thursday at 11 a.m. (Central), the top vote-getter will be announced as the Manning Award Player of the Week.

Teddy Bridgewater, Louisville(24-of-41, 416 yards, 2 TDs, 1 INT)Bridgewater is 8-of-10 for 201 yards and two touchdowns in the fourth quarter alone as the Cardinals come from behind to defeat Cincinnati, 34-31, in overtime.

Ryan Griffin, Tulane(34-of-42, 466 yards, 5 TDs, 1 INT)Griffin leads the Green Wave to a 55-45 win over UAB, setting career-bests for passing yards and touchdowns while tallying his third-straight 300-yard game since returning from injury.

Steele Jantz, Iowa State(36-of-52, 381 yards, 5 TDs, 1 INT)Jantz sets career-highs in passing yards and touchdowns while setting a school-record for completions to lead the Cyclones to a 35-21 victory over Baylor.