Trevor Lawrence was 25-for-38 passing for 329 yards and three touchdowns, including two to Amari Rodgers. Travis Etienne totaled 187 yards from scrimmage, including 73 on the ground and a career-high and Clemson running back record 114 through the air.

Clemson’s defense picked off Virginia quarterback Brennan Armstrong twice. Nolan Turner recorded the Tigers’ first interception of the season in the second quarter, and on the first drive of the second half, Andrew Booth Jr. made a spectacular one-handed interception, the first of his career, in the corner of the end zone. The defense also had three sacks, and has now had multiple sacks in 25 of its last 26 games.

Lyn-J Dixon returned the opening kickoff of the game for a career-long 52 yards, and the Tigers cashed in on the favorable field position with a 47-yard B.T. Potter field goal. Etienne added to the lead with a 16-yard touchdown rush, his second rushing touchdown of the season. With the score, the standout senior tied Florida’s Tim Tebow and Louisiana Tech’s Kenneth Dixon for the FBS record for most career games with a touchdown (38).

Lawrence delivered his first of two second quarter touchdown passes to Rodgers with a 27-yard strike in the back of the end zone. The second touchdown connection, this time for nine yards, gave the Tigers a 24-3 lead. The Cavaliers would score a touchdown of their own to cut the Clemson lead to 24-10 going into halftime.

The Tigers opened the second half scoring off the Booth interception with a 42-yard Potter field goal. The Cavaliers answered with a touchdown before Etienne recorded his second score of the game, this time a four-yard reception, to give Clemson a 34-17 lead.

Chez Mellusi added a fourth quarter two-yard rushing touchdown, his first of the season and first since the 2019 ACC Championship against the Cavaliers, to extend the Tiger lead to 41-17. Virginia added another touchdown before the final whistle blew, but they failed to convert the two-point conversion.

Clemson will once again play in prime time next week when the Tigers host the Miami Hurricanes in a battle of potential Top 10 opponents. Kickoff for that game is slated for 7:30 p.m. ET. 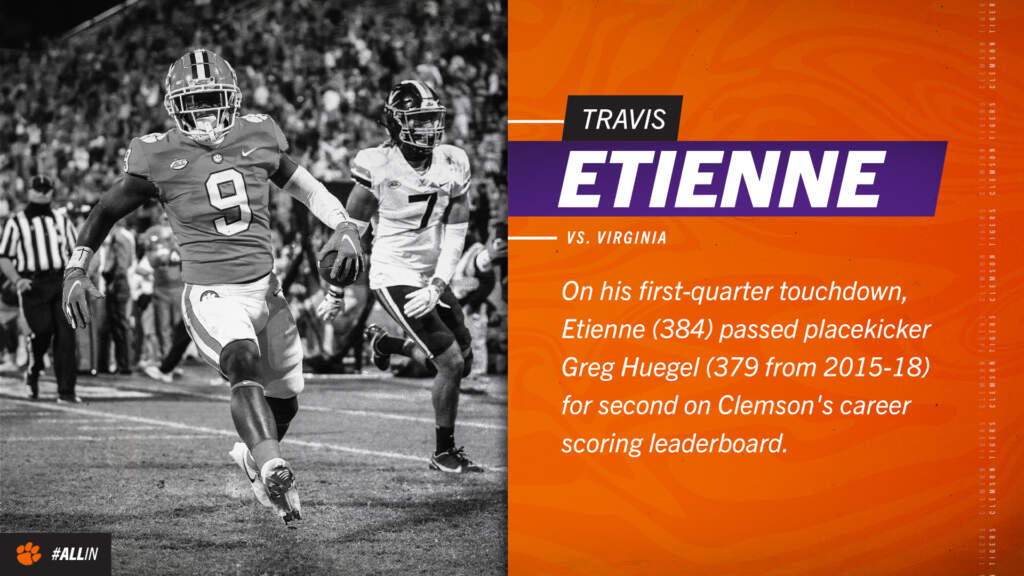 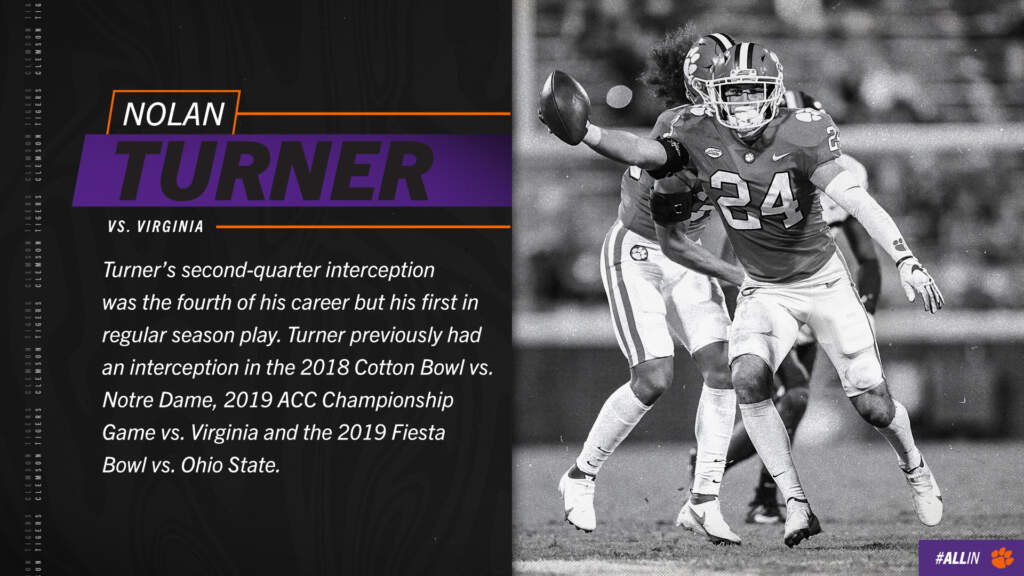 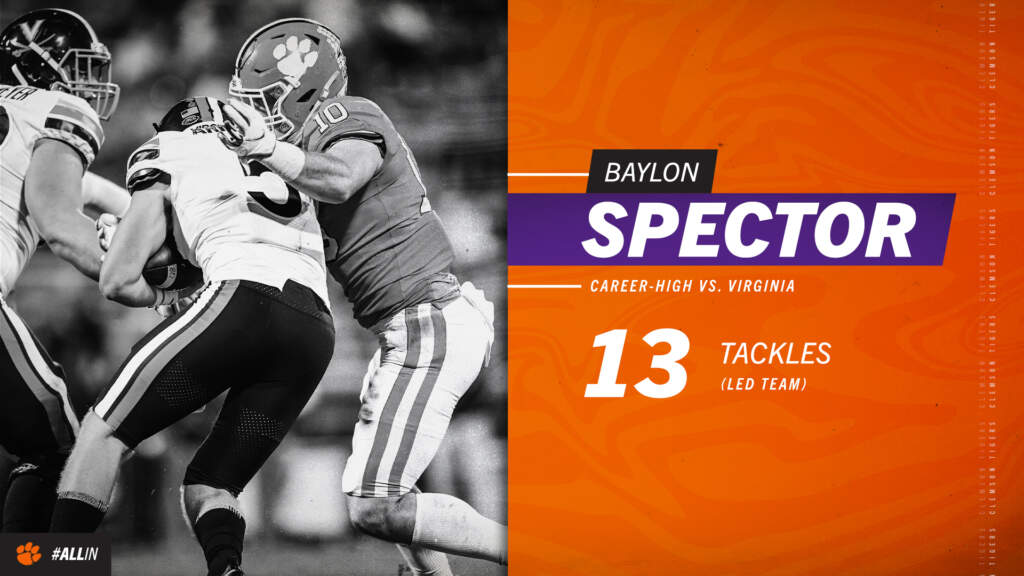 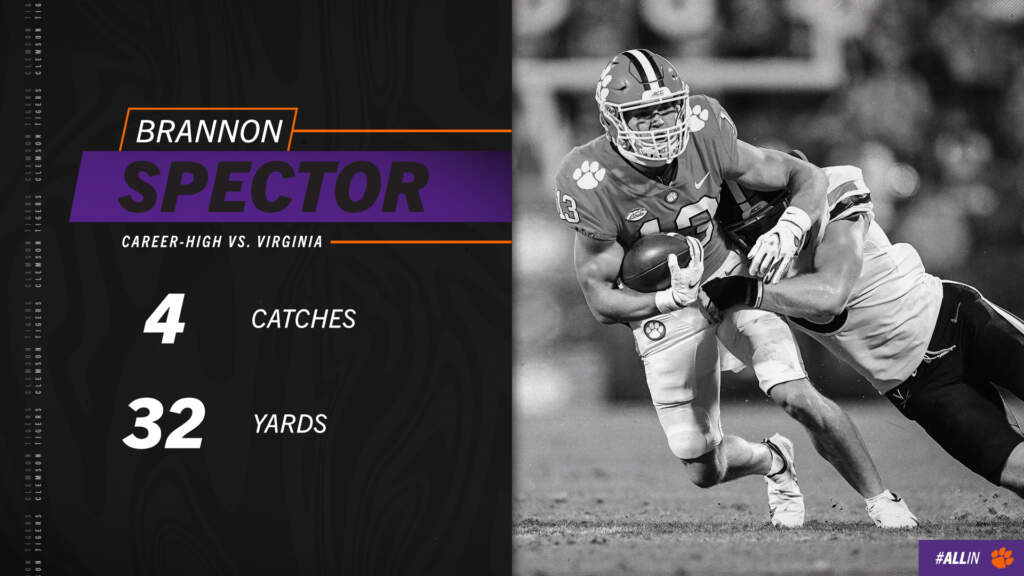