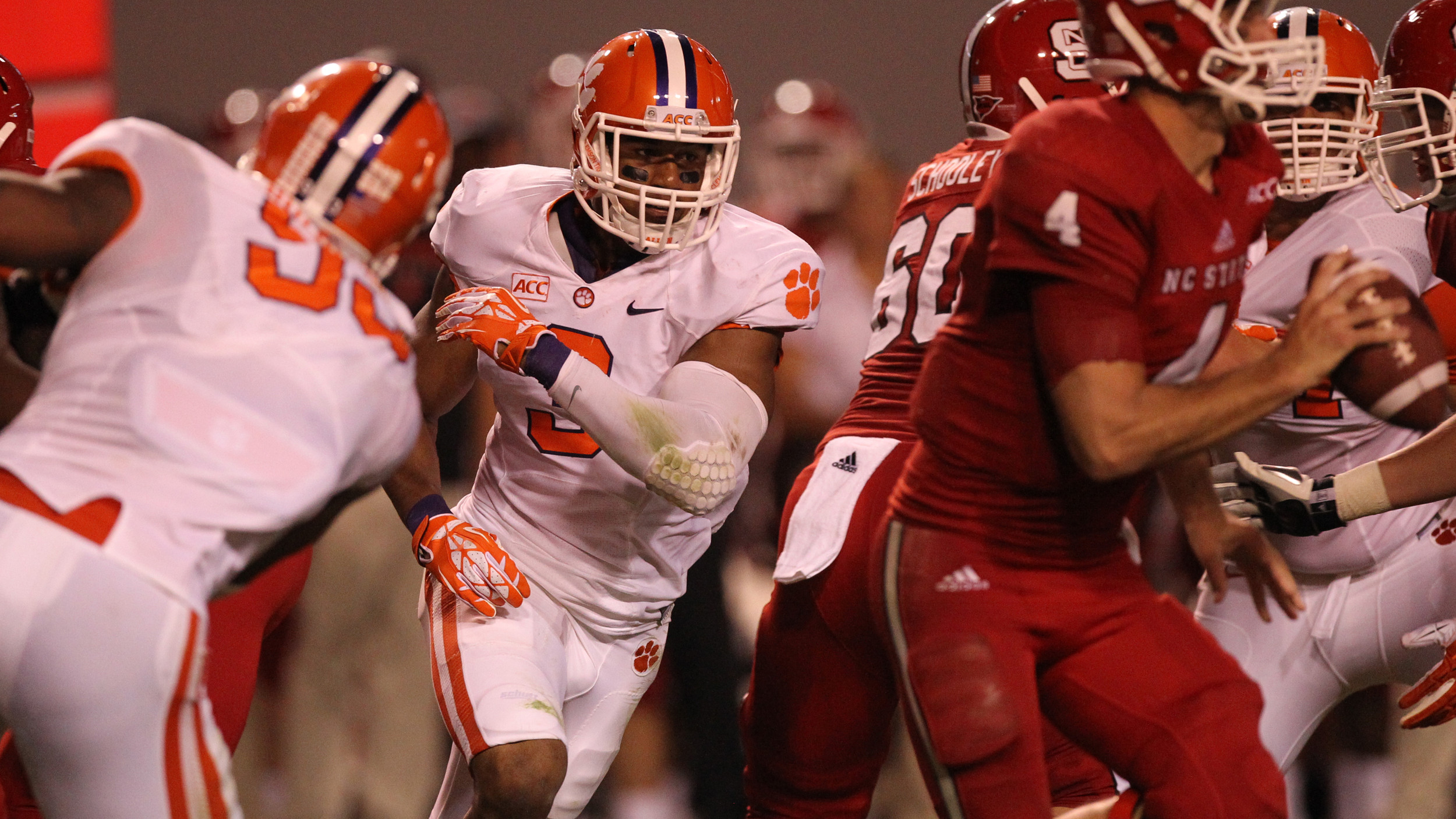 CLEMSON, SC – Clemson defensive end Vic Beasley was named a first-team All-American and wide receiver Sammy Watkins was named to the second team by the Walter Camp Foundation.  The oldest All-America team, which dates to the early 1900s when Walter Camp chose the team, is now selected by FBS sports information directors and head coaches.

Beasley is a junior from Adairsville, GA in his first year as a starter.  He has 12 sacks this year to rank tied for third in the nation, and his 19 tackles for loss rank seventh.  He has four caused fumbles on his 12 sacks.  He is a major reason Clemson is 17th in the nation in scoring defense and 23rd in total defense.

Watkins, who was a first-team All-American as a freshman all-purpose player in 2011, has 85 receptions for 1,237 yards and 10 touchdowns this year.  He has had seven 100-yard receiving games this year, a single-season Clemson record.  The native of Fort Myers, FL needs just four catches in the Orange Bowl against Ohio State to establish a Tiger single-season record for receptions.  He needs nine catches to become Clemson’s career leader in that category.