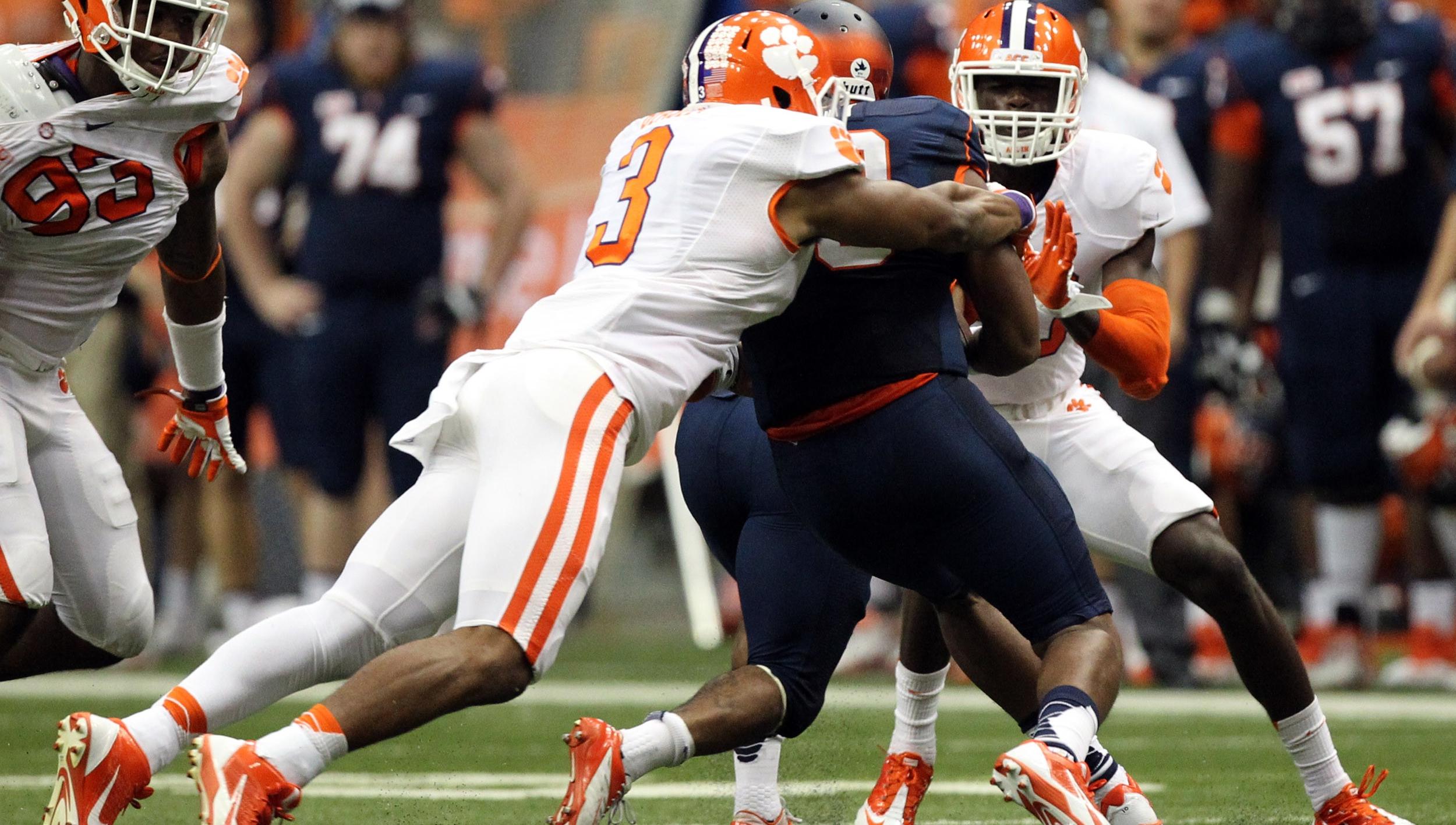 Vic Beasley One of Top 25 Players by Sporting News

CLEMSON, SC – Vic Beasley is listed as the 10th best player in the nation, third among defensive players by the Sporting News in its Pre-Spring Practice ranking. The rising senior is one of just three 2013 Consensus All-Americans returning for the 2014 season.

The only defensive players ranked ahead of Beasley by the Sporting News are Leonard Williams of Southern California, and Randy Gregory of Nebraska. He is also third among ACC players, trailing only Jameis Winston and Cameron Erving of Florida State.

The native of Adairsville, GA made an incredible improvement last year. As a sophomore in 2012, Beasley played just 288 snaps and did not start a game, but he had eight sacks to lead the Clemson team. Then this year he started every game on Clemson’s 11-2 team that finished the season seventh in the nation.