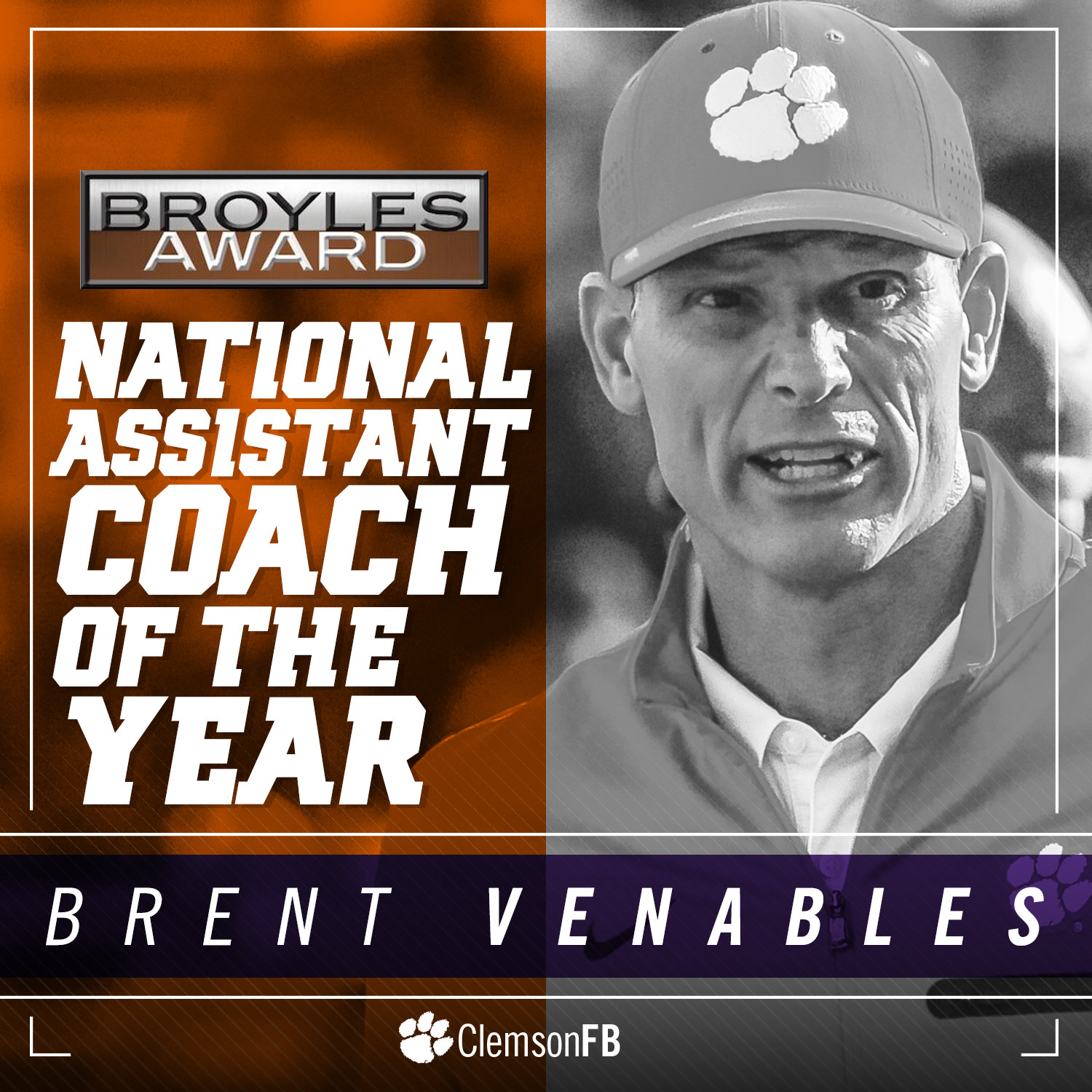 Clemson, S.C.—Clemson Defensive Coordinator Brent Venables has won the 21st annual Frank Broyles Award. It is presented each year to the top assistant coach in college football and is given in honor of former Arkansas coach Frank Broyles. The announcement and award presentation was made Tuesday afternoon in Little Rock, Arkansas.

“This is a great honor for Brent and well deserved,” said Head Coach Dabo Swinney. “ He has done an outstanding job for us his entire time at Clemson (since 2012).   This year he had to replace seven starters from our 2015 team and we are still a top 10 defense in many categories, including total defense. He had to replace three starters in the secondary and we are fifth in the nation in pass efficiency defense.

“This has been a great week for our staff because Dan Brooks won the Assistant Coach of the Year Award from the American Football Coaches Association. Clemson coaches won the two major assistant awards presented.”

Despite having to replace six starters from last year who are on 2016 NFL roster, the Tigers are ranked in the top 25 in the nation in 14 difference defensive categories this year. That incudes third in the nation in sacks and tackles for loss, fifth in third-down defense and pass efficiency defense, sixth in yards per play allowed, seventh in interceptions, ninth in total defense and 12th in scoring defense.

The play of Venables’s defense is a big reason Clemson has a 12-1 record and is ranked second in the nation in the College Football Playoff Poll. The Tigers face Ohio State in the PlayStation Fiesta Bowl on December 31 in Glendale, Arizona.