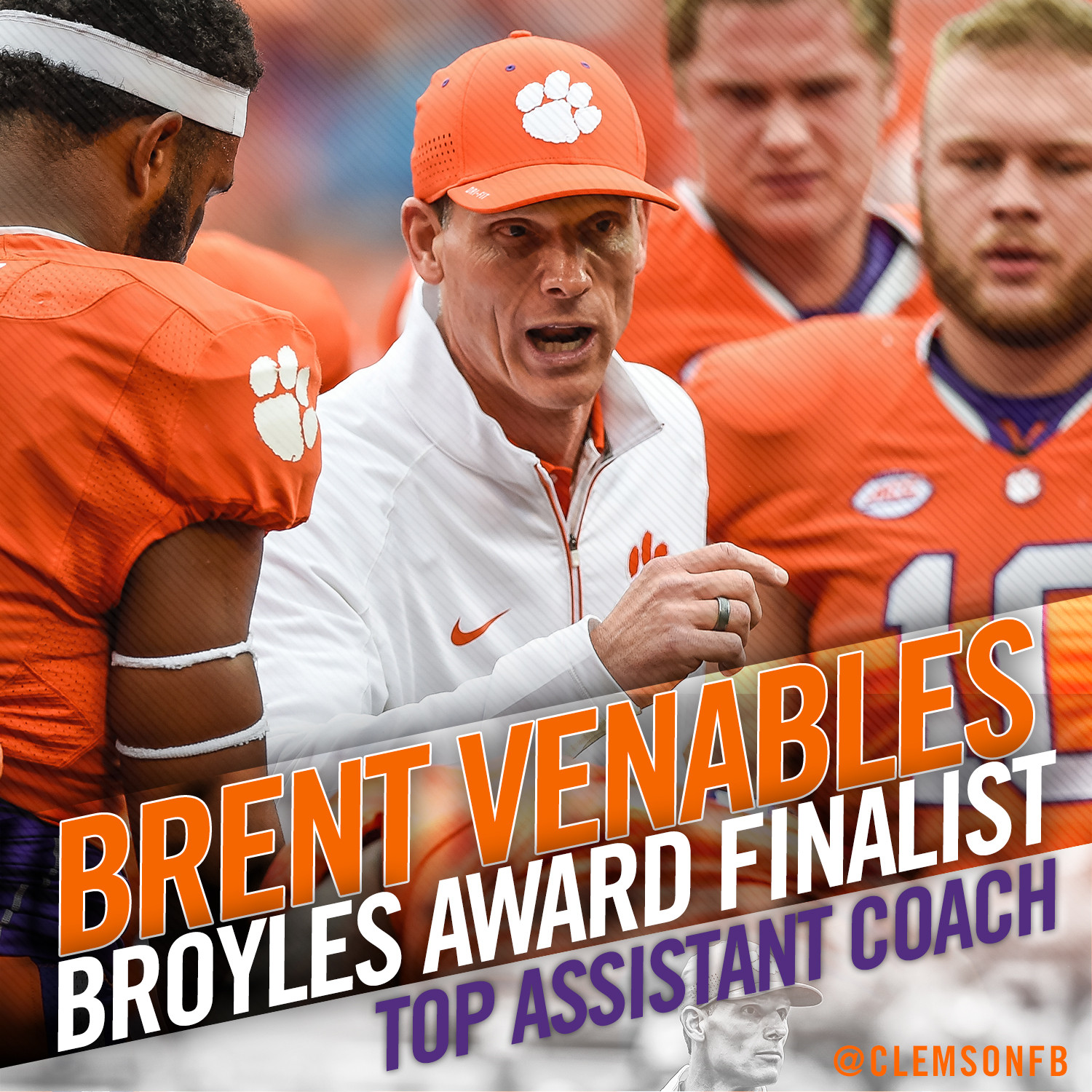 Venables was one of five finalists for the honor. The others are Kirby Smart of Alabama, Kendal Briles of Baylor, Gene Chizik of North Carolina and Lincoln Riley of Oklahoma.

Venables will lead his Clemson defense into the ACC Championship game against North Carolina on Saturday. Both defensive coordinators in that game are Broyles finalists.

Clemson ranks No. 1 in the nation for the fourth straight week by the Associated Press and has been No. 1 in each of the first four College Football Playoff polls.  The Tigers are 12-0 for just the second time in school history.   The Tigers are just the seventh ACC team with 12 wins in a season.

Venables is in his fourth year at Clemson and the Tigers have a 44-7 record during that time.  He led Clemson’s defense to a No. 1 national ranking in total defense last year.

This year the Clemson defense leads the nation in pass completion defense, first downs allowed, third down conversions and pass completion percentage.  Clemson has allowed the opposition to complete just 47.4 percent of its passes, best in the nation this year and on pace to be the best by any team since 2008.

Clemson is seventh in the nation in total defense this year, allowing 288 yards per game.