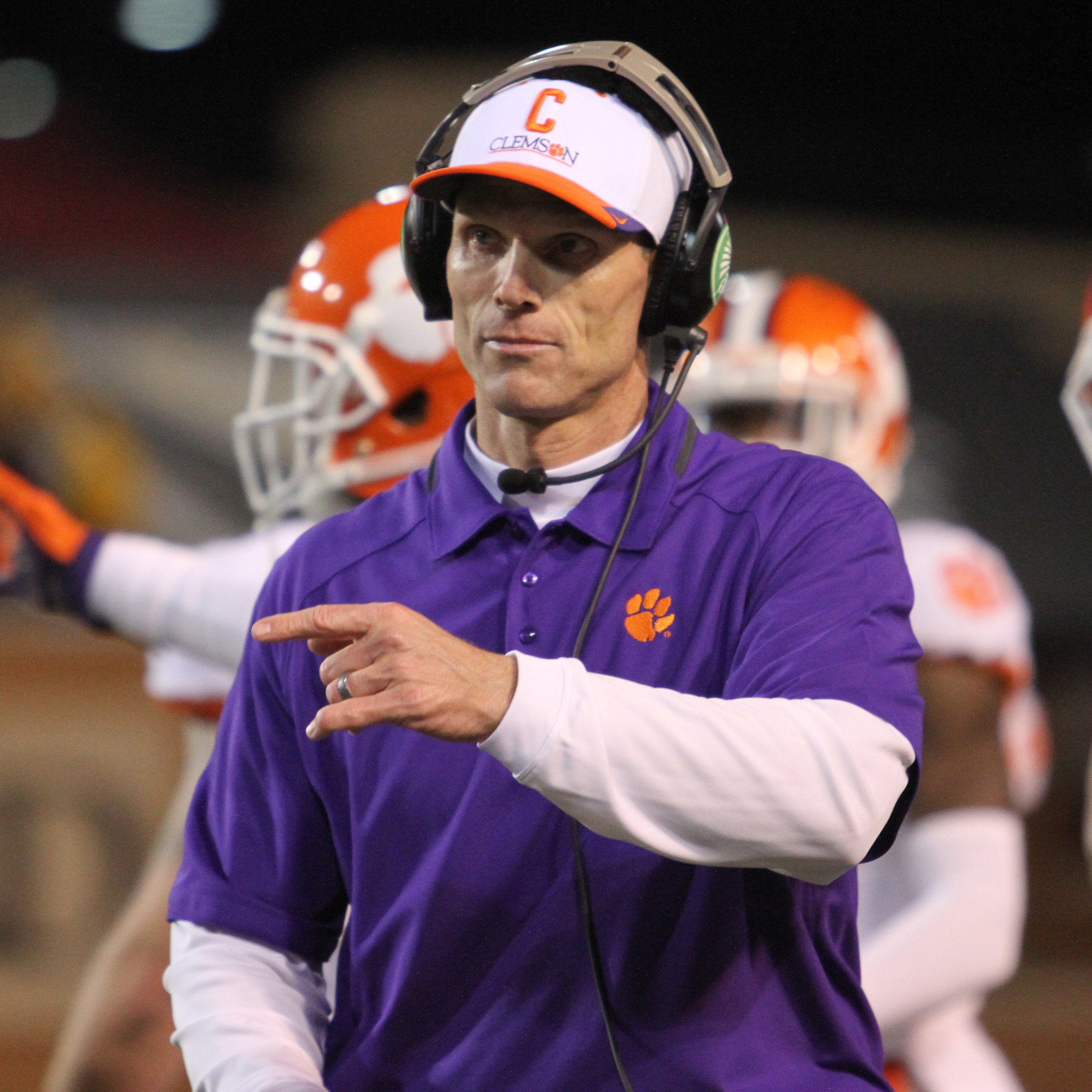 CLEMSON, S.C. – Clemson Assistant Coach Brent Venables has been named Defensive Coordinator of the Year by Footballscoop.com.  The website that covers college football on a national basis made the announcement on Thursday. Venables has guided the Clemson defense to a number-one ranking in seven different statistical categories this year, including total defense, tackles for loss, and yards per play.   Clemson led the nation in tackles for loss last year with 122, and that is the total Clemson has entering the bowl season. The Tigers have allowed 259.6 total yards per game, the best by a Clemson defense since the 1990 team led the nation by allowing just  219 yards per game.  Clemson is ranked third in pass defense (162 yards per game) , seventh in rush (98 yards per game)  defense and seventh in scoring defense. (17.6 point per game). Clemson is the only defense in the nation to rank in the top 10 nationally in all four of those statistics. Clemson  ranks in the top 10 in 19 different statistical categories overall. Clemson had four players named first-team All-ACC this year according to the ACC Coaches, more than any other school.   Those players are defensive end Vic Beasley, defensive tackle Grady Jarrett, linebacker Stephone Anthony and cornerback Garry Peters. Beasley was a first-team All-American and a finalist for the Lombardi Award, the Bednarik Award and the Hendricks Award, and was named the ACC Defensive Player of the Year.  He enters the bowl season with 11 sacks and 18.5 tackles for loss, both best in the ACC. “Brent is well deserving of this award,” said Head Coach Dabo Swinney. “He has done a fantastic job since he has been at Clemson and we have seen our defense improve each year he has been here.   This year we are first in total defense and that has not been done around here in a long time.