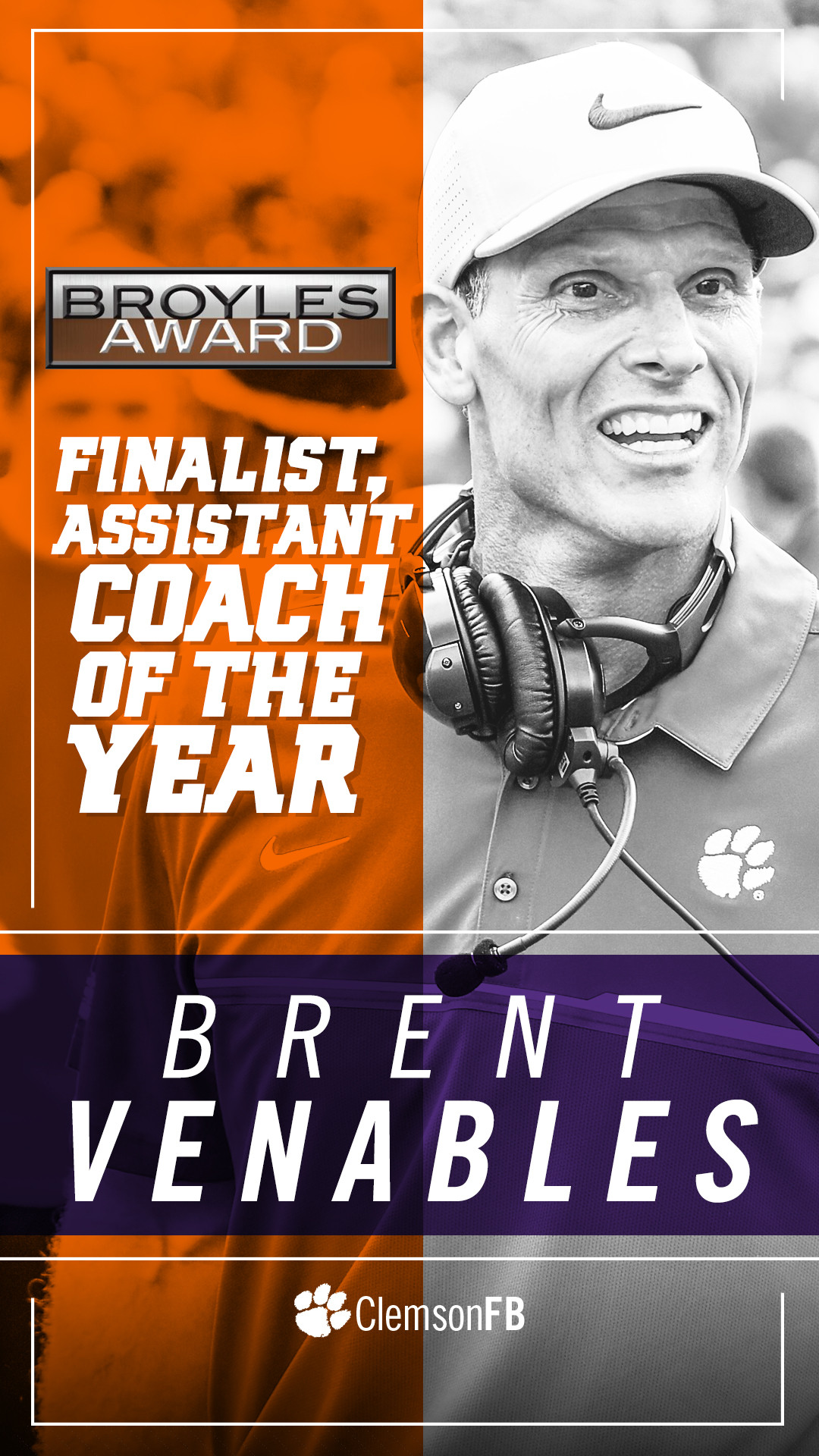 Clemson, S.C.—Clemson Defensive Coordinator Brent Venables is one of five finalists for the 2016 Frank Broyles Award. The honor is presented each year to the top assistant coach in college football.

Venables is a finalist for the award for the second consecutive year. Despite having to replace seven starters from the 2015 Clemson team that finished with a 14-1 record and second in the final national rankings, the Clemson defense ranks eighth in the nation in scoring defense, eighth in total defense, seventh in pass efficiency defense, fourth in sacks and second in tackles for loss.

The play of Venables’s defense is a big reason Clemson has an 11-1 record and is ranked third in the nation in the latest Associated Press and Amway Coaches Polls. The Tigers face Virginia Tech in the ACC Championship game in Orlando on Saturday.

The Broyles award was established in 1996 to recognize legendary head football Coach Frank Broyles. Coach Broyles had a track record of producing some of the most successful assistant coaches in college football history. The winner of the 2015 Broyles Award was Lincoln Riley, University of Oklahoma.

This year marks the first time the Frank & Barbara Broyles Foundation has presented the award. Proceeds from the 2016 Broyles Award will go to support the mission of the Broyles Foundation; to educate, support, and connect with Alzheimer’s caregivers.