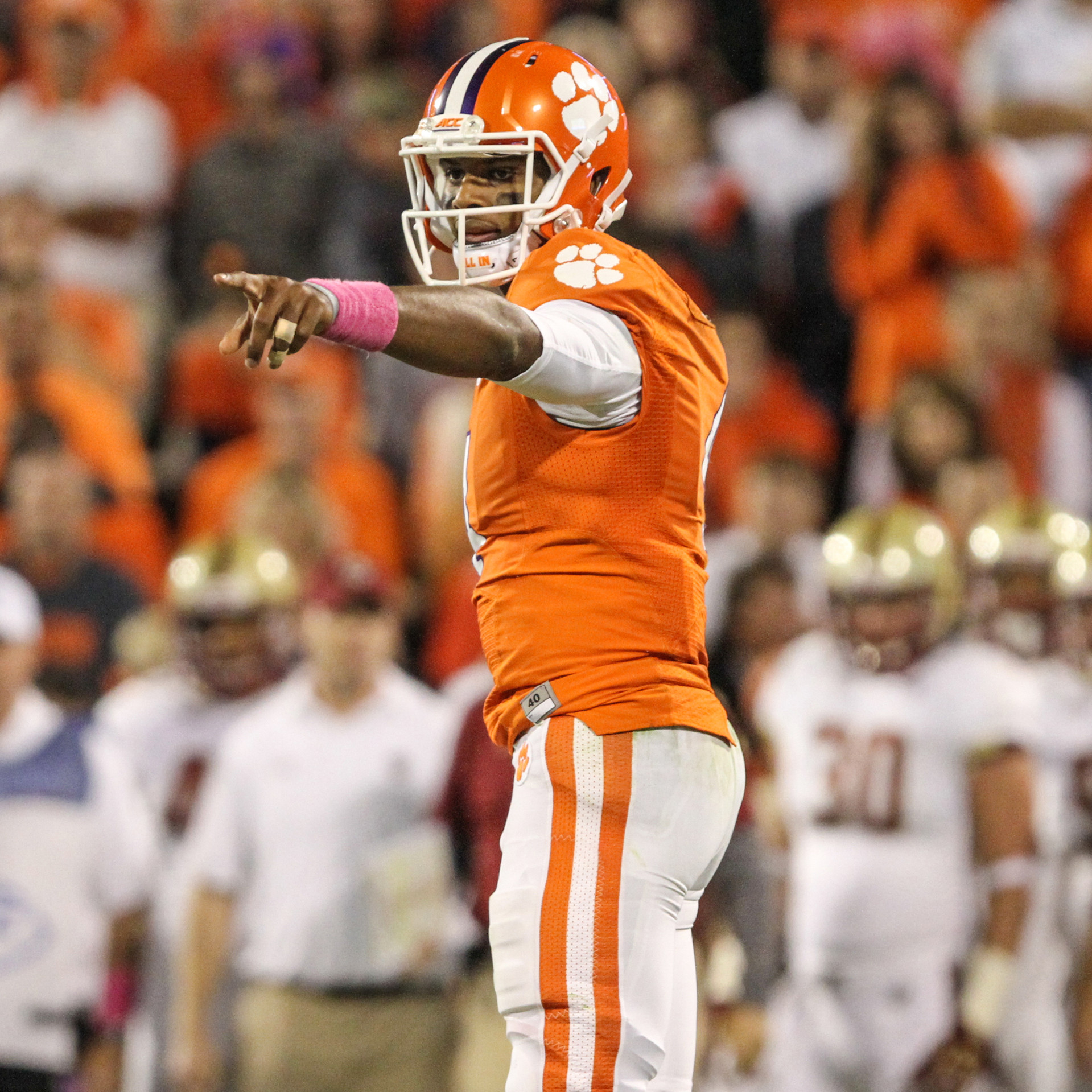 • Prior to Dabo Swinney’s arrival at Clemson, the program had one win over a top-three ranked team. In eight full seasons, Swinney has five wins over top-three teams, including three in 2016.

• Clemson had a school-record seven wins by seven points or less in 2016. Frank Howard’s 1948 team had the old Tiger record with six.

• Clemson was 5-0 on opponents’ home fields for the second straight year. It marked the first time in history the Tigers were undefeated on the road in consecutive seasons.

• Clemson outscored the opposition 70-3 in the first quarter of the five games on opponents’ home fields in 2016.

• Clemson is 6-0 the last two years against schools with a Notre Dame graduate as athletic director.

• Clemson averaged at least 8.0 yards per play in wins over Louisville and Boston College, the first time in school history it did that twice in one year.

• Clemson had five turnovers in its win over Louisville, the first time in 31 years (1985 Virginia Tech game) the Tigers won a game with five turnovers.

• Pittsburgh had 412 yards of total offense at the end of the third quarter in the game at Clemson on Nov. 12. The area code for Pittsburgh is 412.

• When Clemson defeated Ohio State in football and Wake Forest in men’s basketball on Dec. 31, 2016, it marked just the second time Clemson won a football game and men’s basketball game on the same day. The only other day was Dec. 29, 1978. The football victory that day was also over the Buckeyes.

• On the morning of Jan. 9, 2017, Danny Ford was named a member of the 2017 College Football Hall of Fame class and Clemson beat his alma mater to win its first national title since 1981, when Ford was the Tigers’ head coach.

• When Clemson defeated No. 1 Alabama to win the national title on Jan. 9, 2017, it was the Tigers’ first football win against a top-ranked team. On Jan. 9, 1980, Clemson beat No. 1 Duke in men’s basketball for its first hoops win over a top-ranked team. So the initial wins over No. 1 in the two major sports were exactly 37 years apart.

• In the last four years, only two players in the nation have had at least 300 passing yards, 90 rushing yards and five touchdowns in a victory over a top-10 team, Tajh Boyd against Ohio State on Jan. 3, 2014 and Deshaun Watson against Louisville on Oct. 1, 2016.

• Entering the Alabama game, Dabo Swinney had 88 wins at Clemson. He wore #88 during his career as an Alabama wide receiver.