As a senior in high school, Ty Lucas had his whole college future planned out, or so he thought. The Columbus, Ga. native planned on going to Georgia State to play running back. But while communicating with his father, who was deployed in Afghanistan, he suggested that his son attempt to become a walk-on at a university where his degree would mean more…a university like Clemson.

Despite being a life-long South Carolina fan, Lucas took his father’s advice into consideration and asked his high school coach, who had previously coached at Florida State, about talking to Dabo Swinney since the two knew each other. Later that year after discussing it with Swinney, he received the invitation to play at Clemson as a walk-on.

He was known as quite the star athlete at Chattahoochee High School, as he competed in baseball, basketball, football and wrestling, never skipping a season for each sport. Being known as one of the top players at his high school, it took him a week at Clemson to recognize that football was no joke.

“I was more nervous than excited once I got here, because after my first few weeks, I knew it would be nothing like playing in high school. As a running back, I came here playing behind Travis Etienne, Tavien Feaster and Adam Choice. There were so many good players.”

Although he played running back throughout high school, Lucas was able to learn so much about the position while playing with some of the best running backs in the nation.

“I’ve played running back my entire life, and for me, it makes football fun. I like being able to run around and make plays happen and believe I’m really doing something for the team.”

Being on the offensive side of the ball, Lucas has been able to gain a lot from Offensive Coordinator Tony Elliot about playing the game, but even more about life.

“I’ve learned a lot from Coach Elliot about becoming a man and have learned about life just as much as I have football from him.”

While he has learned many life lessons playing football at Clemson, Lucas had already experienced many of the hardships in life from growing up with a father in the military.

“The toughest challenge I’ve faced while being at Clemson is having my family so far away. My father is in the military, and my family was stationed in Hawaii during my freshman and sophomore years. In my junior year until now, they’ve been stationed in California.”

Three years ago at the Military Appreciation Day game, Lucas got the biggest surprise of his life, as his father, who had been in Afghanistan for the previous nine months, came to the game.

“I was totally not expecting it at all. Two weeks before that game, I had heard that my dad was coming back after not seeing him for almost a year. Then I got a call from Afghanistan and it was my dad telling me that he wouldn’t be able to come home for another four months. It was terrible to hear because there was nothing I could do about it, but I told him I would see him once he returned.

“As we are walking off the field to the locker room after that game, I heard someone yell and he hit my chest, and when I looked up, I was blown away and had no idea that he would be there.

“Being a military kid has really shown me what my dad, veterans and other military people have gone through. It is like football camp every day for them, then they give the ultimate sacrifice. Him being in the military and being able to experience it is definitely eye opening and has given me a different perspective on life.” 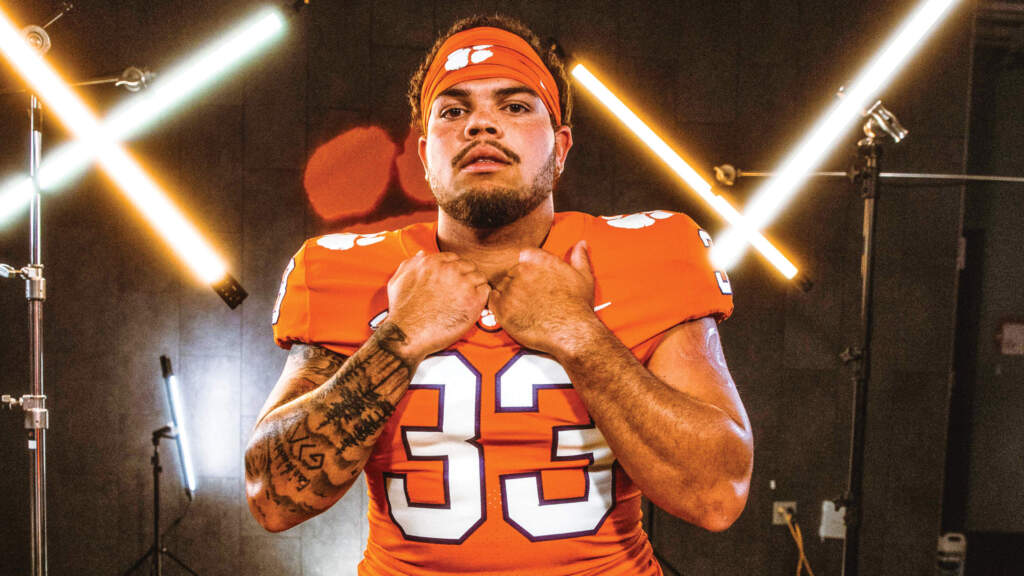