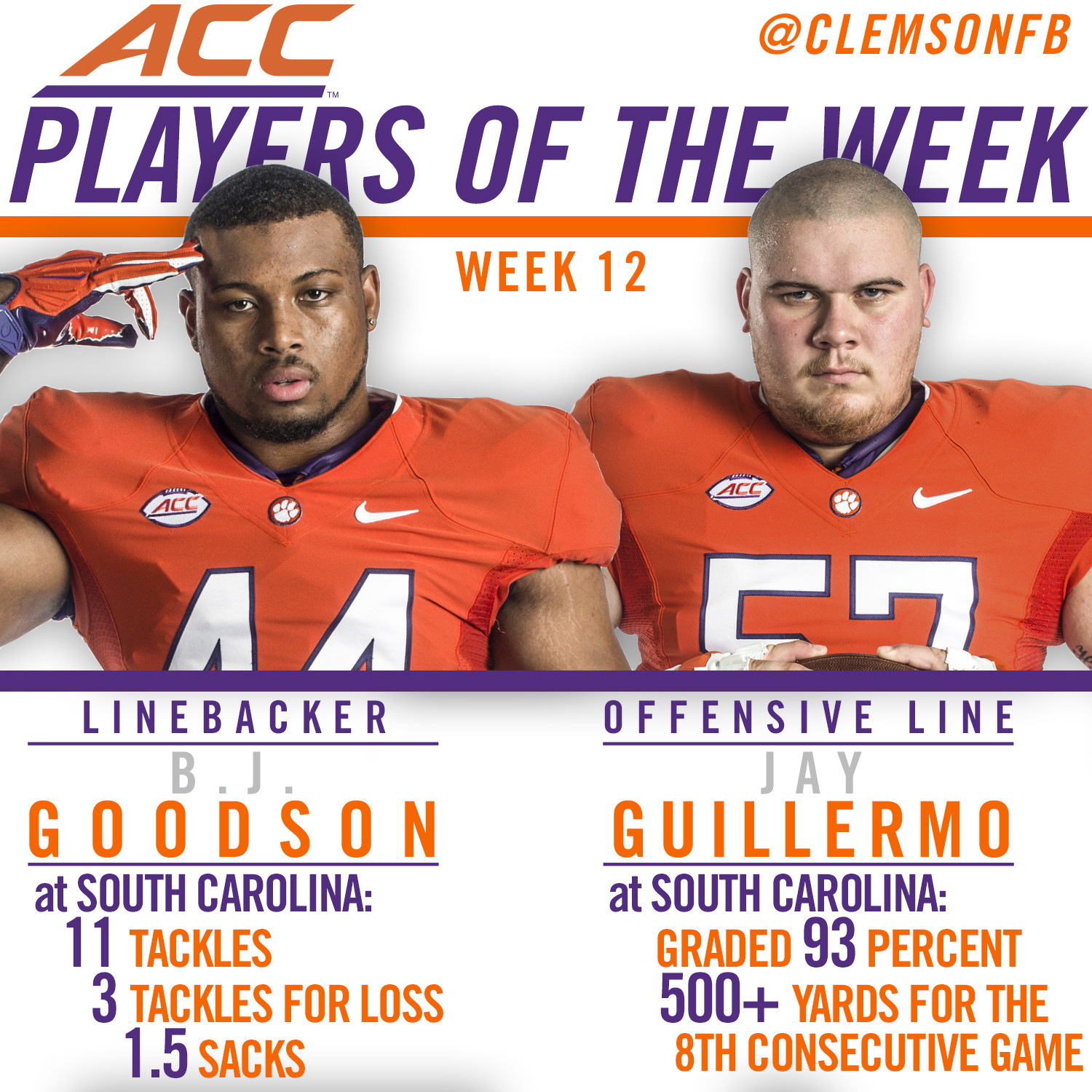 CLEMSON, S.C. — Two Clemson players were awarded weekly honors Monday by the voting committee within the Atlantic Coast Conference. Jay Guillermo was named ACC Offensive Lineman of the Week, while B.J. Goodson collected the Linebacker of the Week honor after Saturday’s 37-32 win at South Carolina.

The two players were instrumental in helping Clemson clinch an undefeated, 12-0 regular season. Guillermo graded 93 percent at the center position, while playing 70 of the team’s 74 snaps. He helped pave the way for an offense that attained 500 or more yards for an eighth consecutive game, a school record. Monday’s honor was Guillermo’s third of the season. He previously collected the award after wins over Georgia Tech and Boston College.

Goodson was a big factor defensively, totaling 11 tackles according to coaches’ film. His productivity included three tackles for loss, giving him 15 for the regular season. He also had 1.5 sacks to bring his season total to 5.5 for the year. The honor was Goodson’s third of the season. He also was named ACC Linebacker of the Week following performances against Notre Dame and Florida State.